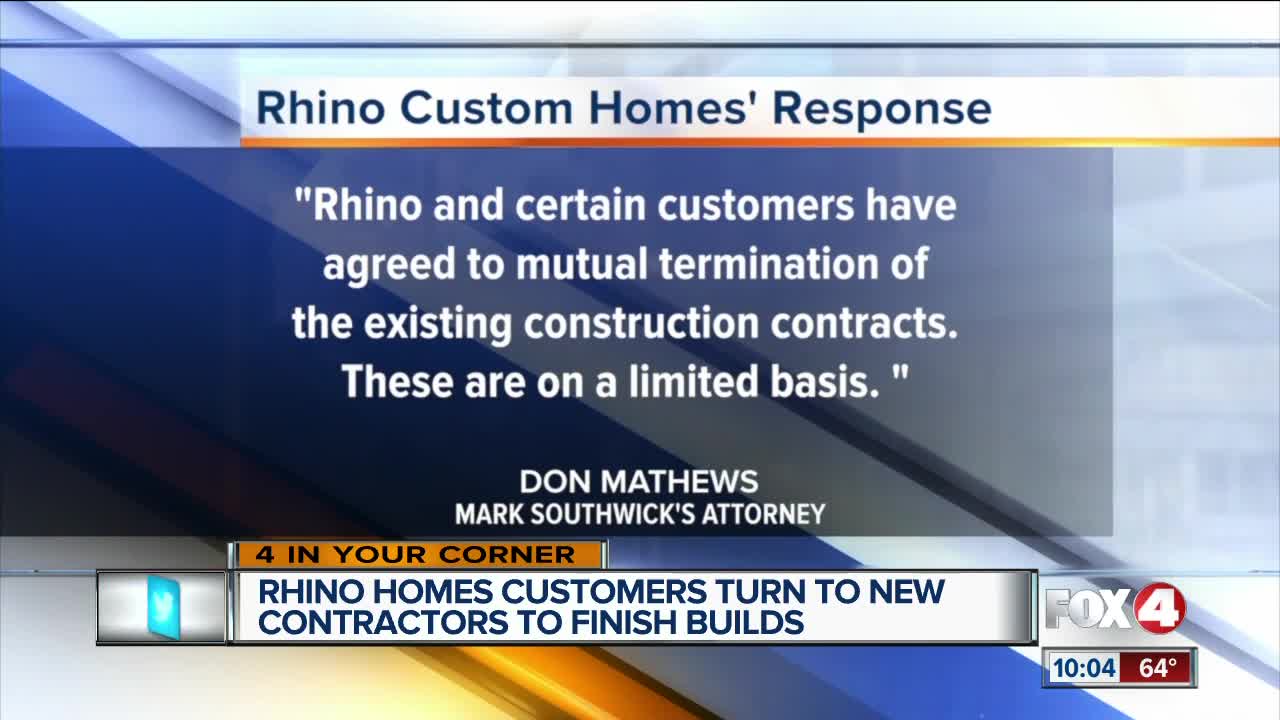 Homeowners are finding new contractors to finish their homes after they said Rhino Custom Homes took their money and failed to deliver. 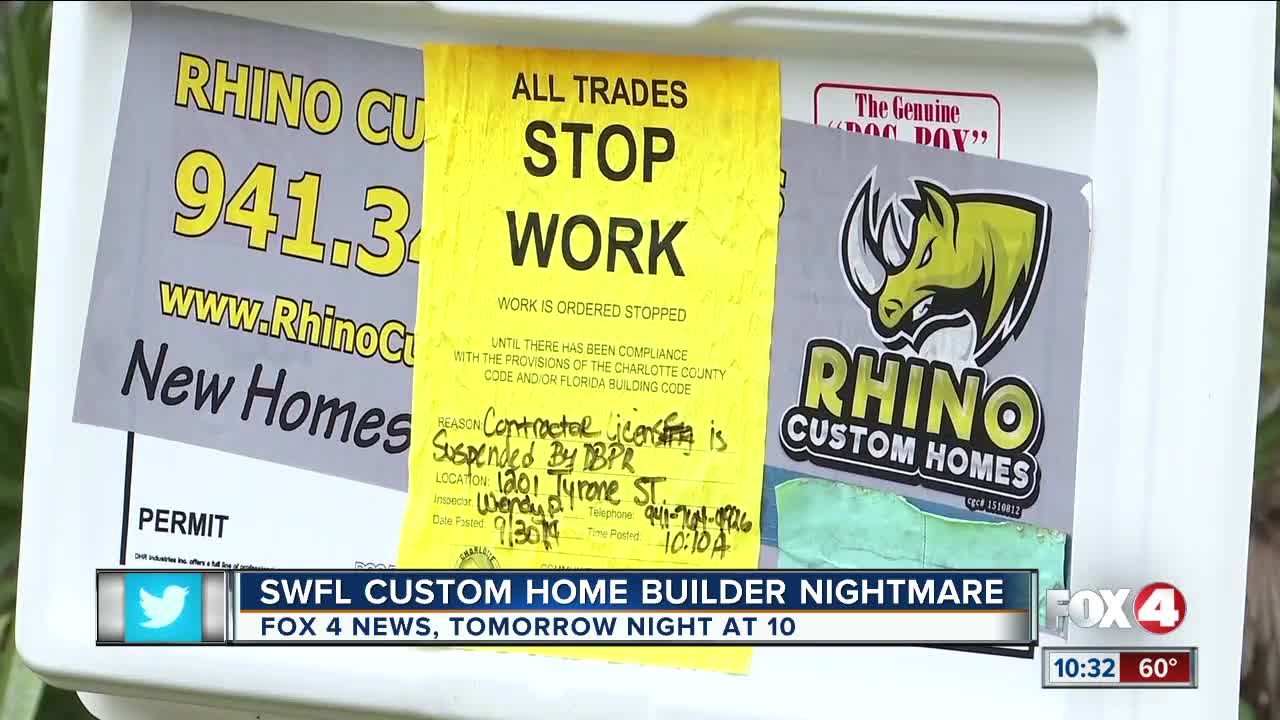 LEE COUNTY, Fla. — Dozens of homeowners are finding new contractors to finish their homes after they said Rhino Custom Homes took their money and failed to deliver.

Meredith Winner and her boyfriend Clyde Hughes flew down from New Jersey to take their first glance at what was supposed to be a dream home in Lehigh Acres. Winner said she was disappointed to say the least.

Staring out the window frame of the home she expected to be completed back in March, Winner explaied how she said Rhino Custom Homes owner Mark Southwick failed to keep promises on several completion deadlines.

“Deception is fraud, and that’s what we basically dealt with here this whole entire project,” she said.

She’s filed a complaint with the state licensing board. Now she’s made plans to sign on with a new contractor — and she’s not alone.

David Haas also filed a complaint with the Florida Department of Business and Professional Regulation’s licensing board. He said it’s the only way to hold Southwick accountable.

“He’s always got excuses on what’s going on,” Haas said to Fox 4 in September.

Joe Barwick told Fox 4 in July that his home on Bokeelia was supposed to be finished last November.

“I feel like I’ve been ripped off,” he said.

Fed up with the delays, Winner and Barwick are now joining other Rhino customers like Nicole Hummel and her husband who said at this point, they’ll finish the build themselves.

“I want to move into my house. That’s what I want! That’s all I want,” said Hummel.

Hummel's home has been close to completion for several months. But the last time Fox 4 covered Rhino complaints in September, Southwick’s attorney sent a statement that said Hummel could move into her home by the end of September. But she still waiting.

So, now she and her husband are going through the process to become owner-builder of their home, which she said will cost at least another $15,000.

“From talking to other customers, I don’t think anybody expected that this is where we would be at,” she said.

And, Fox 4 found yet another roadblock in getting these homes finished.

The suspension came on the same day Hummel said Southwick promised her she could move in.

“I wasn’t surprised,” said Hummel. “At this point I’m beyond anger. Because I don’t even know what to do.”

“Rhino and certain customers have agreed to mutual termination. He also plans to get his license reinstated once one of his permits passes inspection.”

Subcontractors told Fox 4 Southwick has failed to pay them too.

Pritchett said on top of unpaid invoices, Southwick’s last check for $7,000 bounced. He said a couple things will fix all this.

As for Barwick, he said it’ll cost him another $20,000 to complete his home with someone else. Winner and Hughes said they’ll have to dish out at least another $50,000.

“The dream has turned into a nightmare,” said Hughes.

Charlotte County told Fox 4 if Southwick works on any of his contracted homes while his license is suspended, he could face criminal misdemeanor charges.