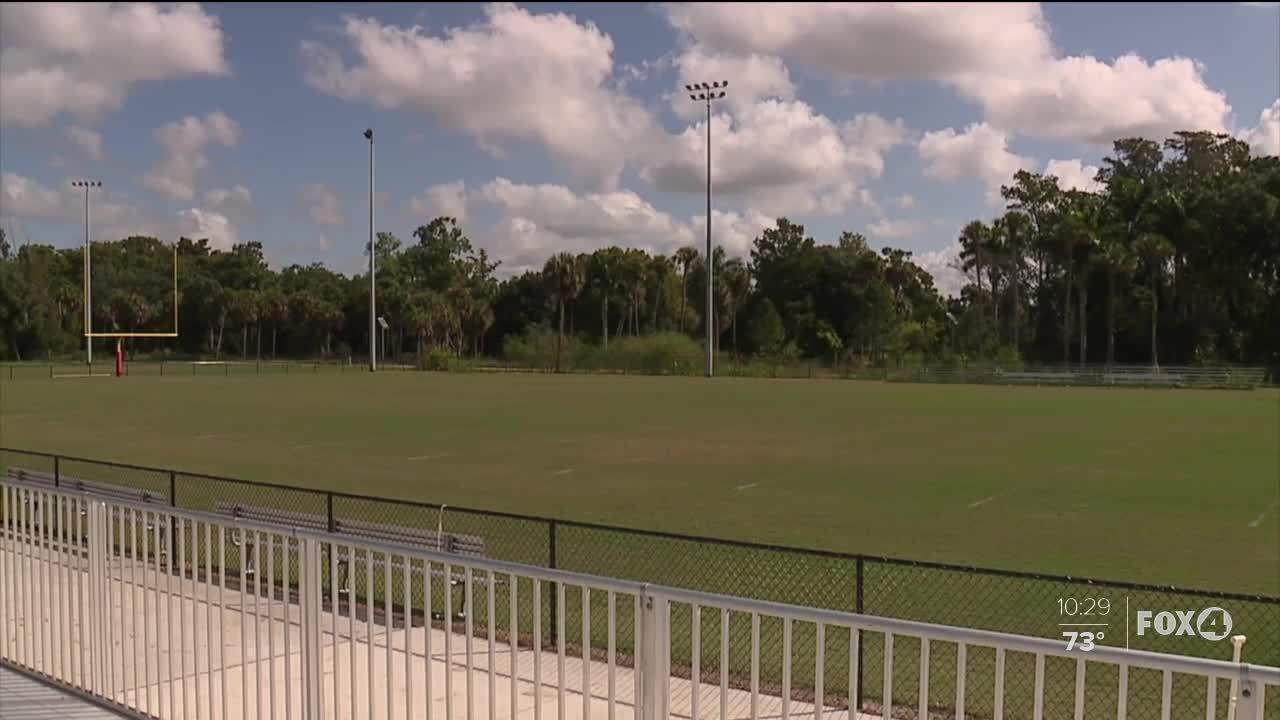 Millions of tax dollars have gone to a single park in Fort Myers, where some people say, one individual team gets preference.

FORT MYERS, Fla. — Millions of tax dollars have gone to a single park in Fort Myers, where some people say, one individual team gets preference. FOX 4 found the documents tracking where your money is going.

The director of the Central American Soccer League says she's already been threatened for asking questions about Billy Bowlegs Park, the facility where her teams used to play.

They were recently told to move to J. Stephens Park at the cost of close to $800 each weekend. She says, "I would like to see the city get some answers. What's really going on?" I went looking for those answers and found more questions in the funding.

A Fort Myers City spokesperson says the city started planning a revitalization of Billy Bowlegs Park in 2004. Funding requests for that revitalization start hitting the city budget in fiscal years 2010 through 2017. Specifically, a $1.5 million capital project request to give Billy Bowlegs Park a "complete facelift." The description goes on to say, "The soccer and ball field need leveling, new sod, and irrigation. Also needed are a new pavilion, BBQ grills, an updated basketball court, and asphalt resurfacing."

Then, in fiscal year 2018, a project titled athletic field improvements sets aside two million dollars to Fort Myers Parks and Recreation. The city's Parks and Rec department manages 34 other parks in the city, yet roughly $1.9 million, or 95% of that two million, went to Billy Bowlegs Park that year.

The original contract for improving Billy Bowlegs Park was approved in April of 2018 at just over half a million dollars, but increases started stacking up just a few months later:

City Council approved all amounts, but Council member Johnny Streets clarifies, "I'm supportive of a park on the east side of town. But there's sure been talk that I totally don't know all the details about some improprieties we need to clean up."

One of the details includes a purchase order dated, "December 2017," for a regulation tournament sized football field. Plans were even in motion a month before the purchase order, as indicated by a letter from an outside architect to city employees, finalizing plans for such a field.

Billy Bowlegs Park is now home to Pop Warner football team, the Firecats. The team signed an agreement with the city of Fort Myers in 2019, but according to their Facebook, they have been calling Billy Bowlegs Park home since 2016.

Billy Bowlegs Park is in the ward represented by Council member Teresa Watkins Brown. She said at a recent public input meeting at the park, that all of the changes are a positive thing. In her words, "I noticed how the parents and everybody are happy about coming to all of the programs that [have] been established over the Stars Complex at Edison, to the extension of Billy Bowlegs."

Others, like Council member Streets, want to make sure the city is getting its due. He says, "I would like to know what kind of contract they have with the city, and are there any monies being paid for the use of their services because I'd sure think there's some kind of money going back to the city to pay for these improvements."

According to the Firecats agreement with the city, the team pays $180 a month for the use of the field. The city recently received an invoice for over $4000 for custom red helmets, the main color of the Firecats.

In the contract between the Pop Warner football team and the city of Fort Myers, nowhere in the agreement does it say the city is responsible for buying the Firecats' helmets.

The invoice is also addressed to Amber Smith, the interim director of Stars Complex. That invoice is also to the attention of Riley Ware, who is not an employee with the City of Fort Myers. He is the president of the Firecats and also happened to be the fiance, now husband, of Amber Smith.

Smith is also listed as vice president of the Peace River Pop Warner football league, in which the Firecats play in.

Streets added, "Whatever we could do to clean the air and clean this up and have our employees because there's some issues out there. I understand where you're coming from. I can't go to them right now, but I've heard something in the atmosphere. So, I think at least this is a good start to say, 'What's really going on here?'

It is administered, and at some point, the center manager will be engaged to have the actual program, timing, that sort of stuff. But there is an application process. It has to be reviewed." The center manager is Amber Smith.

Moulton, Smith, and City Manager, Saeed Kazemi, declined one on one interviews with FOX 4.

Streets says, "We are public servants, not perfect servants. But people still need to hold us accountable, and we need to hold the city manager accountable for his actions."

On February 18, 2020, City Council approved increasing a purchase order by $128,000 in temporary labor services for programs at Stars Complex and Billy Bowlegs Park for fiscal year 2020.

Council member Kevin Anderson told Monreal by phone that he would approve an independent audit for all departments for the city of Fort Myers.