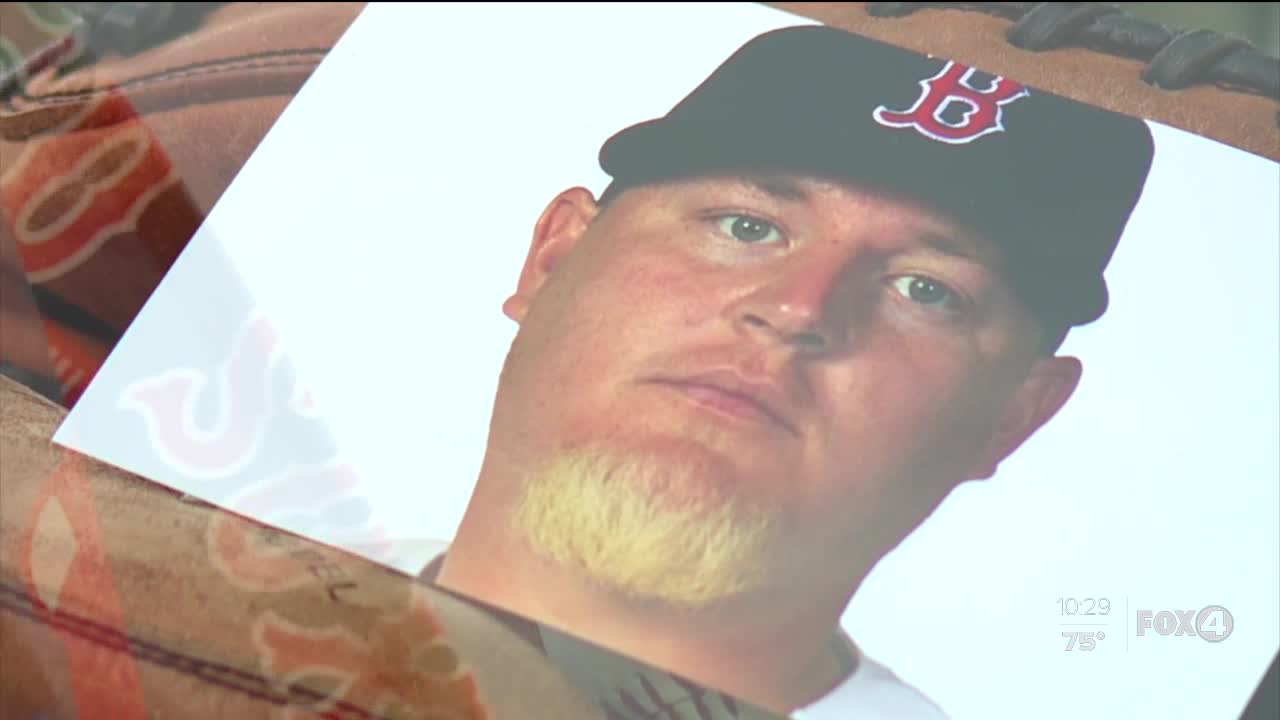 Former MLB player, Bobby Jenks, claims surgery ruined his career. Jenks says his doctor performed a "concurrent" surgery on him at the time. Fox 4 explored what those surgeries are and if they're happening in SWFL.

"I was probably up to 60+ pills a day. And, on some days that was probably on the low side. At that point, I was full on addicted to the pain killers," said former MLB player Bobby Jenks.

Headlines captured the first of those incidents, after Jenks was arrested by the Lee County Sheriff's Office on DUI charges in March of 2012.

The arrest report shows that Jenks was pulled over on Colonial Boulevard, while hopped up on "muscle relaxers."

He was down in Fort Myers for spring training with the Sox at the time.

Fox 4's Jane Monreal sat down to talk with Jenks about the incident and learned that there was a second incident that happened shortly after, that most don't know about.

"I had another blackout. I had taken so many pills one night and mixing Ambien with them and I blacked out. I woke up in my neighbor's car with the police and ambulance and paramedics around me," said Jenks.

Jenks was released from the Red Sox roster following those two incidents, and later checked into rehab to deal with his pill addiction.

But to understand how he got there, one must go back to 2011, when Jenks was pitching for the White Sox in a game against the Yankees.

"One day in New York, I just went into indescribable pain after one pitch that just. It just crumbled me," said Jenks.

Jenks says his pill habit started right after that injury to his back.

After many doctors visits, it was decided that surgery would be Bobby's best bet.

The procedure was scheduled to happen at Massachusetts General Hospital at the end of the 2011 season. By all initial accounts, it went well.

Bobby spent some time recovering in Boston and then flew home to Arizona.

"After I got home, a few days later, I was sitting on my couch recovering. What felt like a glass of water being dumped on my back, turned out to be the bottom of my incision opening up and blowing out about a quarter of an inch on the bottom, spewing out spinal fluid," said Jenks.

He was rushed into emergency surgery. According to Jenks, the surgeon that performed this operation says a mistake from his first surgery caused a tear in the sac around his spine.

"That’s what led to the spinal leakage. And ultimately causing an infection that nearly took my life," said Jenks.

After digging more into what went wrong the first time around, Jenks says he learned that his doctor had been practicing something called "concurrent surgeries."

According to the American College of Surgeons, it is more or less when your doctor is overseeing multiple surgeries at the same time.

The ACS goes on to say on its website that the practice of operating on two patients in two different operating rooms is "Inappropriate."

"We found out what the hospital in MA is practicing, which directly led into my surgery gone wrong," said Jenks.

NCH says they don't practice concurrent surgeries, but they do practice overlapping surgeries, which means the surgeon's next patient is being prepped while they are still wrapping up another procedure.

Tampa General also declined to participate in the piece.

"Nothing you shouldn’t be able to ask. Especially for myself, I had a hard time. A lot of it was ego," said Jenks.

Jenks says when scheduling a procedure, patients should be made aware of whether or not their doctor practices concurrent surgeries.

It's a question he says he wished he'd asked before going under the knife.

Jenks adds that the complications from his first surgery, ultimately led him having a third surgery that meant the end of his professional career.

"It took a lot to come to terms with everything I lost. At the same time becoming sober and realizing that what I still have and what I can still do and bring to my family society and the game, is just as important to me," said Jenks.

He has since sued that first surgeon, Dr. Wood, and is starting a non-profit to raise awareness about these types of surgeries.

"It’s important for me, everything that I’ve gone through and the impact the surgeries had on me, my family and my career, that I couldn’t sit back and let it continue when I know it’s going on," said Jenks.

Massachusetts General Hospital has released the following statement in regard to our piece:

We remain confident that Dr. Wood provided high-quality and appropriate care to Mr. Jenks. Following the surgery, which was performed in 2011, Mr. Jenks unfortunately developed a well-known complication associated with this type of surgery, and this issue was subsequently repaired. It was and remains the hospital's position that this complication was not the result of any error by Dr. Wood in the performance of the surgery.

We also want to make clear that overlapping surgery played no role in this case. Dr. Wood performed the entire surgical procedure — from the positioning and opening to the closing of the incision — and he accompanied Mr. Jenks into recovery following the procedure.

The MGH agreed that negotiating a settlement was the most prudent outcome for all concerned given the attention, difficulties and uncertainty that such a high-profile case was likely to generate.

Massachusetts General Hospital
Copyright 2020 Scripps Media, Inc. All rights reserved. This material may not be published, broadcast, rewritten, or redistributed.