New bill proposes stricter punishment for kids not buckled up 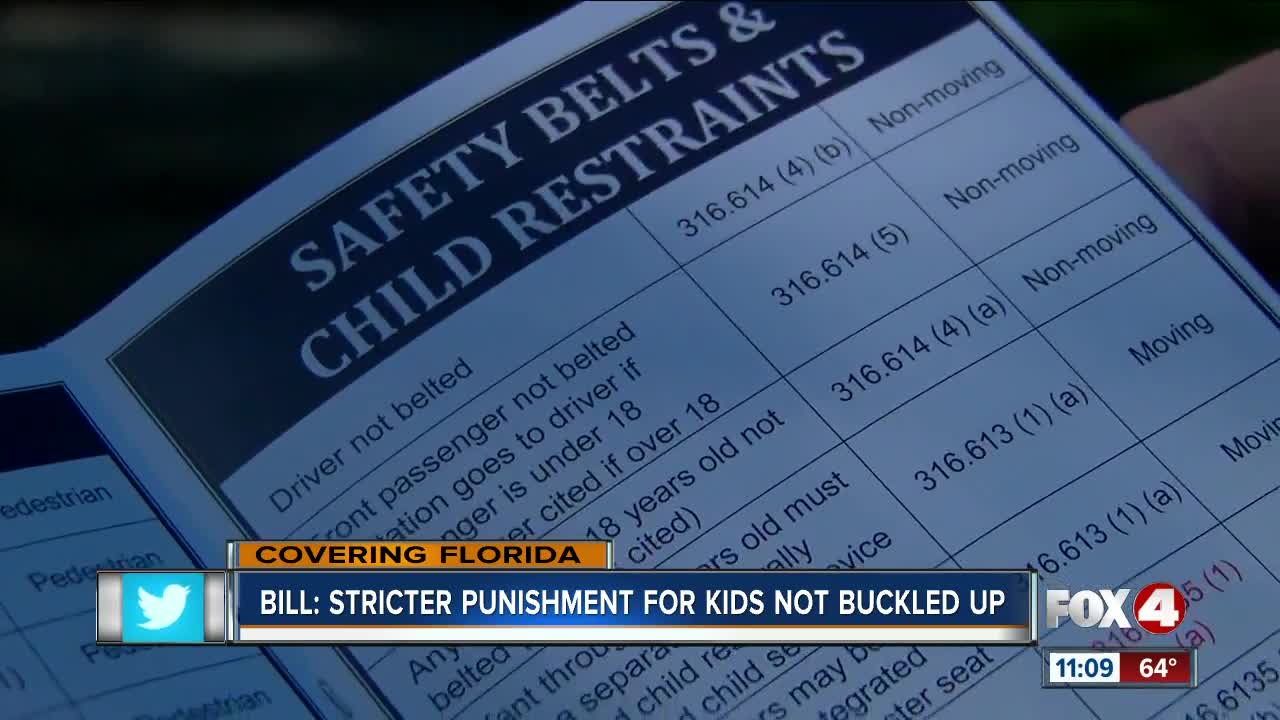 New bill could make parents face child abuse charges of not buckled up in car.

A Florida lawmaker is filing new legislation to give Department of Children and Families the power to investigate parents if their children are injured in car accidents and were not properly secured in their seats.

Currently, if a child is injured in a car accident because they weren't buckled in, the parents only get a ticket, but senate Bill 128 would classify it as child abuse.
This would cause DCF to open an investigation. Hernando County Traffic Sergeant William Hillman said if the parents are neglecting to buckle their child, what else are they neglecting to do?

"It may open up other doors that are going on within the household," Hillman said. "There could be some kind of neglect or abuse that's gone on beyond that traffic crash."

DCF said this bill won't be a change from what they already do... saying they investigate any time a child is hurt because they aren't properly restrained in a crash. the bill will be brought up in the 2019 legislative session.