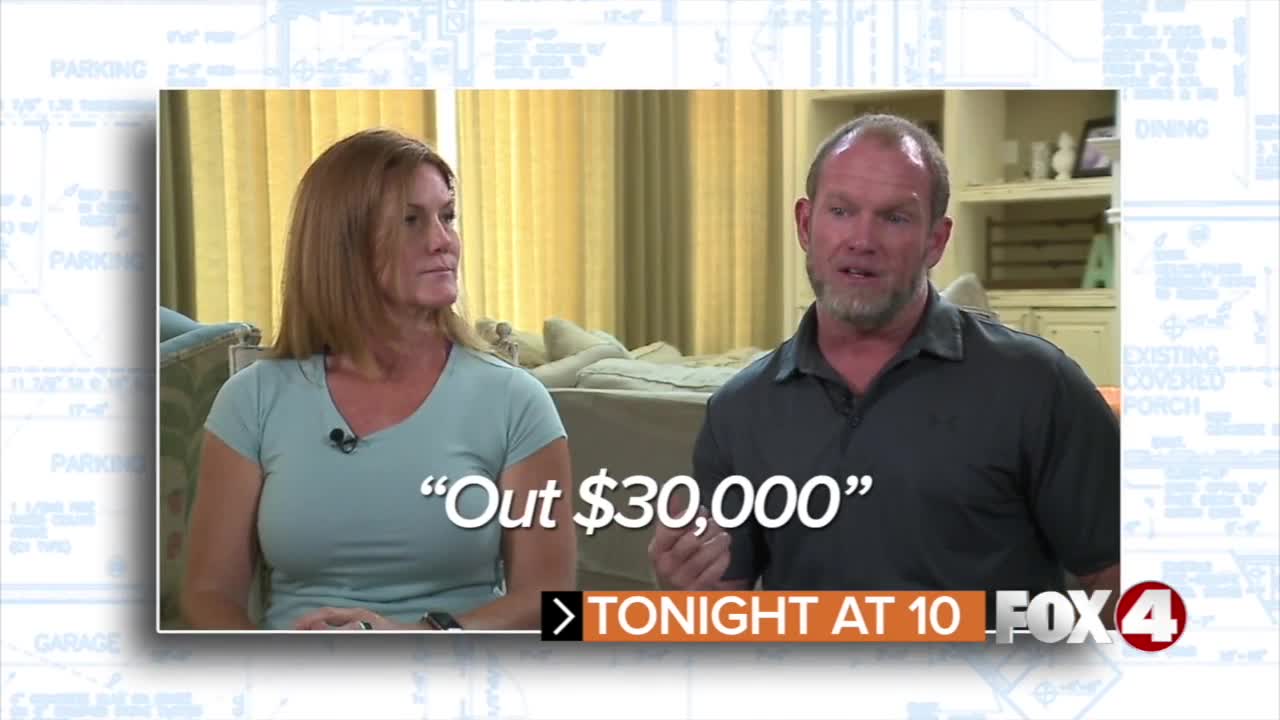 A Southwest Florida interior designer, decorator, and supposed-contractor is coming under fire, as many are coming forward claiming she's taken their money without finishing jobs or delivering furniture orders. 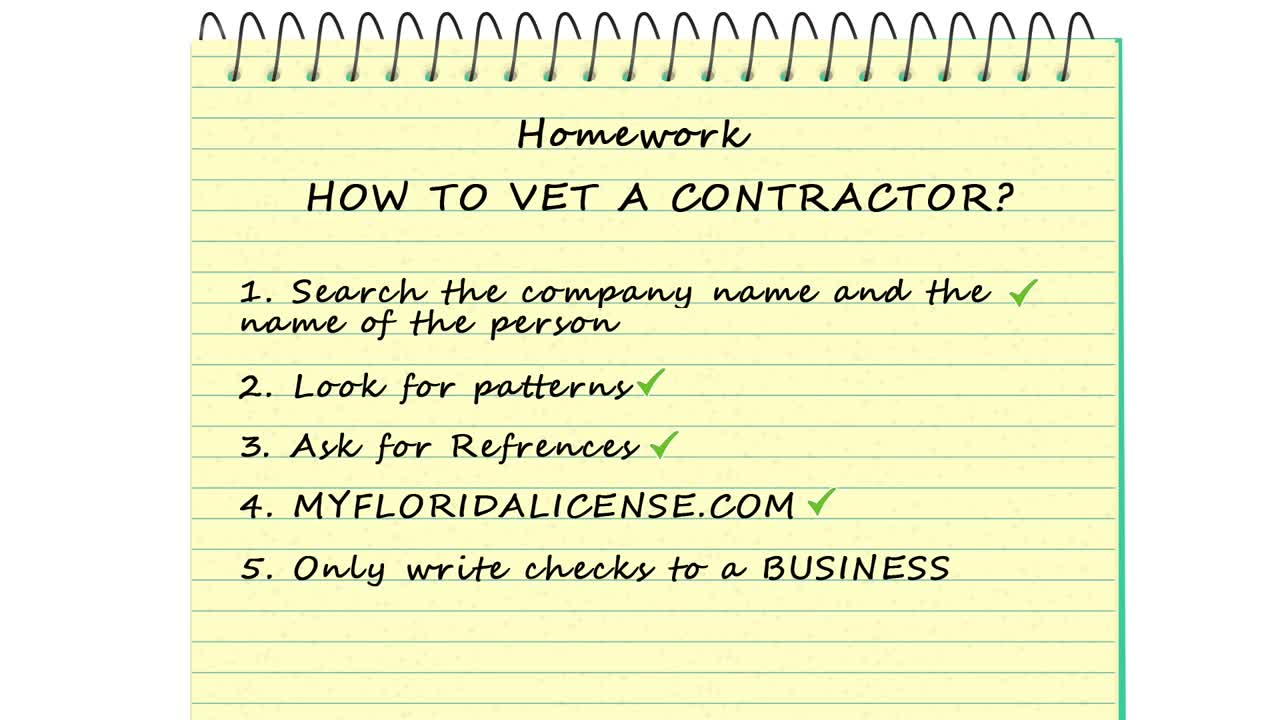 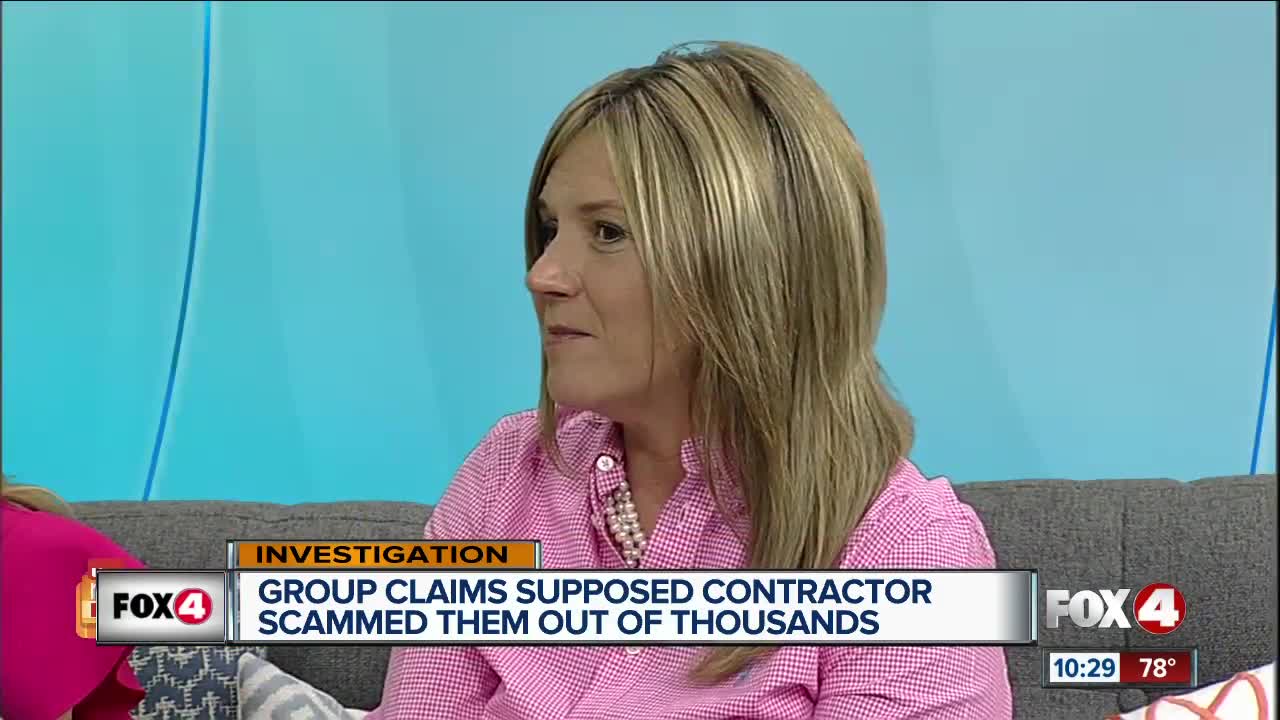 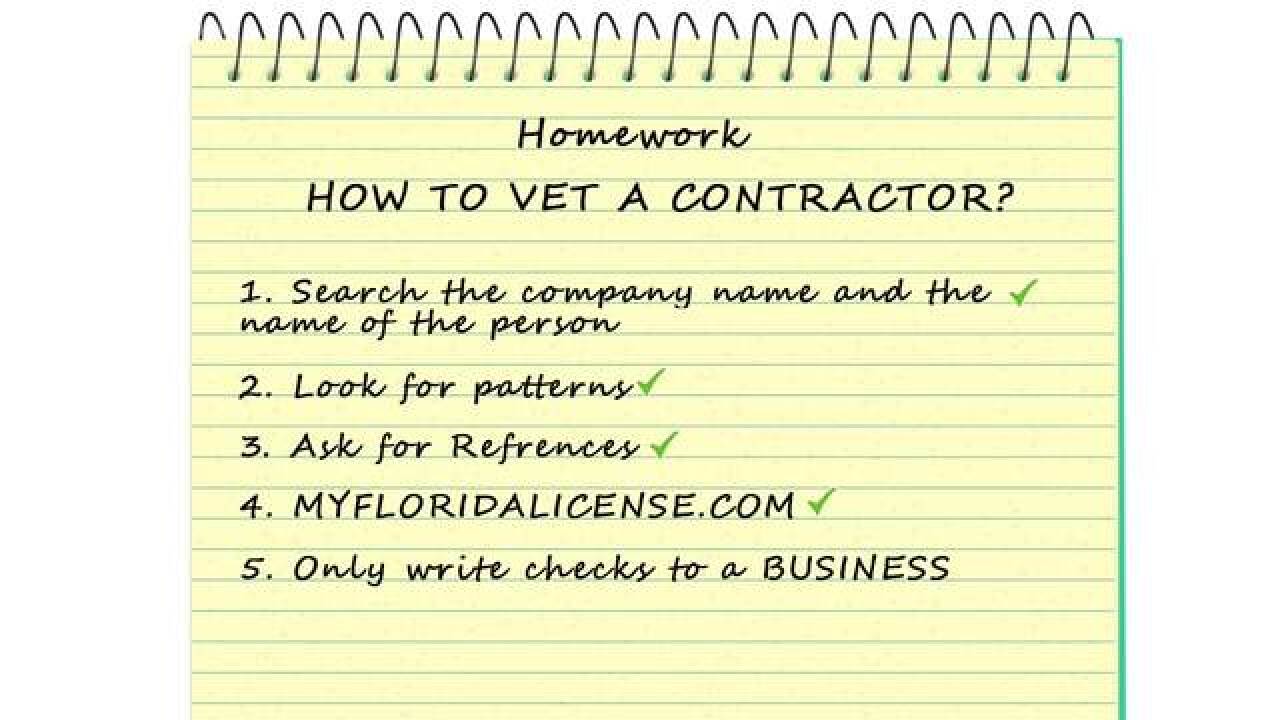 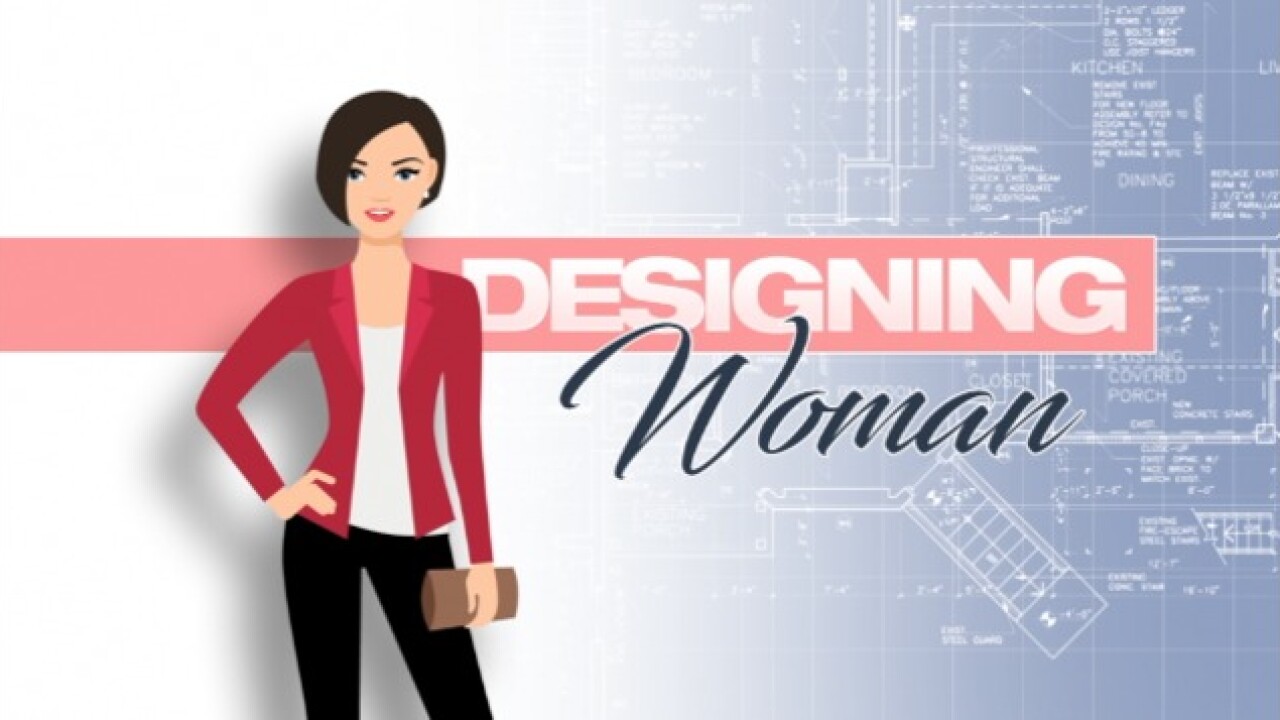 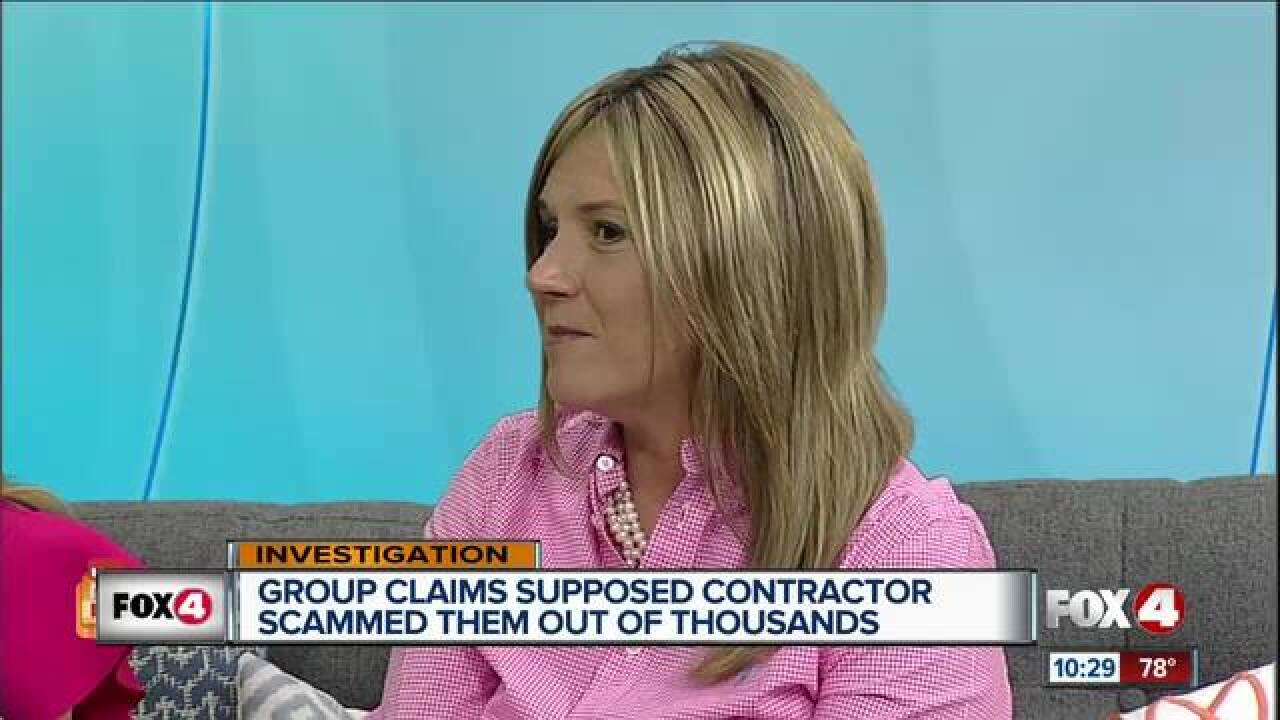 A Southwest Florida interior designer, decorator, and supposed-contractor is coming under fire, as many are coming forward claiming she's taken their money without finishing jobs or delivering furniture orders.

An attorney who's represented some of the victims in lawsuits against the woman says she goes by many names, including Carrie Lee, Carrie Lee Heminger, Carrie Haire, Carrie Leigh Haire, and Carrie Kellam.

Tami and Todd Adamson said they had a clear vision for their home in 2013.

She said one night while they were out to dinner, they stumbled into a shop downtown called Coyn Kellam.

"Walk in and I'm like 'Oh my gosh, this is exactly what I want my home to be," Tami said. "Everything she had was new but looked old, so I was like 'I love that.'"

Inside the store, Tami and Todd met Carrie Lee Heminger. She was running the shop. The couple hired her to be their interior decorator.

"I had her come here and go through the whole house with me. And we marked every little spot in the house that I wanted something," Tami said.

"We still hadn't had anything the week of Thanksgiving. We were sitting literally on our outdoor furniture inside," Tami said.

She said Carrie Lee blamed the manufacturers. When Tami tried to call them, she said they told her the order was never placed. Todd went back to the shop in Fort Myers to speak to Carrie Lee.

"I went down and said, 'Listen, I'm going to sue you or I want my money back,'" Todd said.

The couple said Carrie Lee gave them two pieces of furniture: one couch that was the right size but wrong color, and a portion of a sectional couch they ordered, but not the entire thing.

"She's like 'Oh, they must have sent the wrong one then. You just hold on to that until we get the right one in.' Well, nothing ever came. Nothing ever came," Tami said.

Todd and Tami filed a lawsuit against Carrie Lee Heminger, her then-husband Brian Heminger, and their business in March of 2014. The suit says in October of 2013, the Hemingers stopped operating their interior decorating business, closed their store, and took or disposed of all remaining inventory. It said the Hemingers only provided goods and services valued at approximately $14,633.00, leaving a balance of $17,551.37. The suit included allegations of fraud, breach of contract, and civil theft.

"I don't know who has that kind of money sitting around. We saved forever for it," Tami said.

In June of 2014, the Judge ordered Carrie Lee and her then-husband to pay Tami and Todd -- who sued under their business Allied Recycling -- $52,654.11, which is triple the damages they were owed, plus court costs and attorney fees.

Since then, Tami and Todd said they haven't seen a single penny.

Records show this isn't the first time Carrie Lee has been sued. In 2013, Carrie Lee, known as "Carrie L. Haire, a/k/a Carrie Leigh Kellam" received a final judgment against her and her dissolved company "SummerSalt Beach House, LLC for fraud and triple damages. The Collier County couple who filed the complaint paid Carrie Lee $7,140 in 2012 after Carrie Lee and her business offered to provide contracting services. The records say neither Carrie Lee nor her business was licensed to perform contracting services, contrary to requirements of Florida Statute. The court said Carrie Lee and her business's actions violated state law and constitute deceptive and unfair trade practices, and ruled in favor of the couple. A Judge found Carrie Lee responsible for paying back the $7,140, and SummerSalt Beach House for paying triple the amount ($21,420).

Court records also show Carrie Lee Heminger was brought to court in 2014. The complaint says a Lee County couple hired Carrie Lee to furnish their home as an interior decorator. The couple paid Carrie Lee $12,864.80, but only received $2,338 in furniture. Documents say despite further demand, Carrie Lee failed and refused to deliver the remaining merchandise or reimburse the Plaintiffs for the overpayment. The Judge ruled in favor of the couple, saying Carrie Lee and her dissolved business "The Barefoot Cottage" pay triple the damages, plus court costs, equalling $28,861.51.

Jared McGroarty said Carrie Lee hired him to work for her in construction in November of 2017. He said they met through Facebook.

"She contacted me on Facebook about my work," he said. "She was interested in me coming and working the construction side of her business. It was doing what I love to do: woodwork and remodeling, stuff like that."

He said he and Carrie Lee made a verbal agreement, and the following Monday he went to work for her on a project. He said the materials and equipment to finish the project became a problem and he ended up paying for them out of his own pocket.

"I'm calling her for materials. She says 'Oh, I'm on my way, I'll be there at 12 o'clock.' Come three o'clock, she's still not there. Come four o'clock, she's still not there. She's texting me 'Oh, I'll meet you in the morning. I'll have everything for you in the morning.' Come morning, nothing's there. She's not anywhere to be found," McGroarty said.

That Friday, he said he was expecting his first paycheck.

"When I confronted her about it, she said 'I'm going to write you $500 in a check right now, and we'll get together Monday and figure everything else out, and we'll square up then," McGroarty said.

He said he cashed the check that day. Come Monday morning, he said he got a notification from his bank.

"She's like 'Oh, I'll be there today, we'll square away, I'll bring you cash.' Well, she never shows up. That was the last I saw of Carrie. She never showed back up on the job," McGroarty said.

He said he never saw any money from Carrie Lee.

"The homeowners of the job that I was doing that she was the contractor on ended up paying me out of their pocket to finish her job," he said.

Carrie Lee is operating under a business called Cotton Tucker Co. A check of it's Facebook page shows 14 business reviews -- all of them one-star, which is the lowest rating you can give. Some of the reviews are from people who hired her to furnish and decorate their homes. Others are from people who worked for her.

Her two reviews on the Better Business Bureau website make similar claims to the ones already mentioned in this story.

According to the Department of Business and Professional Regulation, no one with the names Carrie Lee, Carrie Lee Heminger, Carrie Haire, or Carrie Kellam hold a contracting license.

"I'm a father of four," McGroarty said. "Of course I'm missing the money. I just know I'm never going to get it. I want to see some justice."

"We'll never probably see a dime, but I just want her to pay," Tami said. "I don't want any other people to get taken advantage of."

Lisa Greenberg reached out to Carrie Lee over a week ago for a comment. She agreed to meet with Lisa Wednesday morning to share her side of the story, but as Lisa was on her way to meet with her, Carrie Lee canceled and said she had no comment.