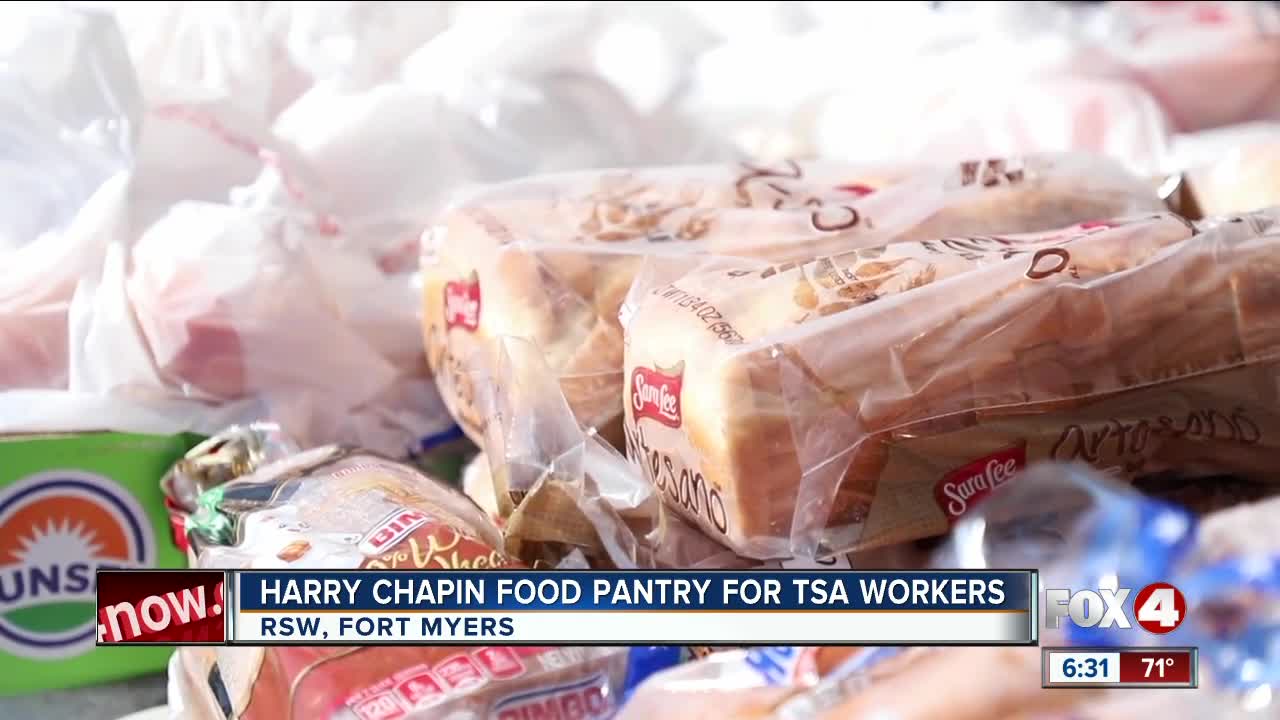 FORT MYERS, FLa. — We are at day 28 for the government shutdown, which makes that the longest in U.S history.

Hundreds of families in SWFL have been impacted by the government shutdown, for some, it’s getting harder to put food on the table.

But some TSA workers minds are at ease, at least for the moment. Harry Chapin Food Bank held a food pantry at RSW Airport to help those workers and their families.

"Lucky for this little help, it’ll help out a lot, we have a family of 5 and you know it hurts so whatever little help we got, so we’re making it,” said TSA employee, Ricardo.

"It’s rough, it’s rough, I got a kid who’s getting ready for prom and he’s asking hey can we go get my suit and this and senior pictures and those are things that I’m like, well I don’t know right now,” said Laura Hopkins, also with the TSA.

Harry Chapin Food Bank brought 7,000 pounds of food for the food pantry. RSW employs nearly 400 federal workers, so volunteers said this was the right thing to do.

"I don’t know how you pay your mortgage, make your car payment and put food on the table if you’re going through those circumstances,” said Harry Chapin CEO, Richard LeBer.

The food bank will host another food pantry next weekend at RSW Airport between 11:30 AM to 1 PM in parking lot 12.