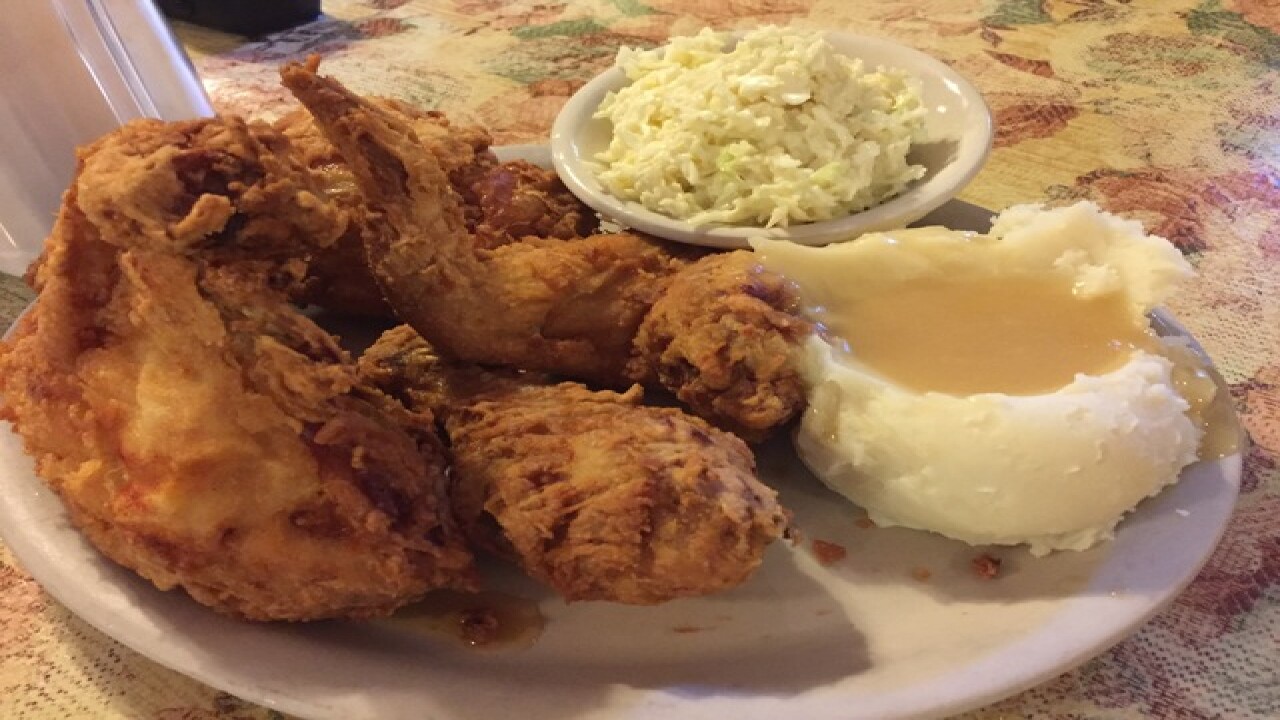 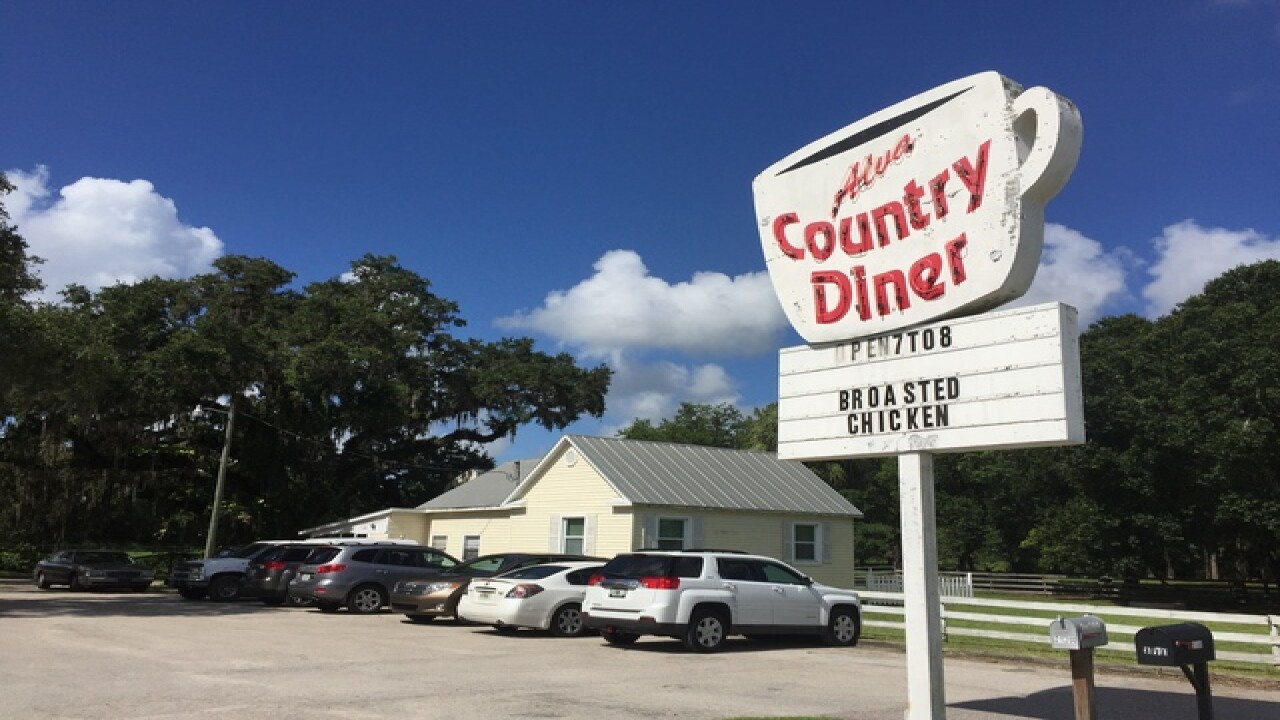 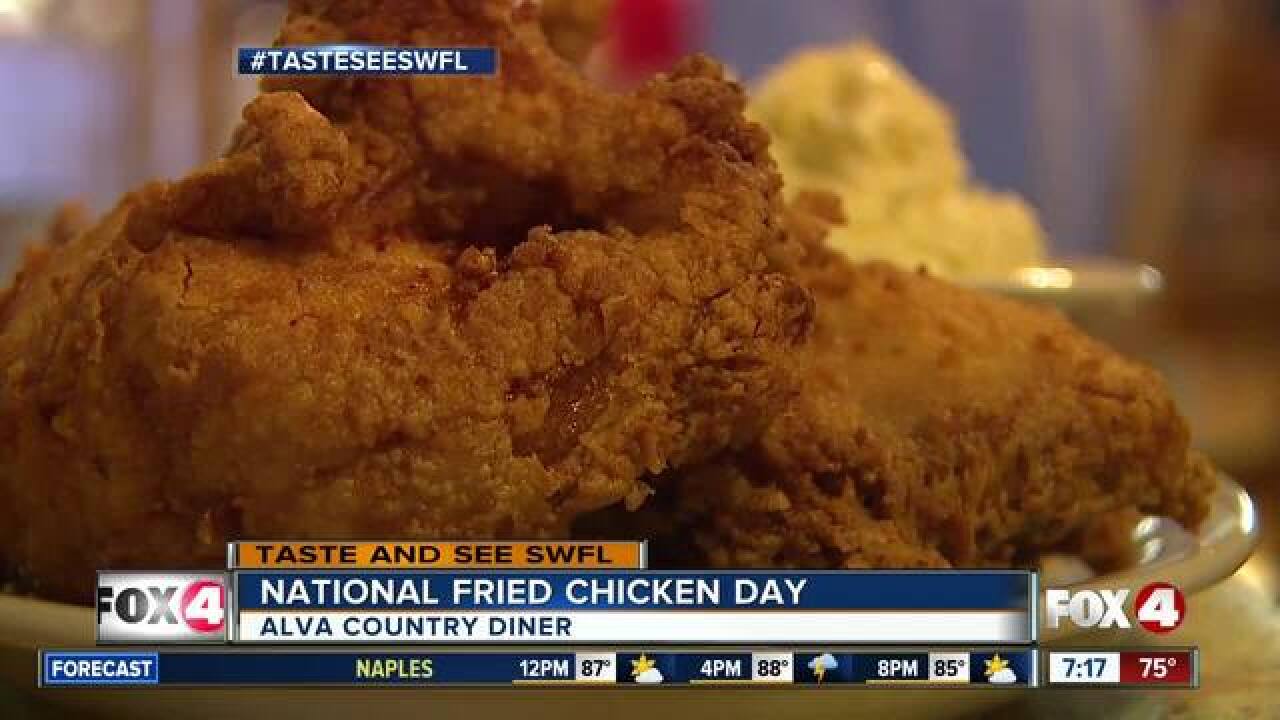 Fried chicken is an American classic. Especially in the South, where printed recipes for the traditional Sunday night meal go back to the 1700's. So maybe it's only fitting, that two days after Independence Day, we celebrate National Fried Chicken Day.

And while other restaurants in Southwest Florida may be more well known for their fried chicken, very few do it like the Alva Country Diner.

If you miss the little red building on your way into town, on Palm Beach Boulevard, you're really missing something.

"Just let me have the chicken," regular customer Jeff Bilbeam said during our visit to the diner. "I'll eat it for breakfast, it's so great."

Unfortunately, owner Steve Sexton says, it's not available for breakfast. But he's making it pretty much non-stop for the lunch and dinner crowds.

"I have a lot of loyal customers," Sexton says.  "There's a lot of people that drive 10, 15 miles to get here just for broasted chicken."

The "broasted" part, is what makes the chicken different here.

'Broaster' is a the name of the company that makes the pressure fryer Sexton uses for his chicken. He seasons the chicken and coats it with flour to Broaster specifications.

"[The fryer] sears [the chicken] really quickly, so all the juice stays in it. But it's not greasy when it gets done," Sexton says.

Customers tells us they love eating this fried chicken that's served with almost no grease. In fact, Sexton says he serves about 1,200 pounds a week during season.

Bilbeam counts himself as one of the regulars who drive that demand.

"I always get the broasted chicken," he says. "[It's] just delicious chicken. It's crunchy like fried chicken, only it's not fried."