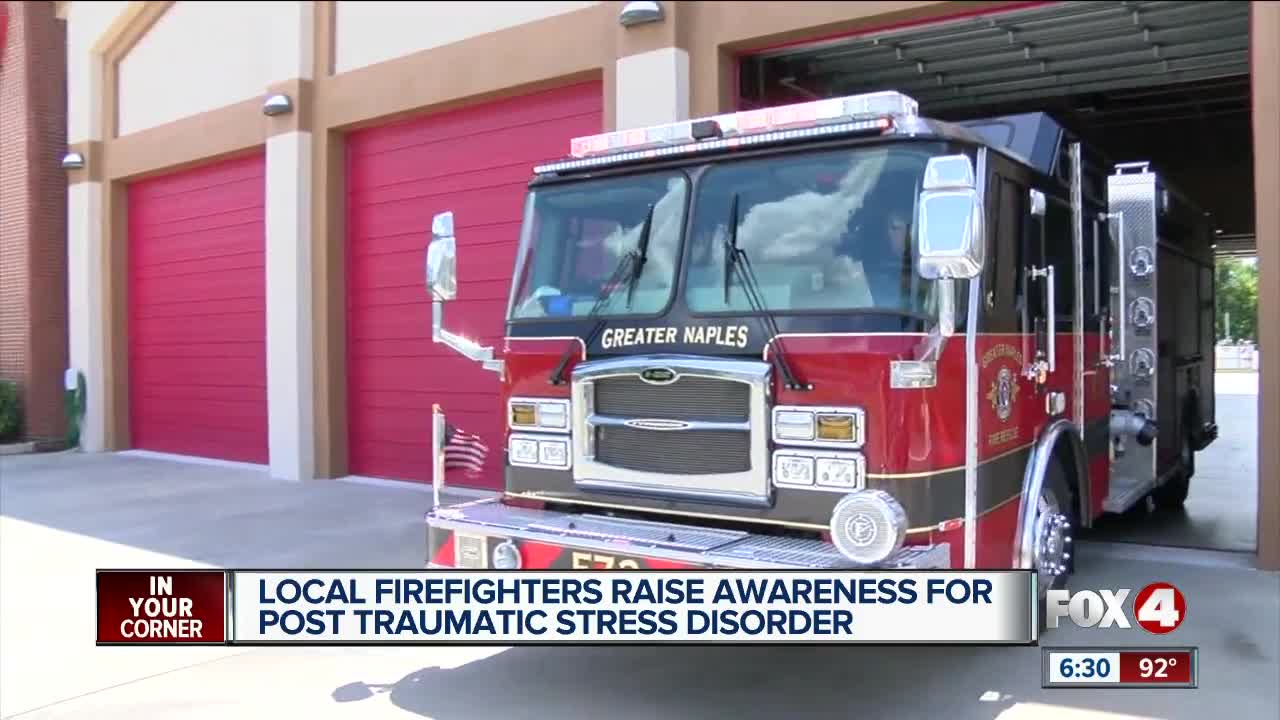 Thursday was National Post Traumatic Stress Disorder Awareness Day. While many military veterans struggle with the stress disorder, officers with the Greater Naples Fire Rescue District say PTSD is also a challenge for many first responders.

COLLIER COUNTY, Fla. — Thursday was National Post Traumatic Stress Disorder Awareness Day, and one Southwest Florida fire department wants to educate the public about PTSD. While many military veterans struggle with the stress disorder, officers with the Greater Naples Fire Rescue District said PTSD is also a challenge for many first responders.

"They come up on a bad accident, maybe with kids," said Wayne Martin, deputy chief for Greater Naples Fire. "It can be a suicide, it can be a drowning. Those things get embedded in our brains."

Martin said that the stress from those experiences can leave deep mental scars on firefighters.

"One of the toughest calls we have is baby dying, and so many of firefighters have kids," he said.

He and his department's chief officers have formed a "Critical Incident Stress Team" to talk to their firefighters when they know their crews have been out on a bad scene.

"So when they come back from a call, we have the opportunity to diffuse that incident, so it doesn't build up over time," Martin said.

Symptoms of PTSD can include someone isolating themselves, or even arguing with others. Martin said that recognizing the signs is critical for early treatment.

"Years ago it was kind of frowned upon, like 'what's wrong with you?' But now (PTSD) is recognized," he said. "It's something we need to deal with to help our people."

In October 2018, Florida adopted a law that extended worker's compensation benefits to include first responders who are diagnosed with PTSD.