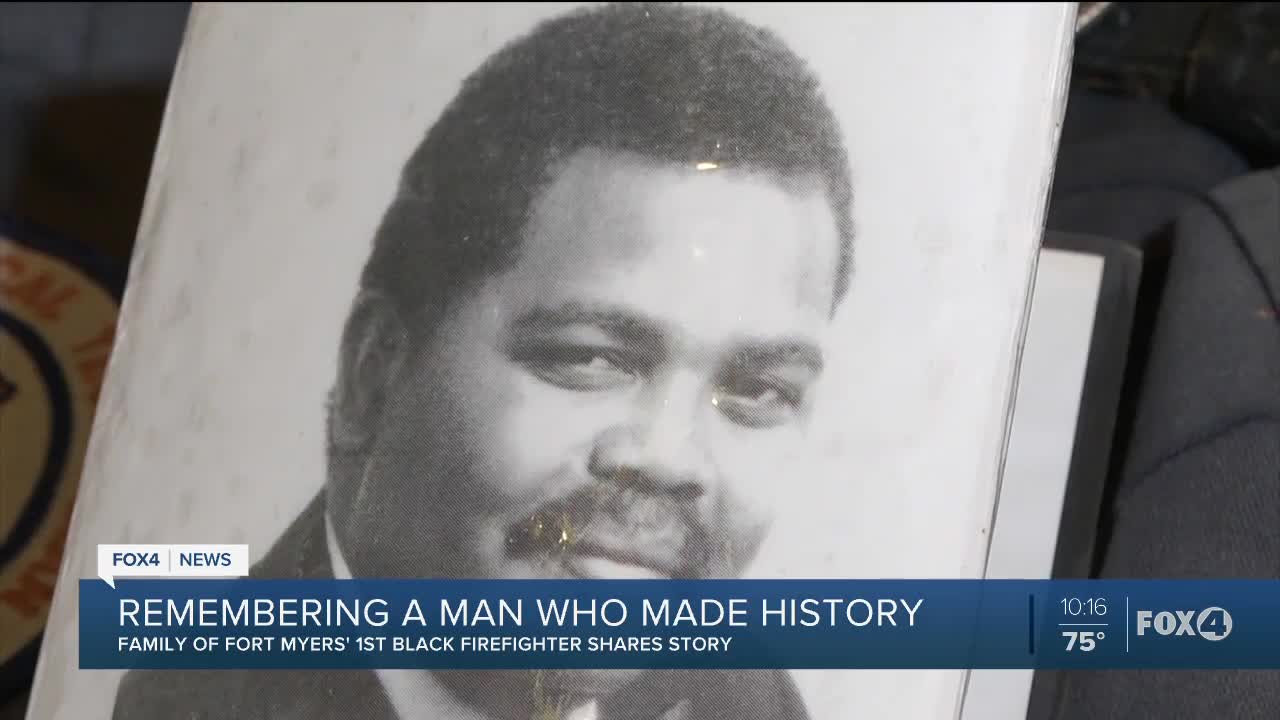 CAPE CORAL, FLA — When there's a fire, and we call for help, we're all pretty used to seeing people of all shapes, sizes and colors coming to our rescue.

But there was time in Southwest Florida, when that wasn't always the case.

The Hardin family, of Cape Coral, remembers that time all to well.

"I didn't want him to do it at first because I thought it was dangerous," said Carolyn Hardin.

Despite her best efforts, in 1974 Carolyn's husband Eddie signed up to be firefighter with the Lee County Port Authority.

"He thought he was going in to be a firefighter and actually god was just using him to open the doors for people of color to come behind him," said Carolyn.

Carolyn and her family say Eddie took to the job immediately.

He was the kind of fireman who would spend an hour looking for a person trapped in a burning building, or pull a stranger from a burning car on his off time.

"He went on about his business like it was no big deal and here we hear about it a few days later on the tv and we're like 'so you weren't going to say anything?' and the first thing that came out of his mouth is 'that's just my job,'" said Eddie's son Eddie Hardin III.

But being the first black firefighter in Lee County, in 1974, wasn't always easy for Eddie.

"He didn't get the opportunity to sleep in the bunkers at firs with the other firefighters. He had to sleep in a cot in the locker room. He had to bring his own utensils and fork and plate to eat off of," said Hardin III.

"It really hurt me the way he was being treated because even though he was a black man, he was a human being," said Carolyn.

But Eddie didn't let that stop him.

"He was determined. He said he wasn't going to let that run him away," said Hardin III.

The Navy veteran and preacher, would go on to spend 20 years with the Port Authority's fire team.

He also became certified as an EMT and was eventually promoted to a captain within the force.

But then, in the late 1980s an illness slowed him down.

In 1992, Hardin went in for a heart transplant, and though successful at first, his body rejected the organ two years later and he passed away in November of 1994.

"Otherwise he would just be retiring right now," said Carolyn.

His family says they hope that by sharing his story, they will encourage the next generation to reach a little further and aim a little higher.

"My dad would probably tell people to aspire to inspire others before you expire," said Hardin III.