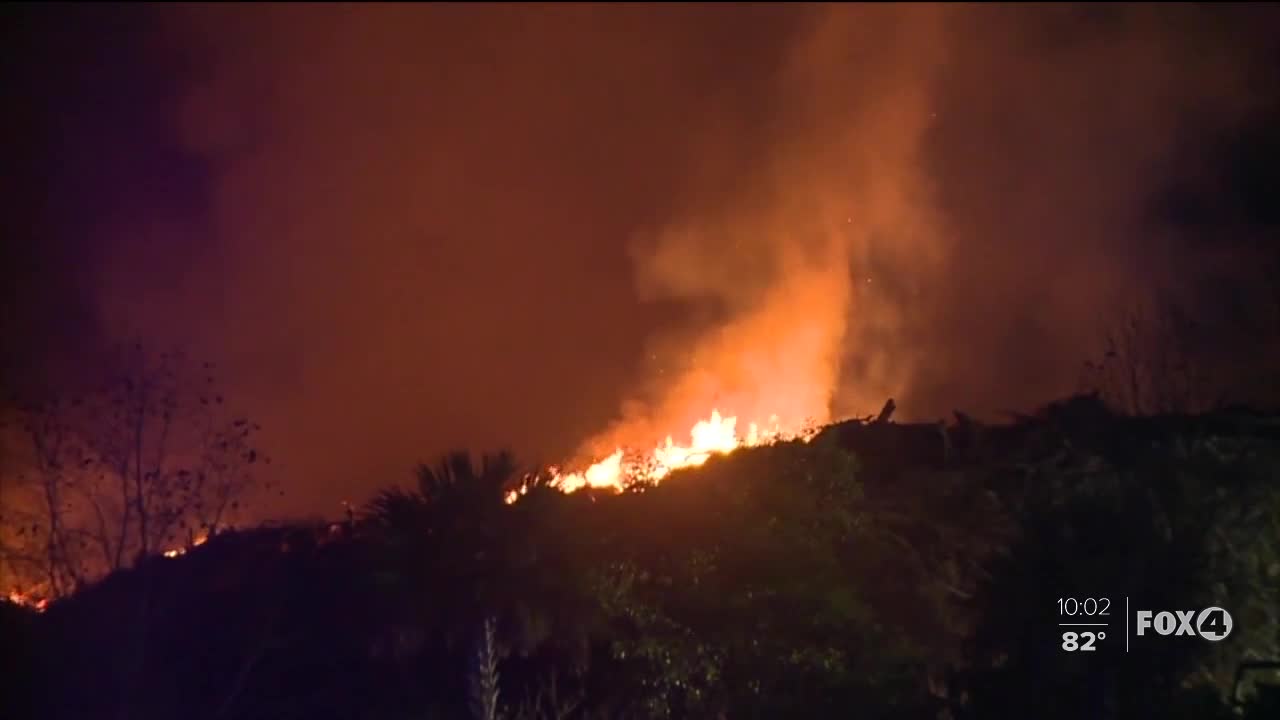 The owners of MW Horticulture say they believe a string of recent fires at their North Fort Myers property were set on purpose.

"What happened here this past week doesn't make any sense," said Denise Houghtaling,"Our temperatures weren't rising, the materials that caught on fire was brand new material that was just brought in. So it wasn't just an old pile that was sitting there."

The company specializes in organic soils and mulch, which they say needs to sit and get hot to be useful to the customer.

But in a state like Florida, sometimes things can get a little too hot out there.

"For the last three years we've had a fire out at that facility about this time each year," said Bayshore Fire Chief Larry Nesbit.

Both the company and the Bayshore Fire Rescue agree that this is the best way to keep fires from spreading out in those piles.

The problem is, the company says they've been doing this and yet there's still been at least four fires at that location over the last year.

Right now the fire department is investigating the cause of Sunday's fire, but so far Chief Nesbit not too sure there's something fishy at play.

"At this time we don't believe there was any wrongdoing at this time," said Nesbit.

The owners say Sunday's fire and another one in February, point to arson.

"Hardwood just doesn't ignite on its own," said Houghtaling.

And Houghtaling tells FOX 4, they think they know who did it, but they're not sure why.

"We believe we have a pretty good suspect," said Houghtaling.

While they work out those details, she also tell us they're hoping to beef up security.

"We're looking into all those avenues of how we can protect the property," said Houghtaling.