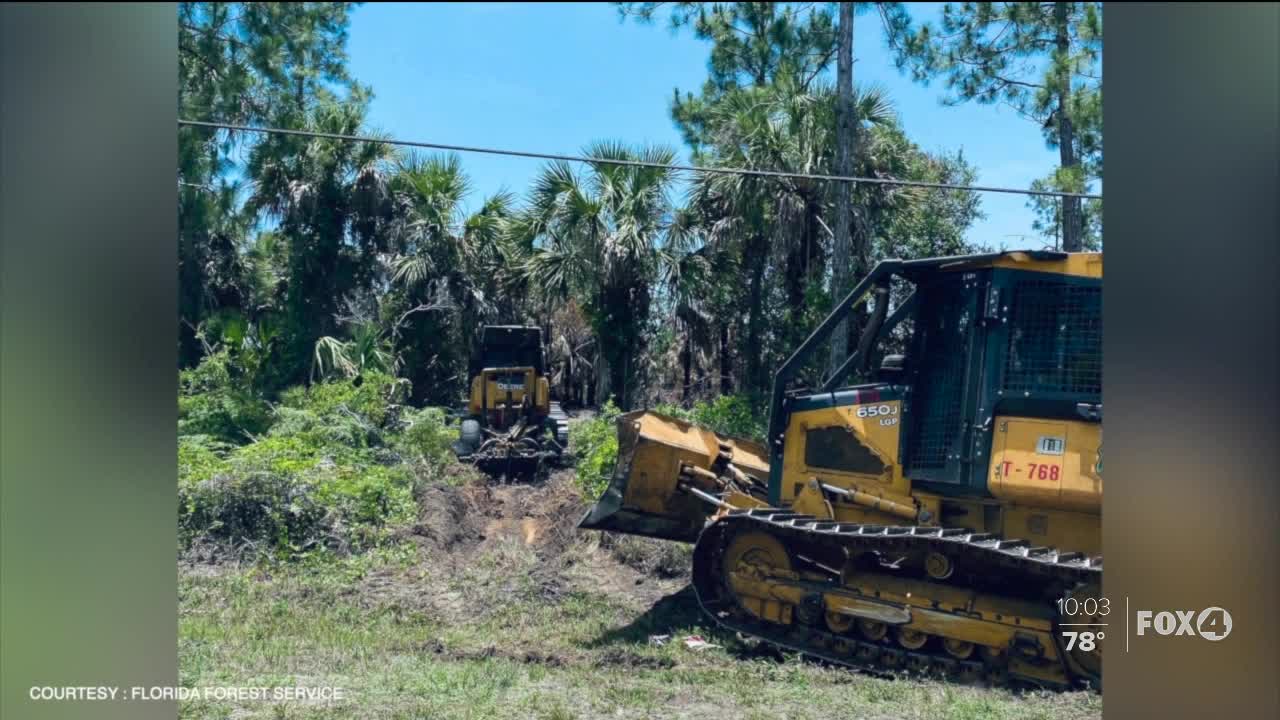 “Actually putting in new containment lines, really getting closer to the homes, to really make that separation between the vegetation and the homes” said Julie Allen with the Florida Forest Service.

Crews have been putting dozer plow units throughout the wooded areas where the fire burned, placing lines around the perimeter of the fire.

“It really gives an opportunity in the event that we need to get brush trucks in there, there is a bit of a roadway for them to do that, to conduct mop-up operations” said Allen.

Moving forward Allen says their main goal is to completely put out the flames.

“We’re really going to take out time, about being methodical about putting in good constructed containment lines, and those really are for the protection of the community” said Allen.