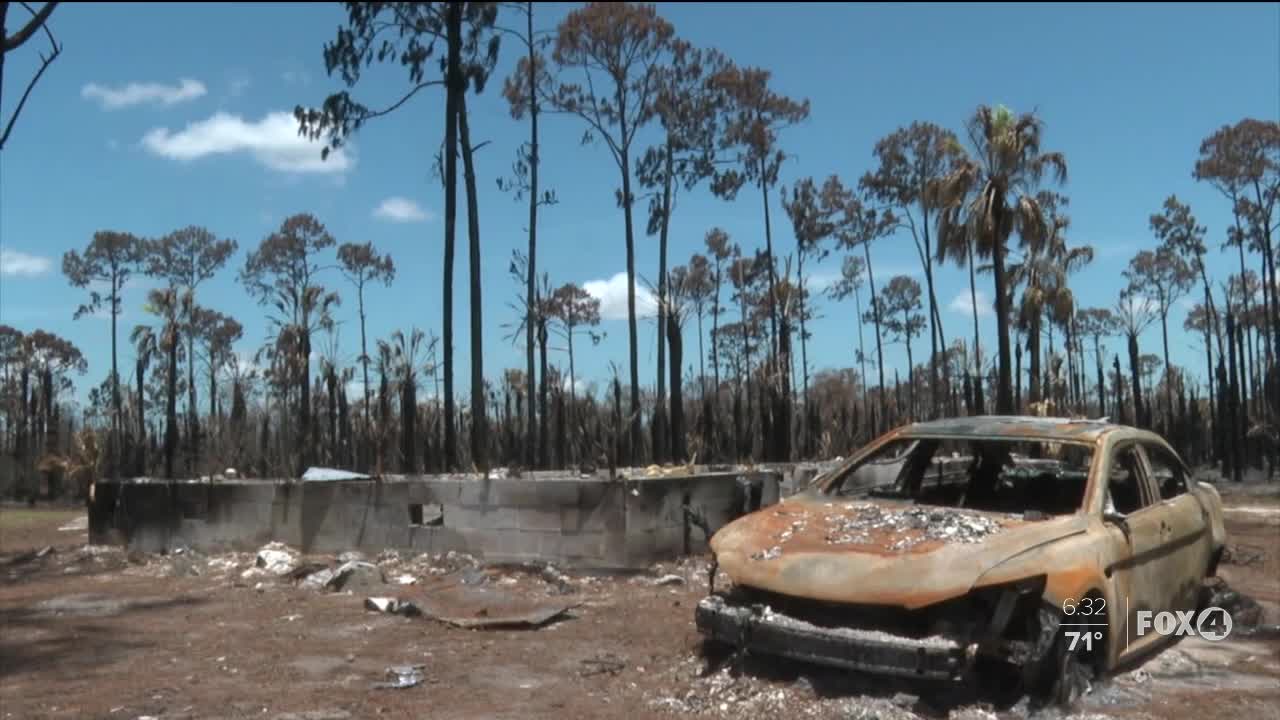 The Collier County Sheriff's Office released the 911 call a couple made pleading for help as the 36th AVE SE Fire began to sweep across Eastern Collier County.

CCSO says despite mandatory evacuations for much of the area, dispatchers at the Collier County Sheriff's Office were still receiving calls from families who had stayed behind.

Some families were fending the flames off themselves, using buckets of water and backyard hoses, but others were in need of rescue — like the couple who called from their rural Golden Gate Estates home.

"We are surrounded by fire, one of the cars just blew up," the husband told a 911 dispatcher with the Collier County Sheriff's Office.

CCSO E911 Technician Maria Rodriguez, a dispatcher with the agency for the past ten years, took the couple's call.

"You see flames on all sides?" asked Rodriguez.

"They are all around us, and the smoke is in the house, it's getting more difficult to breathe, both cars [have] exploded," said the husband.
Meanwhile, the wife can be heard in the background coughing.

Rodriguez advised the couple to go into one room and block the doorway with towels to keep the smoke out.

The couple did what Rodriguez advised but were becoming hopeless as they waited in the living room to be rescued.

"I know this is scary, we're right here with you, just trying to get someone over to you," said Rodriguez.
"Are they getting closer?" asked the husband.

Meanwhile, fire crews were en route to the burning home, looking for a way past the flames that had already jumped to nearby streets.

"The back porch to the side door is now engulfed in fire, it's getting ready to come in... We are going to die in here, it's inside," said the husband.
Eventually, Corey Adamski, a Fire Marshal with the Naples Fire-Rescue Department, was able to get to the home on foot.

"I found the house, both vehicles were on fire, the side of the house was on fire," Adamski told FOX 4.

Adamski rushed to find a way into the home, eventually finding a door not as engulfed in flames.

"I was able to force open the door and found both the male and the female on the right side of the living room," said Adamski.

Today, all that's left of the home on Woodland Grade Road is rubble, including two charred cars.

"Once we got them back in the vehicle, we still had to go through everything I had driven through to get there. That was a little dicey for a moment, but we were able to get through," said Adamski.

The couple was treated for smoke inhalation and is doing well.
Adamski says he's thankful that all the responding agencies were able to work together to help make this a successful rescue.