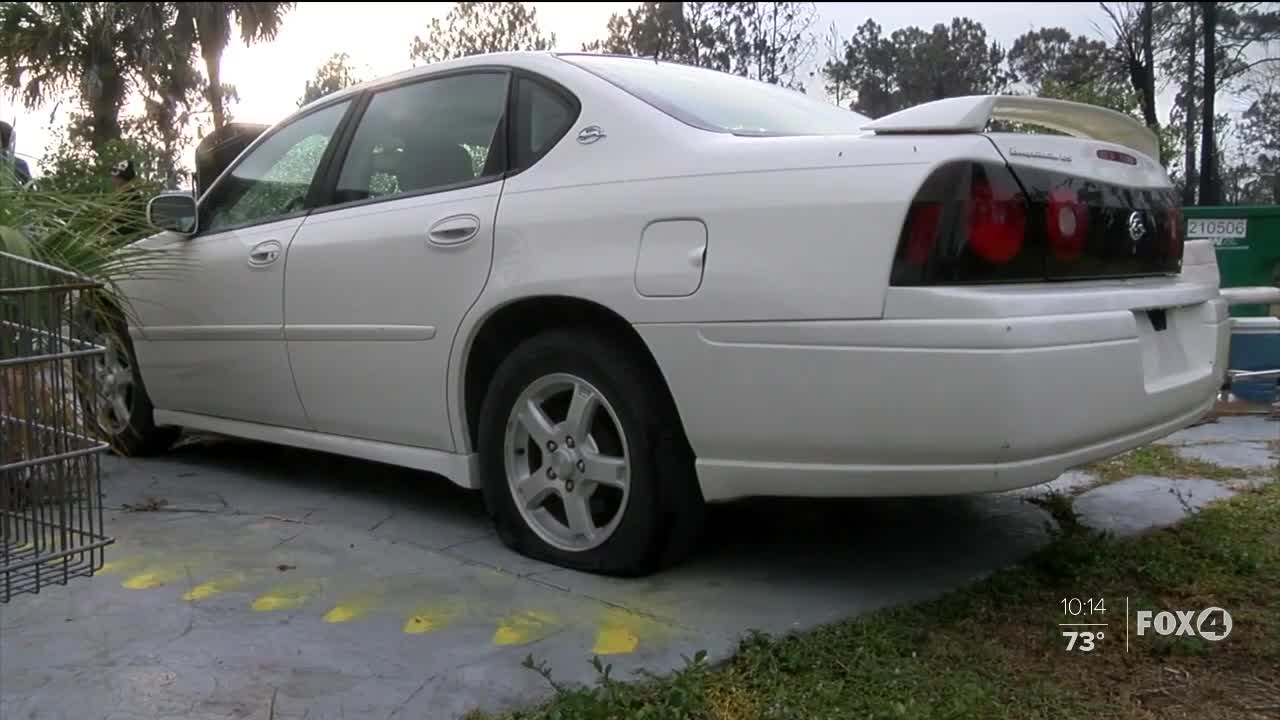 One 77-year-old woman shares her jaw dropping story of how she escaped the Collier County wildfire flames.

NAPLES, Fla. — The smell of smoke fills the air and the damage left behind is devastating. I met one 77-year-old who shared her story of survival, escaping the giant flames, by jumping in her car, and driving off, on a flat tire.

“Went out of here and went up just a little ways off Woodland Estates Road, and I could hear pop! pop! pop! pop!” said Jeane West.

That’s how Jeanie west described the flames, as she was fleeing for safety, abandoning her home near Woodland Estates in Collier County.

“The only thing I got out of here with was my purse not any important papers or anything and I had no idea if I would ever see it again” said West.

West says she was home, when the flames were right outside her front door. Frantically calling her family back and forth she booked it on a flat tire, and with little to no gas in what she now calls her angel car.

“And just right there against the canal, the trees were just exploding with flames, all the palms and the big pine trees” said West.

Friday was her first day back home.

“And I have to tell you, I had a meltdown this morning” said West.

Her 17-year-old grandson lives in the home too, and returned to gather several items from the home. He says seeing the flames was a scary ordeal.

“It was getting closer and closer, they were rushing us like c’mon, c’mon you’ve got to do this, you’ve gotta do this you’re running out of time” said Rylan Steele.

Only fitting a few items into their trailer, Rylan says he came back home to more than, he expected, he believes for one simple reason.

“God was on our side, our landlord told us to put across at the door and then we also have a cross right back there, but the crosses I really think they had something to do with it”, said Steele.

The family tells me they are thankful that everyone is safe, they were almost in tears thanking the fire department and those who saved their lives.