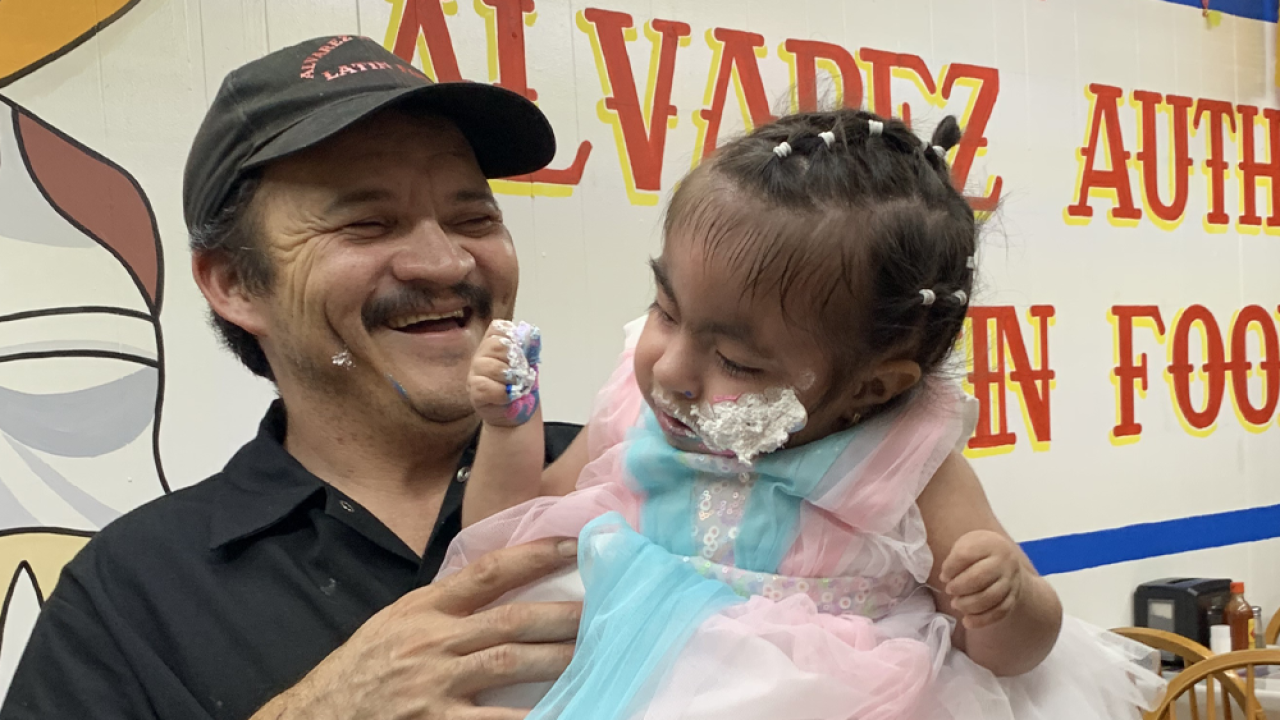 For the past 22 years, Wilfredo Alvarez has lived the "American Dream," opening up two successful restaurants and raising a family. It only took one trip to the Department of Homeland Security and one flight to Honduras to erase it all.

On Oct. 1, Alvarez went to the Department of Homeland Security Office for a routine check-in. For the past six years, the same trip resulted in paperwork being signed extending his humanitarian stay in the United States to take care of his sick daughter.

That didn't happen this time around. Alvarez was detained and fourteen days later on a plane back to his native Honduras.

"People ask how things are here; I say 'terrible for me. It is hell, hell,'" Alvarez said. "I am adjusting. Things here are so much more difficult."

Alvarez talked to us through Facebook video in the only town with WiFi. A journey marked by roads filled with dangers around every corner. He fears local gangs will kidnap him and hold him from ransom because he lived in the United States.

"There are killings every day, I try not to leave my mom's house," Alvarez said.

Alvarez crossed the border into the United States in 1999. He said he was young, in search of a better life, and didn't understand U.S. laws. Looking back, he said it was worth it despite the pain of being separated from his family.

"Now, my children won't have to make the same sacrifices I did crossing a border illegally," Alvarez said. "I have a beautiful family, I built great friendships that even I never thought possible, so many great friends there. Now that I am a complete man, I know there are laws I have to respect, and I will get my green card."

Back in Florida, Alvarez's children, all born in the United States, are trying to understand why their father is gone. His 4-year-old daughter Dariannellys was born with a rare genetic condition.

Alvarez was her caretaker, he even built a room for her in his restaurant to continually monitor her. His wife and children are caring for her now, but he was her everything.

"That is what is killing me," Alvarez said. "Everyone always says, enjoy your daughter as much as you can. Because from one moment to the other with the issues she has with her heart, or failure in her system, she can die at any moment. I can't sleep, I'm always thinking about my daughter I've never been separated from my children."

His immigration attorney Emel Ersan said Alvarez is the perfect candidate for a green card, but the federal government refuses to hear his case.

"He has been here for 20 years," Ersan said. "He doesn't have any convictions. He's come to every single hearing, every single court date, and here at ICE; he has been reporting here every year sometimes every three months."

Each time Alvarez checked in with federal officials, Ersan said he'd been given a humanitarian stay. Alvarez is the sole provider for his family and Dariannellys, who was born with a chromosomal condition called Trisomy 18 or Edwards Syndrome.

"I can't walk out of here thinking that there is a humanitarian parole anymore, because I can't think of a more extreme case where a 4-year-old is being fed through a tube and will die without any assistance she is going to be a warden of the state," Ersan said. "Mexico or Honduras they don't have the medical facilities, they are going to leave her to die. I mean the truth of it is, she is a U.S. citizen child, that's going to be left in a third world country who doesn't even have the most basic healthcare."

Alvarez said he wants to thank everyone in his community that wrote letters to Immigration and Customs Enforcement, asking them to stop his deportation. He told us he has this message for President Donald Trump.

"To be honest, I'd tell him really he is doing a job that we understand, something that he was elected president to do, he does his job well to protect his country," Alvarez said. "But, he has to protect it from the people, the truly bad people, the delinquents the terrorists, not from people who arrived to work and fight for a better life."