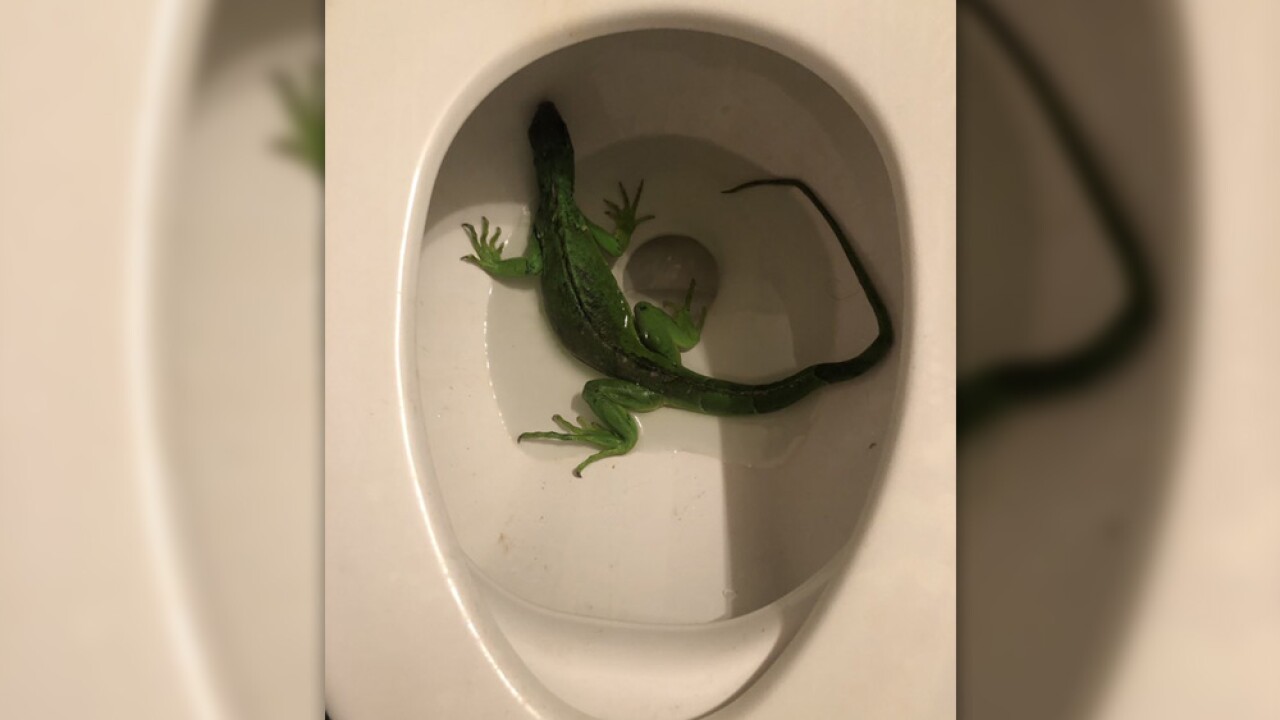 Imagine lifting the toilet seat only to find a giant lizard lurking inside!

That's what happened to one homeowner in Fort Lauderdale Thursday.

Fort Lauderdale Fire Rescue tweeted the images from the scene.

Can you imagine lifting the toliet seat and finding this? Today Engine 13 responded to this exact call. Upon arrival the owner stated when they went to use the restroom they found the lizard in the toliet . Our crews took the lizard outside and released him without harm! #Media pic.twitter.com/WxfwAYvh5K

Crews took the lizard outside and released it without harm.