It was all a dream: Whitney, B.I.G. inducted into Rock Hall 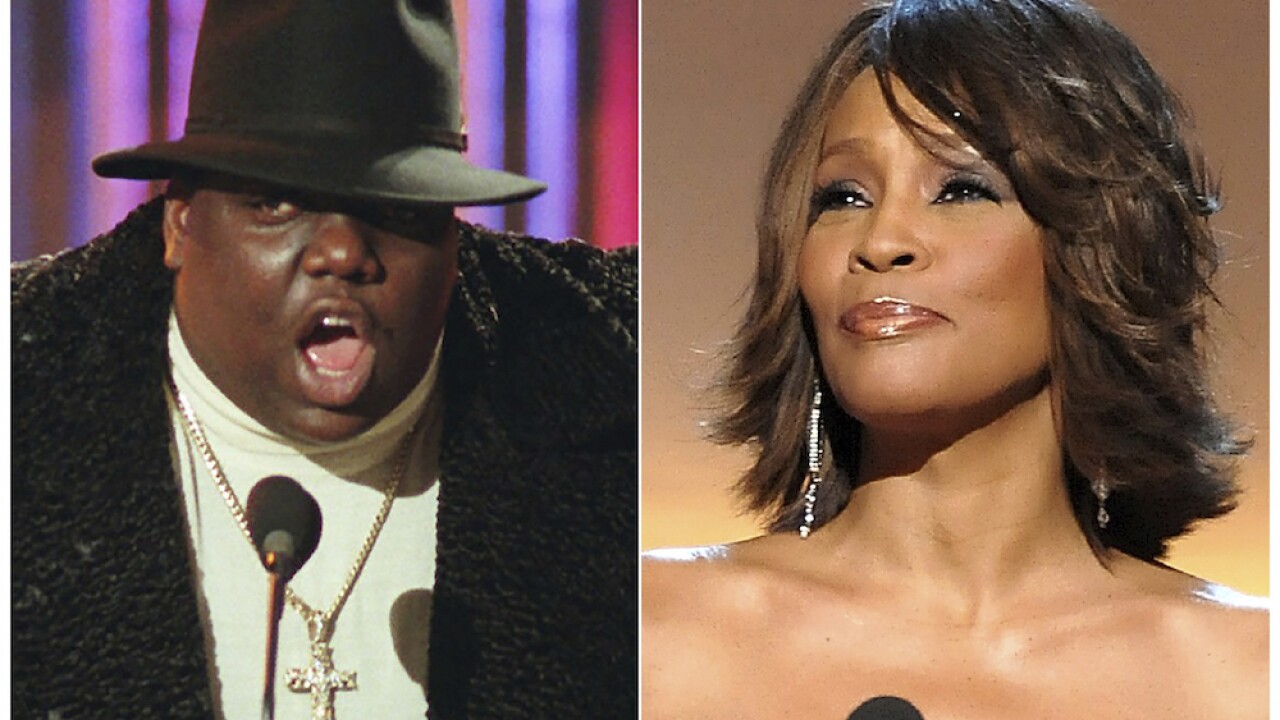 Copyright 2020 The Associated Press. All rights reserved.
AP
This combination photo shows Notorious B.I.G., who won rap artist and rap single of the year, during the annual Billboard Music Awards in New York on Dec. 6, 1995, left, and singer Whitney Houston at the BET Honors in Washington on Jan. 17, 2009. Houston and the Notorious B.I.G. are among the inductees to the Rock and Roll Hall of Fame's 2020 class. (AP Photo)

NEW YORK (AP) — In a typical year, the newly inducted Rock and Roll Hall of Fame class would have hit the stage and perform the well-known songs that made them famous and helped them enter the prestigious organization.

Because of the coronavirus pandemic, this year's all-star group was inducted Saturday night in a taped HBO special that told the stories of Whitney Houston, Notorious B.I.G. and the Doobie Brothers' rise to fame and how acts like Nine Inch Nails, T. Rex, and Depeche Mode heavily impacted the music industry and generations after them.

According to the Los Angeles Times, Houston's mother/manager Cissy Houston accepted her induction on her behalf.

Whitney was 48 when she passed away in 2012 after she accidentally drowned due to heart problems and cocaine use, ABC reported.

According to Vulture, Houston, Biggie, and T. Rex founder Marc Bolan were three 2020 inductees honored after their deaths.

Notorious B.I.G., who was shot and killed in 1997, was inducted by Sean "Diddy" Combs, Vulture reported.

Bolan, who died in 1977, was inducted by the former drummer for the Beatles Ringo Starr, Rolling Stone reported.

The induction ceremony was initially supposed to occur in May in Cleveland, the city where the Rock Hall is located.