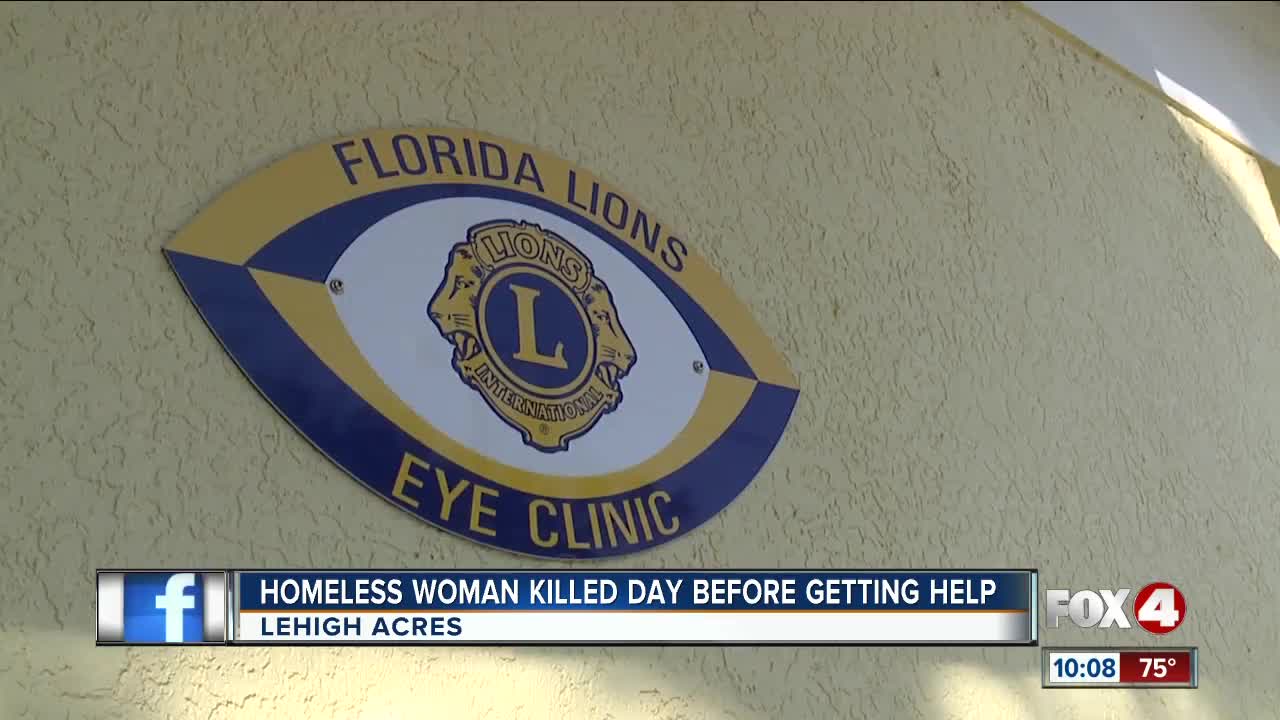 LEHIGH ACRES, Fla. — A memorial for Lorraine Miller is a daily reminder for Steven Kempa as he walks to work in Lehigh Acres. On September 4th, the 50-year old woman, who was practically blind and homeless, crossed Homestead Road in front of the McDonald's was hit. Ironically, she was supposed to meet Kempa the next morning.

Kempa recalls, "She never made it out here. We were going to go out here the morning after she died. We had it all arranged with Tamika from the Lions Club to come out here for a check up and Tamika said they'd get her glasses if she needed it, surgery if she needed it."

Tamika Seaton, executive director of the Lions Club, said, "He wrote me a letter several months ago about Lori sharing her story, that she often crosses the street thinking that she’s walking in the crosswalk but she’s actually walking in the street. And, he remembered the Lions Club helping him out several years ago and helping him with his cataracts." She added, "It just breaks our heart that it happened because we’re here. We’ve been here for 10 years. And all of our services and programs are free of charge and we could have found out what’s wrong with Lori and helped her."

Instead of helping Lori the next day, Seaton received Kempa's heartbreaking voicemail. In part, it said, "I have some very bad news. I went to McDonald’s to meet Lori today and they said last night, she was crossing the street and this is very bad. She got hit by three cars and they said she didn’t make it. she died. She got hit by three cars and died."

Kempa now hopes, "Maybe the Lions Club could help some other people before something like this happens again."

Since 2008, the Florida Lions Club Eye Clinic has provided free eye care to children and families with no medical insurance and an income below 200% of the federal poverty guideline.

Seaton says, "When you think about it, vision, that’s your key to being independent. That’s your key to seeing in the world. That’s the key to so many different things that we take for granted every day, just by seeing."

99% of the optometrists and ophthalmologists are volunteers, including seasonal residents. Last year, the Florida Lions Club Eye Clinic was able to treat two thousand patients, including over 80 surgeries because of grants, donations and their main fundraiser, "The Eye Ball Soiree." The 4th annual soiree is February 23, 2019. The theme is "Havana Nights." The organization welcomes sponsors and auction item donations.