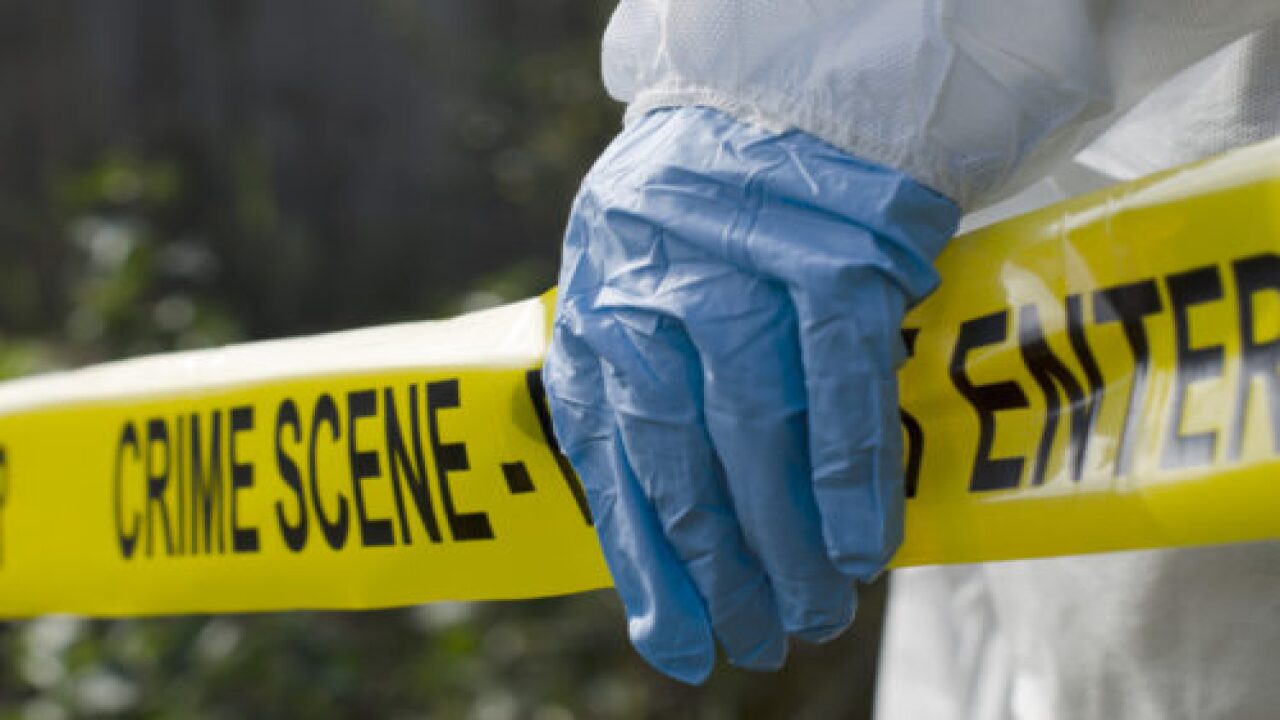 Over the past five or so years, true crime as a podcast genre has exploded in popularity. Some shows meticulously dissect a single crime over the course of a dozen episodes; others do a deep dive into a certain type of crime — cults, serial killers, fraud. Still others surprise listeners with the twists and turns of a new case every week.

Something these podcasts all have in common, though? The ability to raise the hair on your arms.

At this point, some podcasts have reached the status of classics. Others are generating the type of buzz that ensures they’ll be talked about for years to come. We’ve compiled a list of classic true crime podcasts you must hear, as well as some newer ones you’ll want to know about:

True crime, as a genre, has been around for years. But the first podcast that gained mainstream attention in the true-crime realm was “Serial,” a spinoff of NPR’s “This American Life.” The podcast cracked open the 1999 murder case of a Baltimore teenager, Hae Min Lee, and investigates whether her classmate and ex-boyfriend Adnan Syed was wrongfully convicted in her death.

The podcast was released in fall 2014, and by winter 2015 it had sparked a national conversation: It seemed everyone was an amateur detective with a theory on who was guilty of murder. “Serial”’s first season has been downloaded more than 175 million times and was the first podcast to ever win a Peabody Award . The podcast, hosted by investigative journalist Sarah Koenig, had real-world implications, too, as Syed continued to maintain his innocence and went through a lengthy appeal process — though in March 2019 he was denied a new trial by Maryland’s highest court.

Truth be told, many of the popular podcasts are gruesome and come with listener discretion warnings at the beginning (and well-placed home security advertisements). If you want a true crime fix minus the grit, turn your attention to “The Dropout.” This 2019 ABC News podcast unravels the story of disgraced Theranos founder Elizabeth Holmes, a self-made billionaire who dropped out of Stanford at age 19 to start a blood-testing company. But, there was a huge problem: The blood-testing device she promised could perform dozens of diagnostic tests with a single drop of blood didn’t actually work.

Holmes goes to trial in August of 2020, facing up to 20 years in prison and millions of dollars in fines for fraud charges. The six-episode podcast features interviews with many key players, including her former employees, and is the result of a three-year investigation.

Love TV shows like “Law and Order” or “Criminal Minds”? Give “Criminal” a whirl. The episodes don’t just revolve around those who have done wrong, but also features those who have been wronged and those who fall somewhere in the middle. The crimes that are dissected on this podcast span centuries, and each episode is its own story, so you can begin anywhere.

A recommended starting point is Episode No. 51, “Money Tree,” about a college student who discovers her identity has been stolen — by her mother. No matter how chilling the crime, you’ll probably feel soothed by Phoebe Judge’s smooth-as-velvet, yet assertive voice. This prolific classic  has churned out more than 120 episodes.

The Los Angeles Times caught some flack back in fall 2017 when it gave front-page treatment to its multi-day print series “Dirty John.” Some jabbed that it felt too much like tabloid gossip, not journalism. But the real-life tale of a successful interior designer, Debra Newell, who met a guy on a dating website who seemed to check all the boxes, is a relevant story about trust and deceit in the digital age of dating.

The L.A. Times podcast, which was released at the same time as the print feature, unravels the story of how Newell discovered that John Meehan, or “Dirty John,” was an abusive con man who had been in and out of jail and, despite wearing scrubs like they were his uniform, wasn’t actually a doctor. The podcast can be consumed over six episodes.

If you like podcasts that feel more conversational, like you’re chatting with friends, turn your attention to “My Favorite Murder.” The popular podcast blurs the lines between comedy and crime and is hosted by friends and true crime aficionados Karen Kilgariff and Georgia Hardstark.

A recent episode involves banter about people who have been buried alive. The duo is approaching 200 episodes and is going on a tour this fall with live shows. People enjoy the series so much, you can buy merchandise from it! The podcast has been around since early 2016.

Cults are notoriously shrouded in mystery. So, if you’ve ever wanted a behind-the-scenes look at what goes on in one — but, you know, from a safe distance — the “Cults” podcast is bidding for some attention. Each cult that is dissected on the show is the focus of two episodes, covering famous ones and lesser-known groups and exploring the psyches of those who get involved.

Co-hosts Greg Polcyn and Vanessa Richardson have another show, “Serial Killers,” that is terrifying. There are over 100 episodes to explore.

In 2009, April Balascio knew she needed to snitch: She called a detective and told him that she believed her father, Edward Wayne Edwards, was responsible for the 1980 murder of two teenagers in Wisconsin. Edwards had been interviewed shortly after the double murder but was dismissed as a suspect. After Balascio tipped off police, Edwards’ DNA connected him to the case, and it turned out he was a serial killer.

Through interviews with host Josh Dean, Balascio reconstructs obscure memories of her father, like how he was insistent that he’d made fried chicken and mashed potatoes even though Kentucky Fried Chicken buckets were in the trash — an anecdote that shows how he would cling to his lies. The first episode debuted in July 2019.

Listen to it at Apple Podcasts or other podcast services.

If you loved “Serial,” you’ll want to listen to “Accused” next. Cincinnati Enquirer reporter Amanda Hunt does a deep dive into the murder of Elizabeth Andes, who was 23 when she was found stabbed to death in her Ohio apartment in December of 1978. The first season investigates whether police got it right when they arrested Andes’ boyfriend.

The second season of “Accused” delves into the 1987 murder of Retha Welch, a grandmother and prison minister found beaten to death in her Kentucky apartment. A third season is forthcoming.

With a 4.8 rating on Apple Podcasts, the recent 10-part series “ Confronting: O.J. Simpson with Kim Goldman ” podcast revisits the double-murder case of Nicole Brown Simpson and Goldman’s brother, Ron Goldman. The podcast feels intimate: Goldman has emotional conversations with her father, lead prosecutor Marcia Clark and Jill Shively, who claimed she saw Simpson driving erratically the night of the double murder but was deemed not credible after she sold her story to a tabloid.

Kim Goldman never confronts O.J. Simpson (though she did ask to interview him). Rather, she’s confronting the grief, trauma and “what-ifs” that have haunted her for the past 25 years since her brother was fatally stabbed.

If you’re a true crime purist, “Sword and Scale” should definitely be on your “listen to next” list. The show does deep dives into lesser-known crimes and includes 911 tapes and police interviews, with episode notes documenting each show’s sources. The tagline of “Sword and Stone?” “A show that reveals that the worst monsters are real.” The podcast was a pioneer in true crime podcasts, debuting in early 2014 and churning out 145 full episodes since.

Do you love true crime, but wonder why? Here’s why psychologists and other experts say we enjoy true crime as a form of entertainment.  If you enjoy this thrilling genre, you’ll love these podcasts!

Love true crime?  Court TV  is back in session! The new Court TV is devoted to live gavel-to-gavel coverage, in-depth legal reporting and expert analysis of the nation’s most important and compelling trials. The network runs 24 hours a day, seven days a week on cable, satellite, over-the-air and over-the-top.