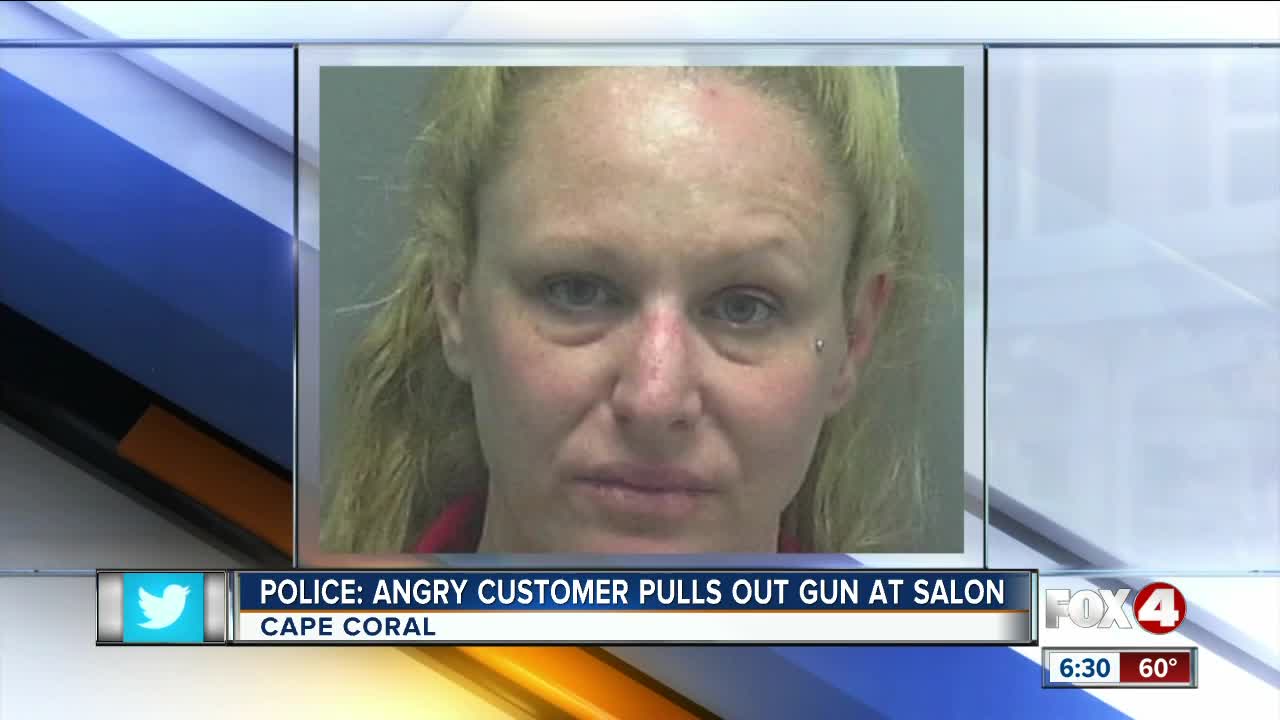 CAPE CORAL, Fla. -- A woman has been arrested for pulling a gun out at a hair salon. According to police, she said her appointment was taking too long.

It happened at the ‘Hair Cuttery,’ salon in Cape Coral off Del Prado Boulevard Sunday evening.

Police reports say, Laura Ulin, 40, walked into the salon with her kids and started cursing. She claimed she had an appointment and it was “past time.”

Police say Ulin got into an argument with a customer and was told to “take a chill pill,” and things escalated from there.

Another customer who was sitting next to the woman Ulin was arguing with got in between the two, and told Ulin to calm down. The report says Ulin took a firearm out of her purse and held it at the woman’s stomach and told her to “back up.”

Moments later, Ulin was told the police were called and she left with her children. She was arrested and charged with aggravated assault and carrying an unlicensed firearm later that night.