Houston teams and athletes step up for hurricane relief 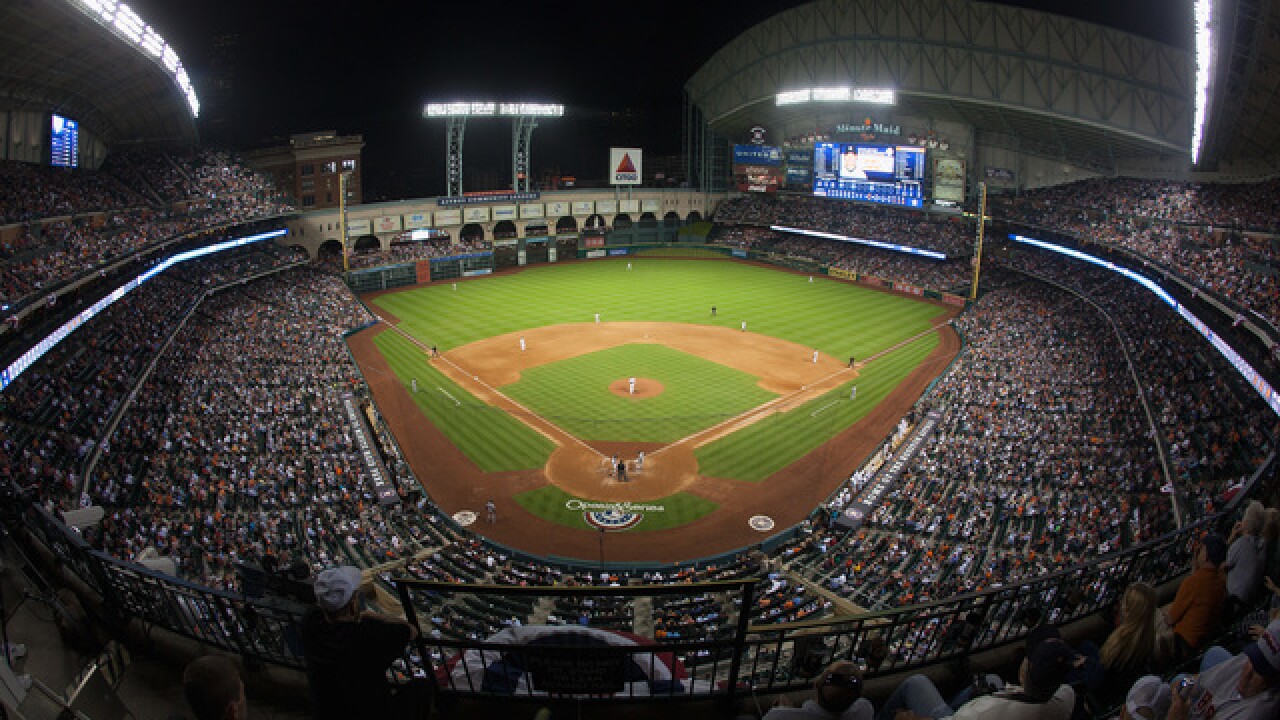 Houston Rockets owner Leslie Alexander says he'll up his donation to those affected by Hurricane Harvey to $10 million.

He had already pledged $4 million but announced the increase Tuesday.

Alexander is not alone. Several sports teams and athletes have been pitching in to help after Hurricane Harvey.

The owners of the NFL's Texans, MLB's Astros and NBA's Rockets have pledged millions of dollars toward relief efforts.

Athletes are stepping up, too. Texans defensive end JJ Watt started raising money for victims and beat his original goal of $200,000 in two hours. By Tuesday afternoon, money was coming in so fast that he raised the goal to $2 million.

Watt, who is stuck in Dallas, talked about the campaign in a video posted on Monday night. He said he was working hard to make sure the money went directly to people in need, not to administrative fees.

"Houston, stay strong. We are with you," Watt said. "We're going to do everything that we can to make sure that you guys get back on your feet."

The teams and players have made their charity announcements while they're stranded outside Houston themselves. The Texans had to move a preseason game to Dallas, and the Astros are playing what was supposed be a home series this week in Florida.

Here's a roundup of who has given what for Harvey relief:

--The NBA and NBPA, or National Basketball Players Association, have pledged $1 million to organizations including the Hurricane Harvey Relief Fund and the American Red Cross.
-- Astros owner Jim Crane, the rest of the team's ownership group and its foundation will donate $4 million to relief efforts.
-- Rockets owner Leslie Alexander pledged $4 million to Houston Mayor Sylvester Turner's Hurricane Harvey Relief Fund.
-- Texans owner Robert McNair is giving $1 million to the United Way's fund for Hurricane Harvey relief.
-- Watt is trying to raise $2 million for victims.
-- Tennessee Titans majority owner Amy Adams Strunk is donating $1 million to Watt's campaign. (The Titans, previously the Houston Oilers, relocated to Tennessee in 1997.)
-- Rockets point guard Chris Paul donated $50,000 to Watt's campaign.
-- The NFL's charitable foundation pledged $1 million to United Way's relief fund.
-- MLB and its players association are together donating $1 million to the Red Cross and other relief efforts.
-- The New England Patriots said they would match up to $1 million worth of public donations to the American Red Cross.
-- Los Angeles Angels center fielder Mike Trout and his wife are donating $27,000 to the Red Cross. (He wears #27.)
-- The Tennessee Titans Foundation donated $25,000 to the Red Cross.
-- The Texas Rangers are donating the charitable half from three of their home game raffles to the American Red Cross.
-- The Dallas Cowboys are holding a telethon with cheerleaders and former players to raise money.
-- The Sacramento Kings are supporting the Red Cross by taking donations by phone and recording a public service announcement featuring two of their players with ties to Houston. The team will donate the proceeds from a raffle.
-- Fantasy sports site DraftKings is holding a contest and donating the entry fees to the Red Cross.

Some have shown support for Houston in other ways.
-- Rockets center Clint Capela used Twitter to share messages from those stranded in flooded areas and in need of rescue.
-- Crane Worldwide and the Ballpark of the Palm Beaches, the spring training home of the Astros, are collecting donations like non-perishable food, bottled water, diapers and toilet paper for victims.
-- Texans head coach Bill O'Brien said the team would be dedicating its season to the city: "We'll play our asses off for the city of Houston."

Copyright 2017 Scripps Media, Inc. City News Service contributed to this report. All rights reserved. This material may not be published, broadcast, rewritten or redistributed.