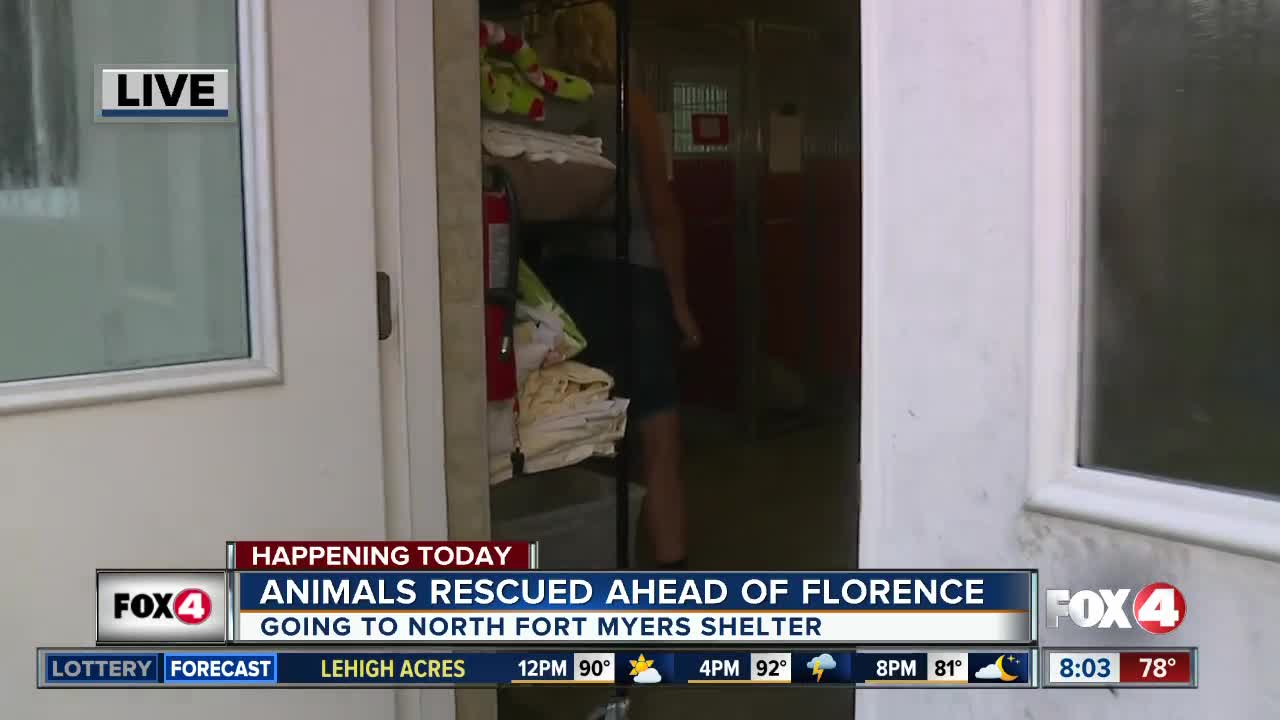 As Hurricane Florence creeps closer, shelters in the Carolinas are rushing to evacuate animals who need rescuing. The Animal Refuge Center in North Fort Myers is saving as many as they can. 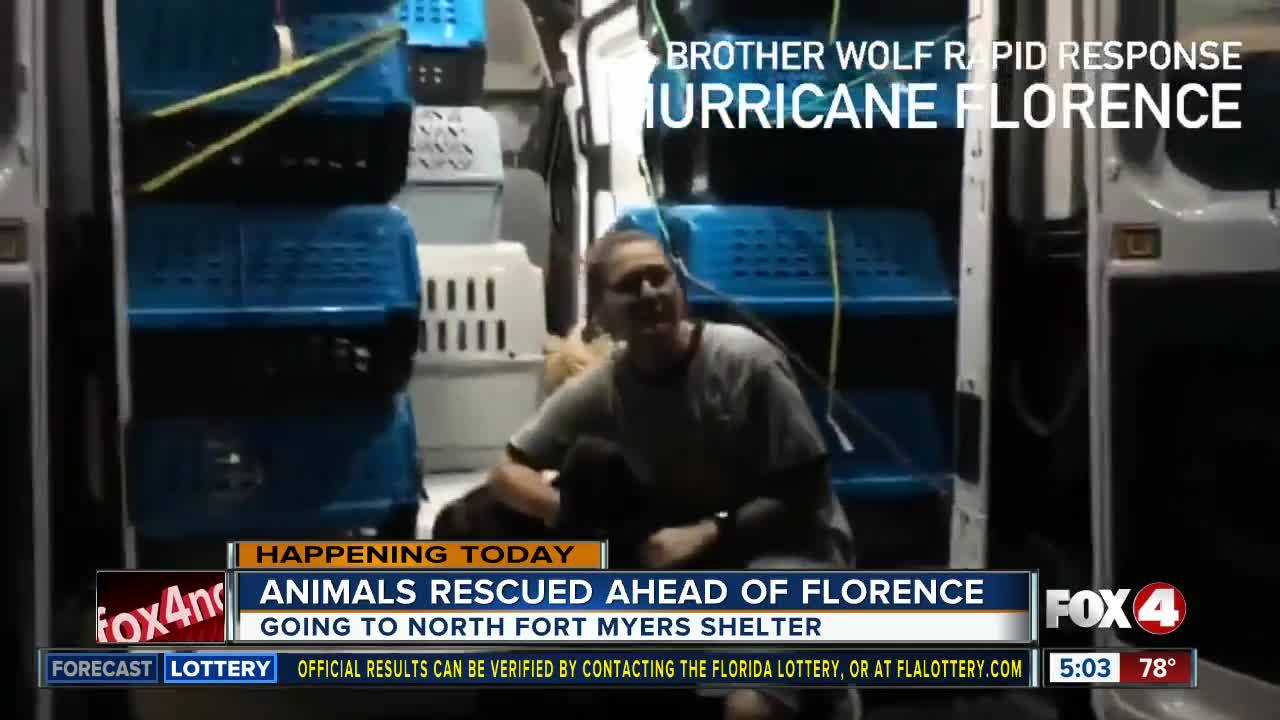 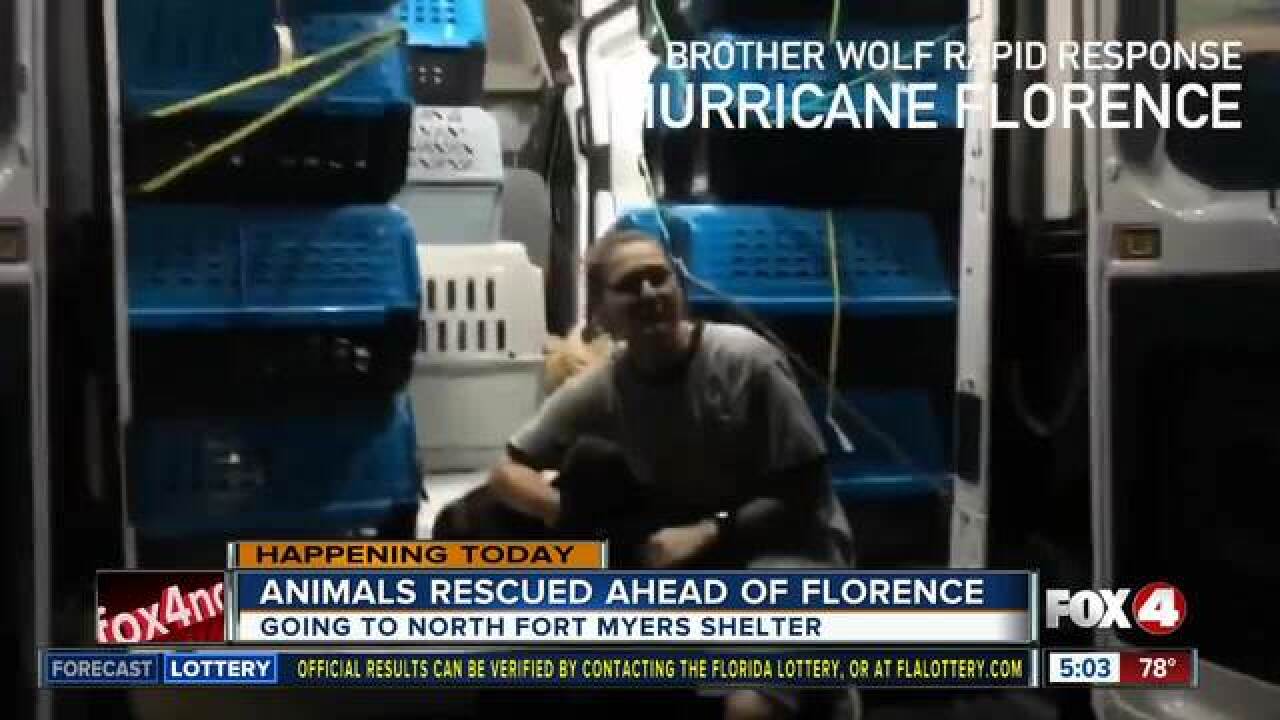 NORTH FORT MYERS, Fla. -- As Hurricane Florence creeps closer to the U.S. east coast, shelters up north are rushing to evacuate animals who need rescuing.  So a refuge center in Southwest Florida stepped up to save them.

About two dozen cats and dogs are now safe and sound after being rescued from a shelter in South Carolina before the hurricane rolls in.

“It looks like the apocalypse is coming,” says Calen Otto of Brother Wolf Animal Rescue.

“People are boarding up, they are scattering to get out,” says Stacey Brackett of Brother Wolf Animal Rescue.

Calen and Stacey picked up the animals and drove 12 hours straight to arrive Thursday morning at the Animal Refuge Center in North Fort Myers.

After going through Hurricane Irma, the center knows what it means to be in need.  “I think having it so fresh in our memories and knowing what it was like to be hunkered down here with all our animals on property, not knowing how bad storm surge can be…we can no other choice but to step up,” says Laura Braun.

The relocated animals will be put in the intake building and will have access to medical, feeding and cleaning stations.  “There is going to be more need so this is just the first wave of animals were taking in. I would anticipate the next weeks and ten months we will probably be called upon again to take in more,” says Braun,

They have largest no kill shelter in Southwest Florida, with nearly 400 animals.

The animals will need a good home. They will be available for adoption, but first they will have to be quarantined for at least ten days for medical evaluations.

The Brother Wolf Rapid Response group is heading back up to the Carolinas with hopes to now save farm animals before the storm hits.