Tropical Storm Arthur moving away from N.C. headed out to sea 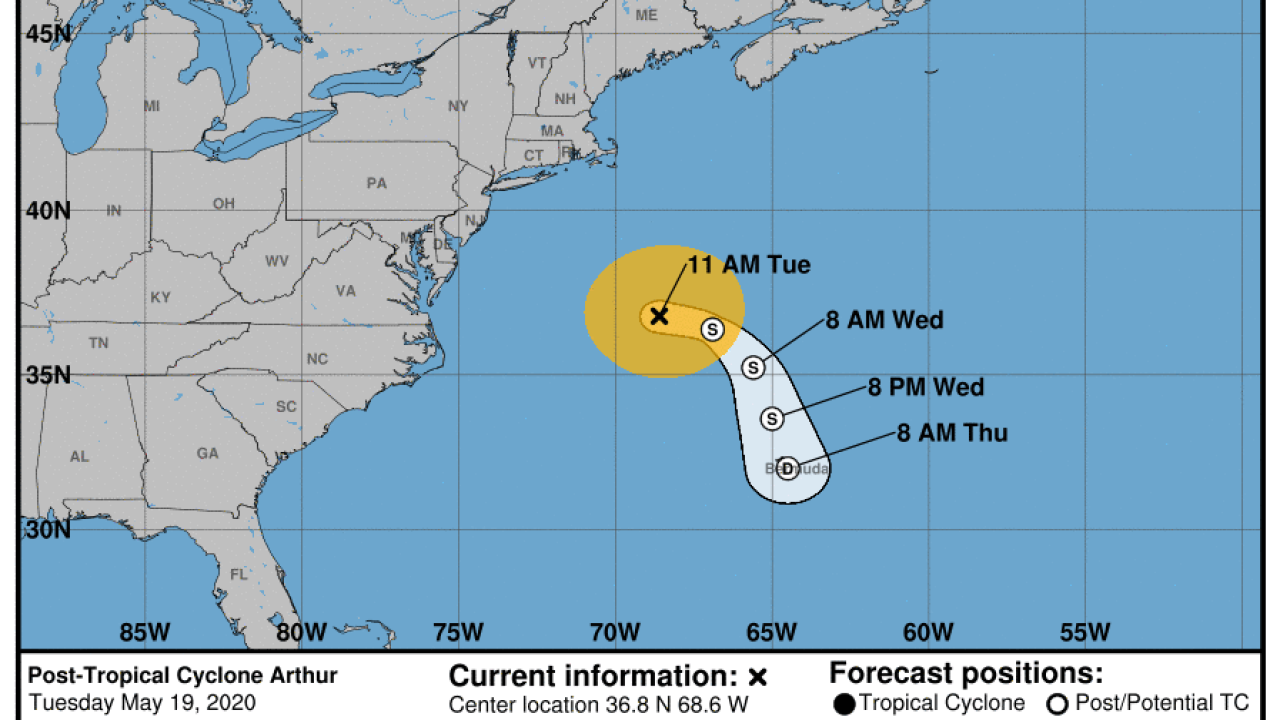 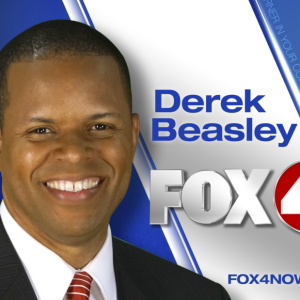 Arthur has transitioned to a post-tropical cyclone and the NHC has issued the last advisory.

Tropical Storm Arthur continues to move away from N.C. and is heading out into the Atlantic. weakening is still expected by the end of the week.

Tropical Storm Arthur continues to soak eastern N.C. this morning with winds at 50 mph. Latest forecast track pulls it away from the coast tonight and Tuesday before weakening later in the week.

Not much has changed in regards to Tropical Storm Arthur. Maximum sustained wind is still at 45 mph with movement slightly faster at 10 mph to the NNE. Central pressure remains at 1004 MB as rain bands continue to make their way into the outer banks of North Carolina. Tropical storm force wind can be expected along parts of the North Carolina coast before Arthur moves eastward out to sea.

Arthur hasn't strengthened over the past few hours, but its forward speed has slowed significantly. Arthur is now moving NNE at 9 mph. Central pressure has increased to 1004 MB. Arthur continues to drop rain along the Carolina coast. Tropical Storm warnings are in effect for coastal North Carolina through Monday as tropical storm force wind is expected.

Tropical Storm Arthur continues to move north and the latest Hurricane Hunter aircraft notes some slight strenghtening this morning. It still continues on a northward trek and will approach the North Carolina coast by early Monday morning with a threat for heavy rain and tropical storm force winds near the coast.

Tropical Storm Arthur hasn't changed intensity since last night and continues to move NNE. It is expected to make a close pass to the NC coast on Monday. Tropical Storm Warnings are now in effect for parts of the NC Coast mainly north of WIlmington from Surf City to Duck including Pamlico and Albermarle Sounds. Tropical storm conditions will be possible on Monday in these areas as tropical storm force winds extend outward up to 80 mi from the center.

Tropical Storm Arthur upgraded from Tropical Depression One after Hurricane Hunters discover a strengthened storm. Max winds are at 40 mph with highs gusts. Forecast track takes it north away from Florida with a close pass with the North Carolina coast by Monday. Tropical Storm Watches remain in effect for the NC coast.

Tropical Depression One has formed in the western Atlantic just off the Florida coast. Hurricane hunter aircraft have been investigating the storm throughout the afternoon and have determined that the storm has met the criteria to be classified as a tropical depression with maximum sustained winds at 35 mph. Movement continues in a northerly direction and will continue pulling a way from the Florida coast through Sunday. A few showers have been wrapping in on the back side of the storm over central and parts of southwest Florida this afternoon, but any additional effects from the storm will be minimal through Sunday. Tropical Storm Watches are now in effect for portions of the NC Coast.

The latest computer model forecasts show some slow strengthening with a trend further to the west with the latest model suite, bringing the center closer to the Outer Banks of North Carolina and up the eastern seaboard from there into Maryland and Delaware. A couple of the models are indicating a possible landfall somewhere on the east coast from North Carolina northward, however it is still to early to make a solid call on this. Either way, heavier rain and rough seas/heavy surf will be an issue for parts of the East Coast, in particular areas where the storm makes a close pass to land.