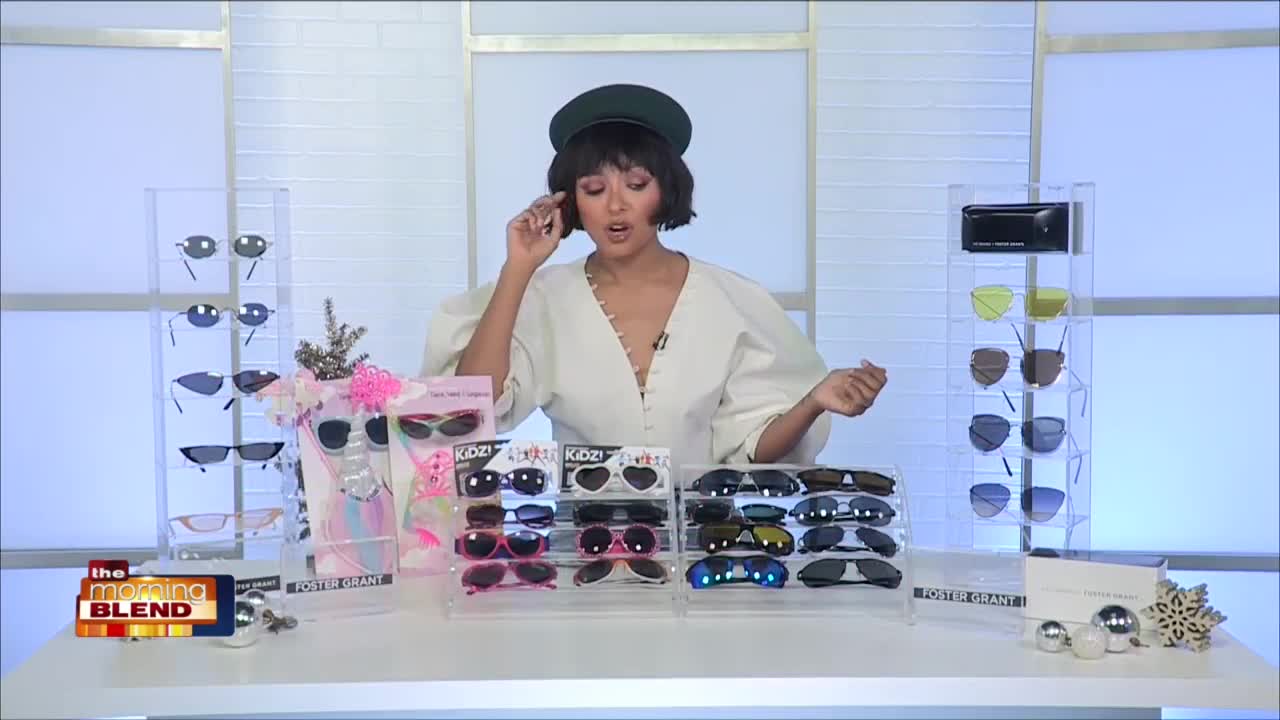 Actress, Singer and Humanitarian Kat Graham is sharing the scoop on her favorite gift to give for the holiday season- sunglasses!

Kat Graham is an actress, singer, dancer, producer and humanitarian. Working across a variety of genres in film, television and music, she is one of most accomplished and versatile young talents working today.

Graham was seen in Netflix’s “How It Ends” as Samantha. The film, released in July 2018 follows a man and his estranged father-in-law’s desperate race to save his pregnant wife, Samantha, after a mysterious apocalypse. Graham next lent her voice to Nickelodeon’s animated television show, “Rise of the Teenage Mutant Ninja Turtles” as the first African-American April O’Neil. The show will premiere in September 2018. She will also been seen as the lead in Netflix’s upcoming film “The Holiday Calendar” with Quincy Brown scheduled for a November 2018 release.

Graham starred as Jada Pinkett in the highly anticipated Tupac Shakur biopic “All Eyez on Me,” which Lionsgate released in 2017. She was also featured in Lionsgate’s “Where’s the Money?” a comedy about a guy who must pledge a fraternity to recover a stash of stolen money.

Graham made her television debut in 2002 on Disney Channel’s popular teen comedy “Lizzie McGuire.” She starred as Bonnie Bennett, considered to be her breakout role, in the CW’s “The Vampire Diaries.” The show premiered in 2009 and received praise from fans and critics alike. The supernatural drama ran for eight seasons.

Graham has also produced and sold multiple film and television projects including docu-web series “Breaking the Record” with Disney’s Maker Studios, and the dance drama “From The Top” with Warner Bros. Television. She is set to star in and produce a biopic about iconic Motown singer Tammi Terrell with Hilary Shor and Bob Teitel.

A talented singer and music producer, Graham she released her second album, “Love Music, Funk Magic,” in 2017 which she worked on with Babyface and Prince. She released her debut EP “Against the Wall” in May 2012 after signing with A&M Octone Interscope records, and her first single, “Put Your Graffiti On Me,” which was produced by popular Australian production duo Twice as Nice, reached over 7 million views on VEVO and hit #5 on the Billboard Dance Chart. Her debut album “Roxbury Drive,” which included her single “Secrets” featuring Babyface, was released in 2015. Graham, who has a degree in recording engineering, produced the 90s-inspired album with Jean-Yves “Jeeve” Ducornet and co-wrote the album with Babyface.

A trained dancer, Graham has appeared in music videos for a myriad of artists including Grammy winners Pharrell, Missy Elliot, John Legend, Nelly, Diddy and Usher. She has also performed on tracks with Snoop Dogg and Will.I.Am [na01.safelinks.protection.outlook.com], and toured with the Black Eyed Peas on their 2007 world tour.

Born in Geneva, Switzerland, Graham speaks four languages – English, Spanish, French and Hebrew, and in 2013, she became a high profile supporter of the UNHCR. She is also a council member for GLAAD, as well worked with The Water Project helping fund wells for clean water to be built for villages and schools throughout Africa.

Graham is an active ambassador for Empower 54 by raising millions of dollars and delivering necessary goods and services to the Congo and Nigeria. Empower 54 is a non-profit organization that offers assistance throughout the continent through health, rural development, educational, empowerment initiatives for woman and girls and successful refugee programs

Graham has been the face of Foster Grant since 2014. She joins a long list of Hollywood elite in working with Foster Grant through the decades including Raquel Welch, Mia Farrow, Vanessa Redgrave, Cindy Crawford, Brooke Shields and more.