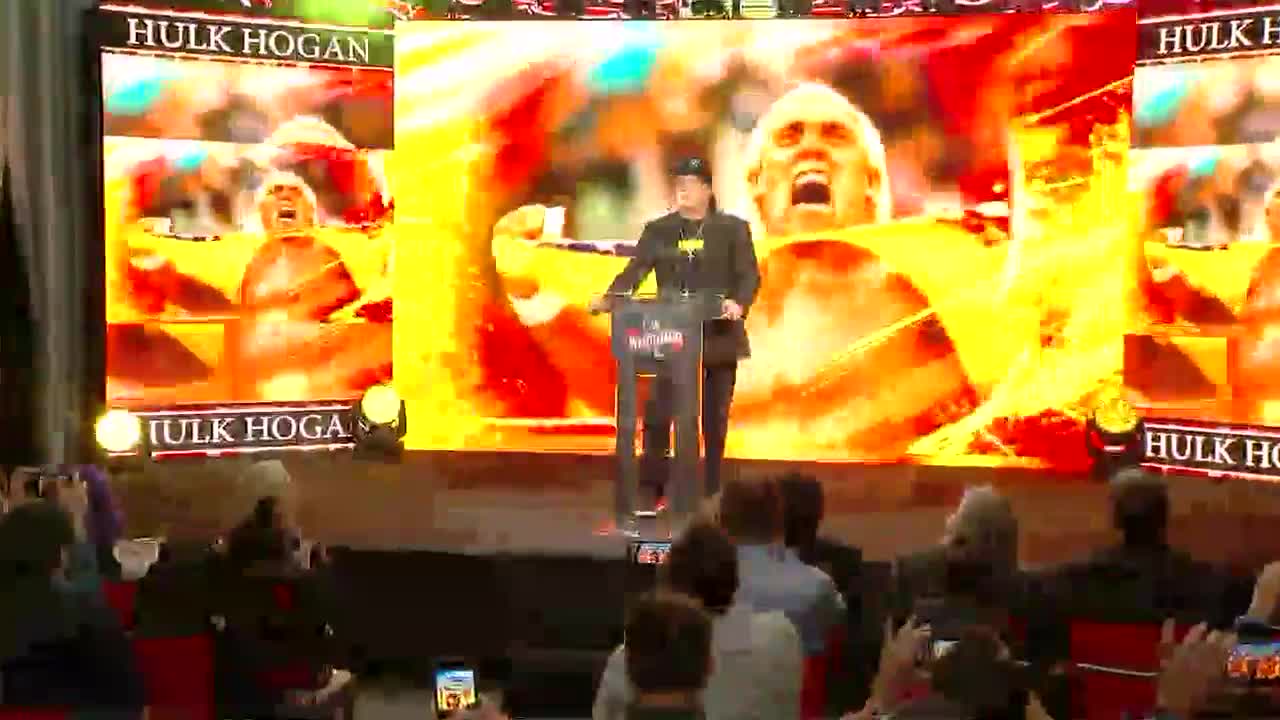 Hulk Hogan was the first to speak at a news conference on Thursday announcing Wrestlemania 36 coming to Tampa in 2020. 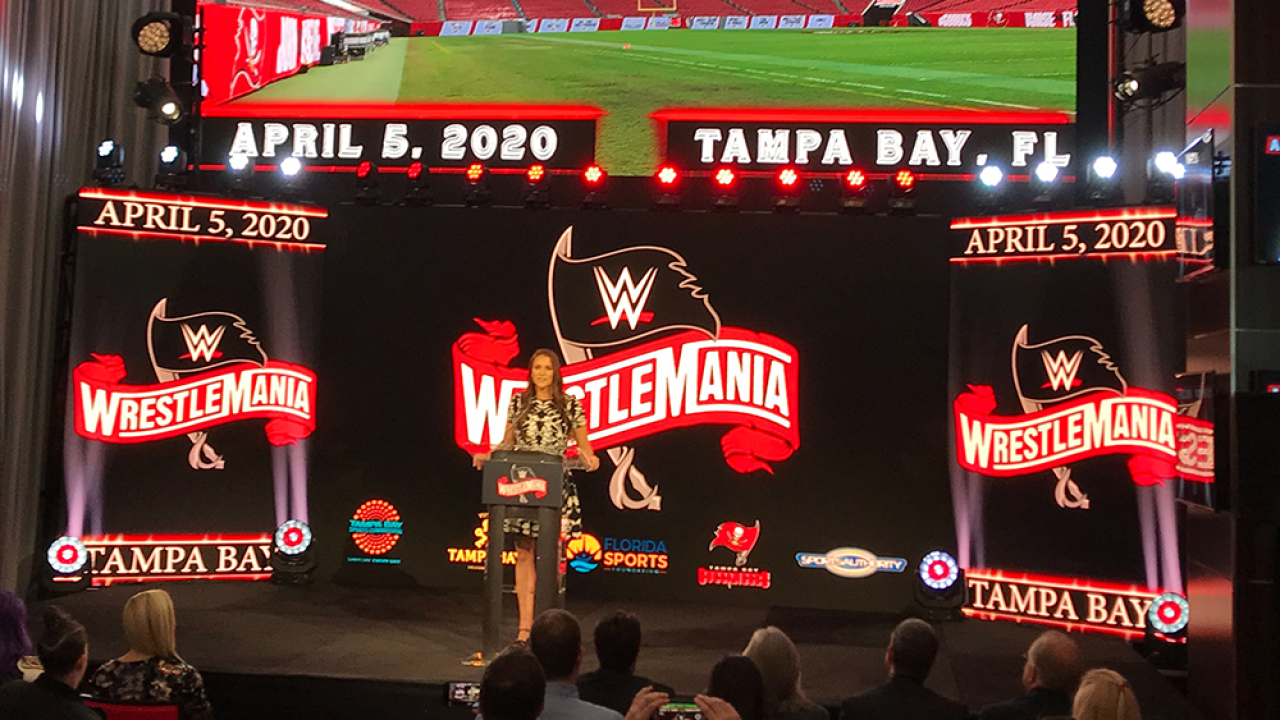 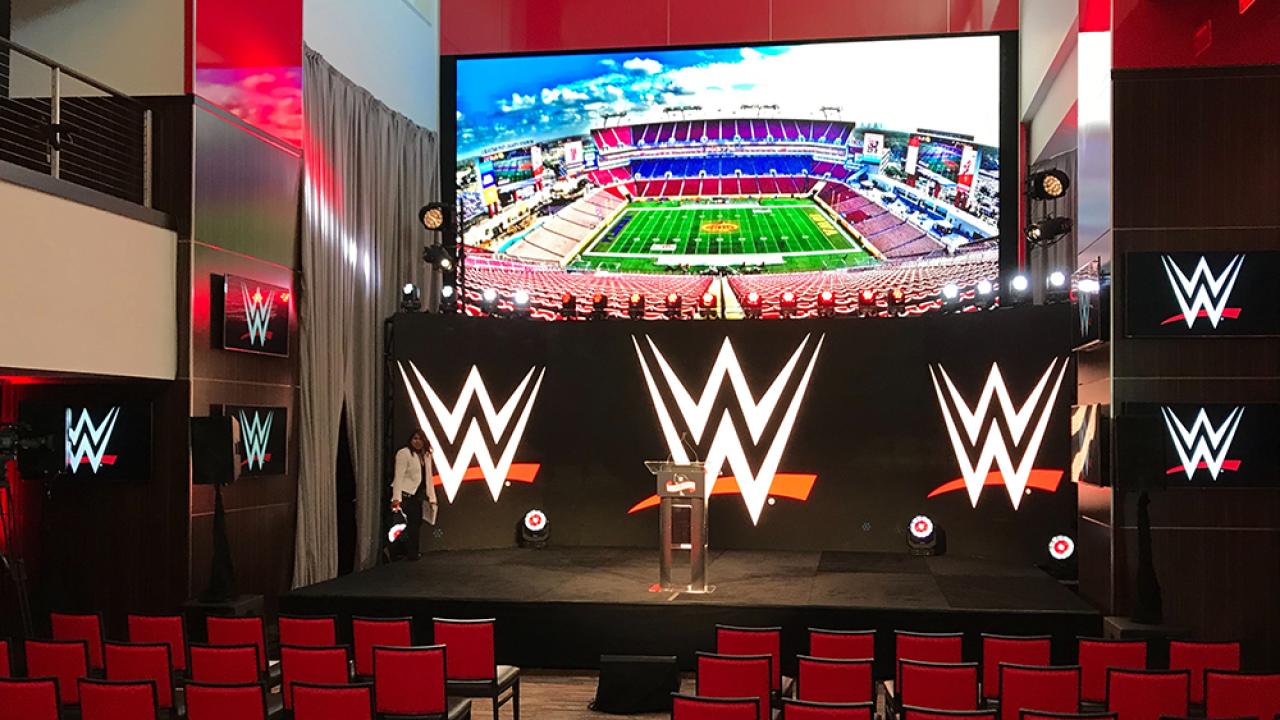 TAMPA, Fla. — It's official! The WWE is bringing WrestleMania 36 to Raymond James Stadium in Tampa on April 5, 2020.

WWE superstar Hulk Hogan opened up the news conference to share his excitement about WrestleMania 36 coming to Tampa.

Watch the 11 a.m. announcement LIVE from Raymond James Stadium below:

WrestleMania 36 will be a week-long celebration in Tampa. Other activities planned include, WrestleMania Axxess, WWE’s interactive fan festival, as well as four nights of events; SmackDown® Live; 2020 WWE Hall of Fame Induction Ceremony; NXT® TakeOver™ and Monday Night Raw®. WWE will also host more than a dozen community outreach events, including hospital visits and Be a STAR® bullying prevention rallies, designed to give back to the local region, according to a press release.

“Tampa Bay is proud to host WrestleMania,” said Tampa Mayor Bob Buckhorn. "Our region enjoys a special place in sports entertainment history and has produced many of its iconic figures. We look forward to WWE fans from around the world converging on our city in 2020 to enjoy all that we have to offer.”

“On behalf of everyone at WWE, we thank Mayor Buckhorn and Commissioner Hagan for bringing WrestleMania to Tampa Bay for the first time,” said Vince McMahon, WWE Chairman & CEO. “I am confident that Tampa Bay will be an outstanding host for our fans around the world.”

“We are honored to bring WrestleMania back to Florida,” said Hillsborough County Commissioner Ken Hagan. “The week of WWE events will not only bring excitement to fans, but also generate a significant economic boom for Tampa Bay’s economy.”

Raymond James Stadium is also scheduled to host the Super Bowl in 2021.