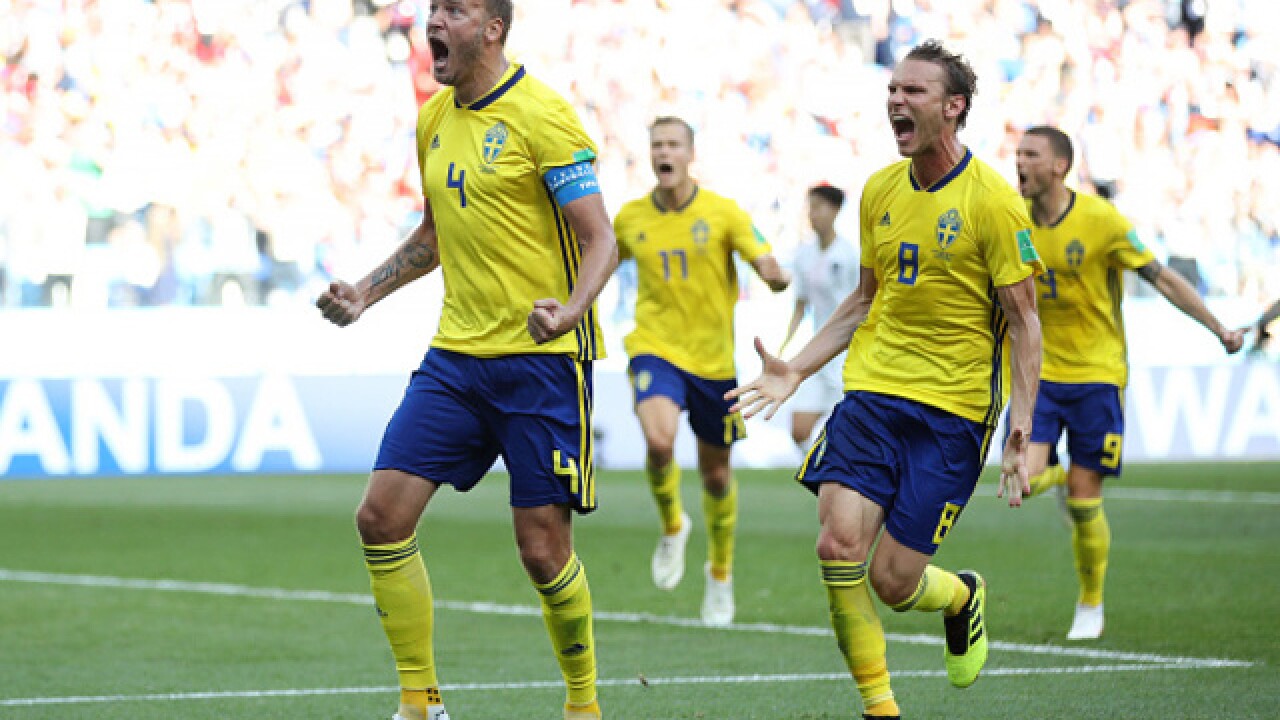 Sweden captain Andreas Granqvist converted from the spot, sliding his shot into the bottom right corner in the 65th minute.

Referee Joel Aguilar used the replay technology to decide whether South Korea substitute Kim Min-woo had fouled Viktor Claesson in the area after initially waving play on. Kim had tripped Claesson, though, and the converted penalty was enough to give Sweden its first World Cup victory since 2006.

Before the penalty, Sweden controlled the game and showed most of the attacking intent.

South Korea had a chance to level in injury time but Hwang Hee-chan put a header wide from in front of goal.

Sweden will next play Germany, which lost to Mexico 1-0 in the other Group F match, on Saturday. The South Koreans face Mexico that same day.