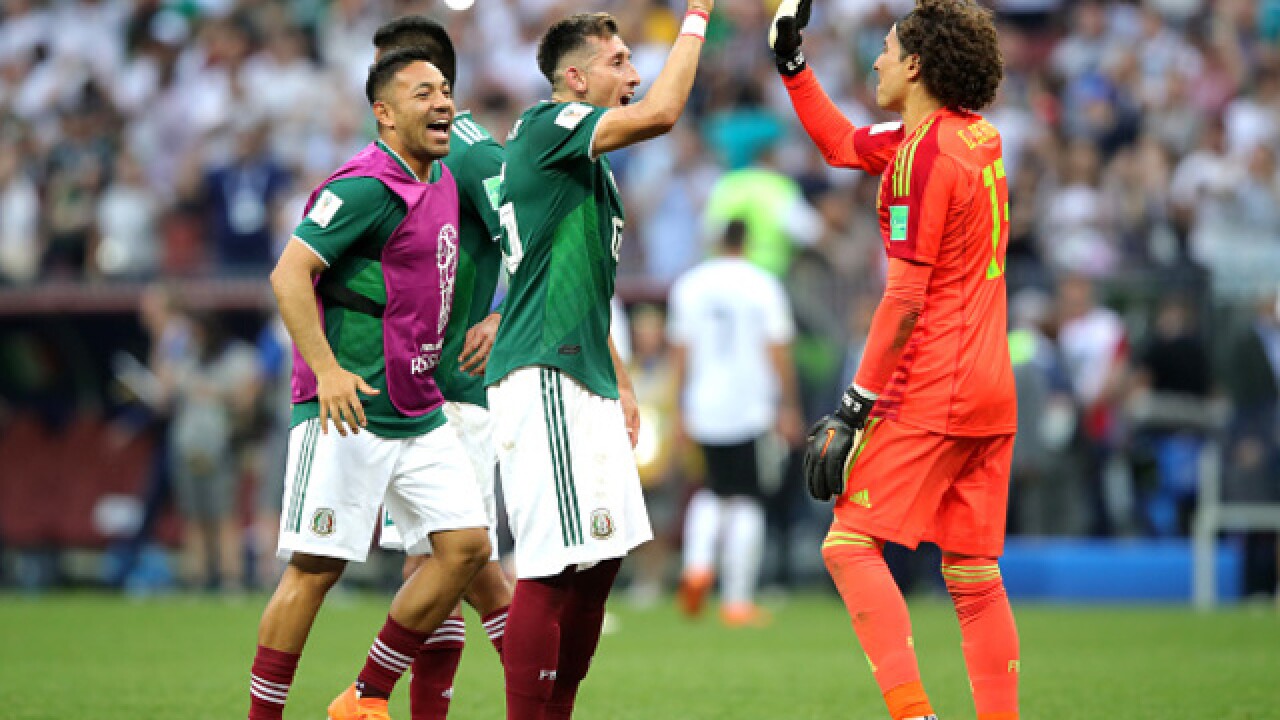 MOSCOW (AP) - Germany became the third defending champion in the last 16 years to lose its opening match at the World Cup, falling to Mexico 1-0 Sunday.

Hirving Lozano scored the lone goal in the 35th minute, picking up Javier Hernandez's pass inside the penalty area and beating Mesut Ozil before shooting past Manuel Neuer from 10 yards.

France in 2002 and Spain in 2014 were the other defending champions to lose their opening matches.

After Lozano's goal, Mexico goalkeeper Guillermo Ochoa pulled off a spectacular save to keep the score even, palming Toni Kroos' shot onto the crossbar.

Mexico pulled back into a more defensive formation midway through the second half as players tired and Germany attacked.

The Germans are bidding to become the first team to retain the World Cup title since Brazil in 1962.