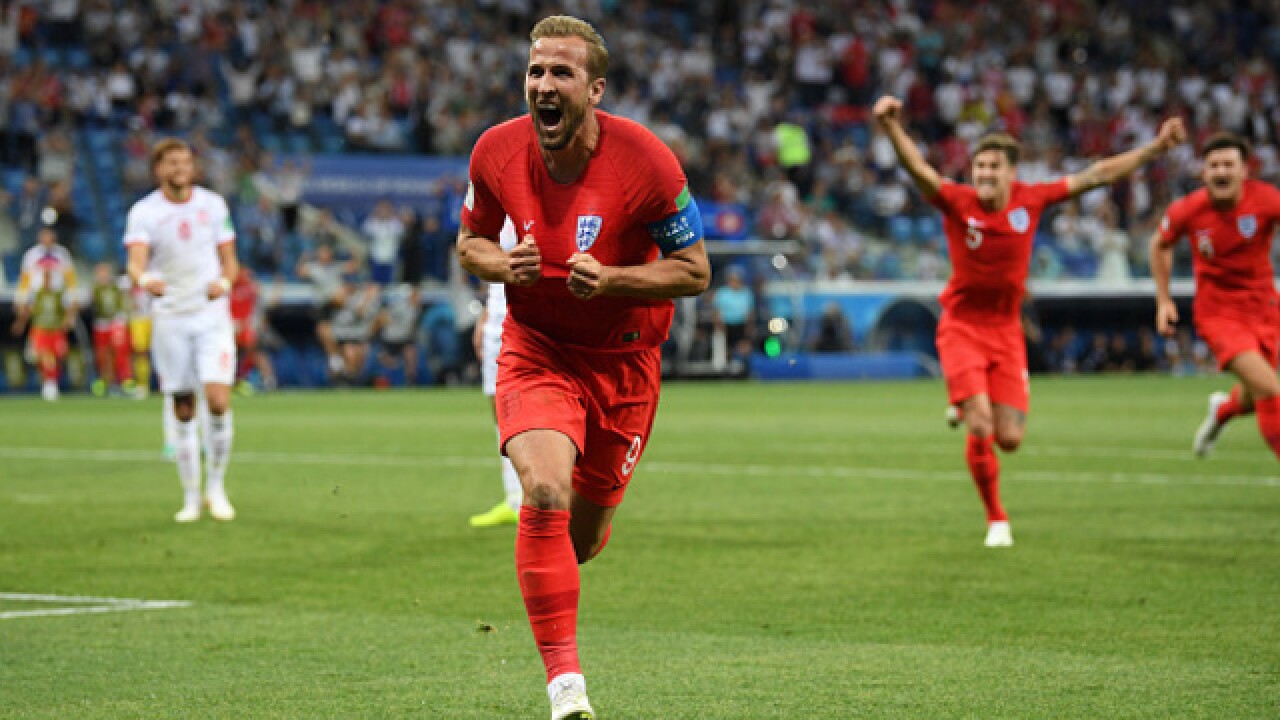 VOLGOGRAD, Russia (AP) - Harry Kane scored two goals, including an injury-time header, to give England a 2-1 victory over Tunisia on Monday at the World Cup.

Standing alone at the far post, Kane guided a headed pass from Harry Maguire into the net.

The winning goal came at the end of a drab second half in which Tunisia defended deep and nullified England's attack.

Kane had put England ahead in the 11th minute with a strike from close range after Tunisia goalkeeper Moez Hassen had acrobatically saved a powerful header from John Stones.

Tunisia equalized in the 35th when Ferjani Sassi converted a penalty, shooting beyond the diving Jordan Pickford. The penalty was awarded after Kyle Walker caught Fakhreddine Ben Youssef with his arm.