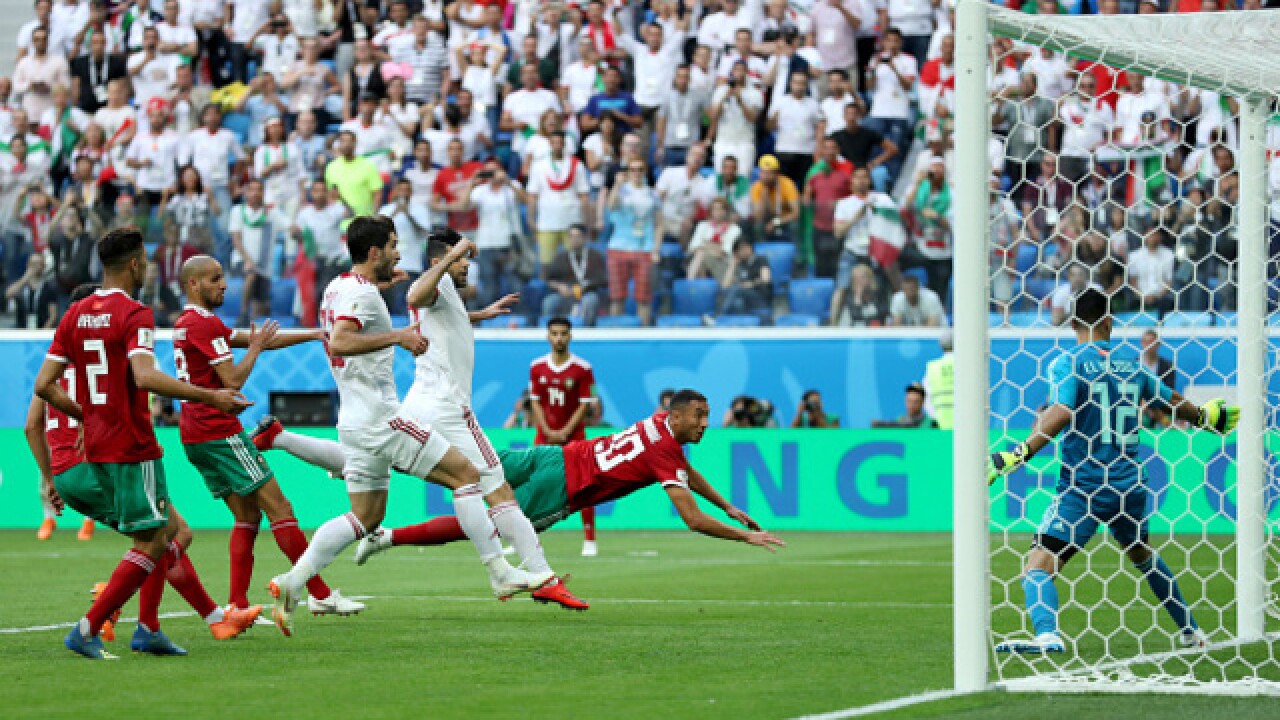 Copyright 2018 Scripps Media, Inc. All rights reserved. This material may not be published, broadcast, rewritten, or redistributed.
Richard Heathcote
SAINT PETERSBURG, RUSSIA - JUNE 15: Aziz Bouhaddouz of Morocco scores an own goal to put Iran ahead 1-0 during the 2018 FIFA World Cup Russia group B match between Morocco and Iran at Saint Petersburg Stadium on June 15, 2018 in Saint Petersburg, Russia. (Photo by Richard Heathcote/Getty Images)

MOSCOW (AP) - Aziz Bouhaddouz headed a free kick into his own net in the fifth minute of injury time to gift Iran a 1-0 win over Morocco at the World Cup on Friday.

Only on the field as a 77th-minute substitute, the Morocco striker dived to reach a curling cross from the left but wound up glancing a header past goalkeeper Monir El Kajoui.

There was an explosion of joy among the Iranian squad, with coaching staff and substitutes sprinting onto the field and jumping.

It was only Iran's second win in 13 matches at the World Cup and the first win for an Asian team in the tournament since 2010.

With Spain and Portugal the other teams in Group B, this was regarded as a must-win game in St. Petersburg for two of the tournament outsiders.