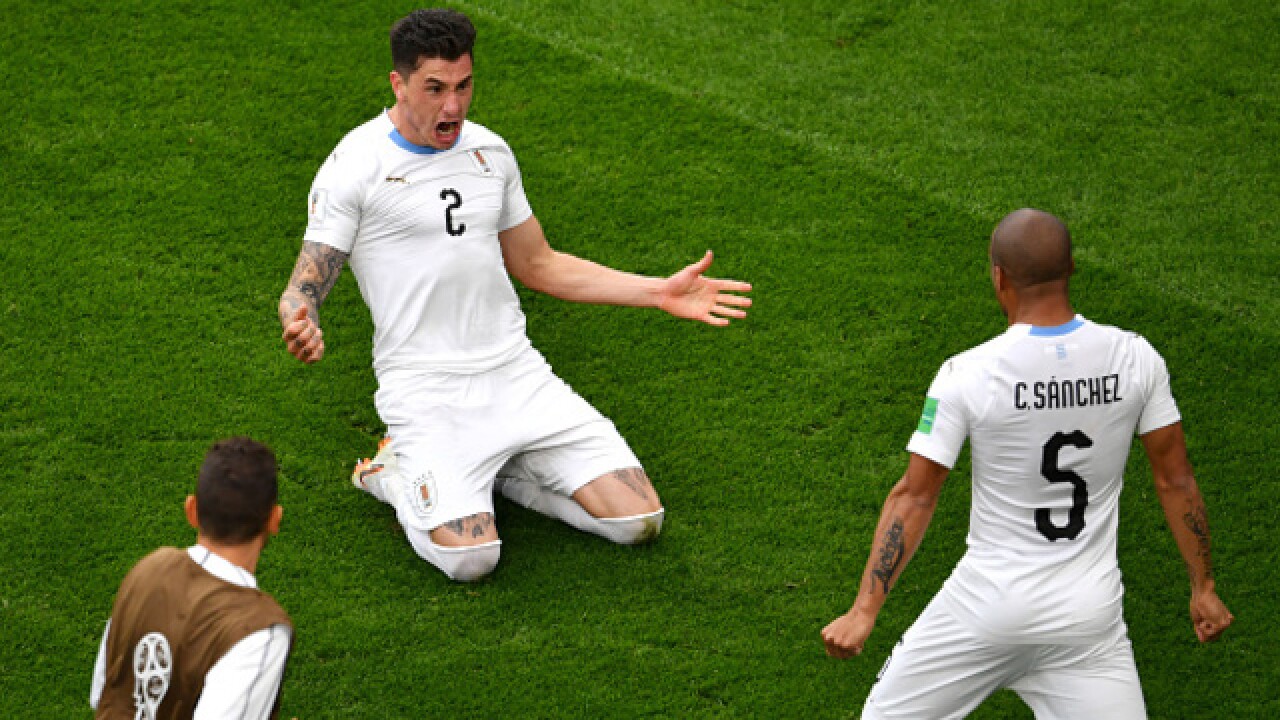 Copyright 2018 Scripps Media, Inc. All rights reserved. This material may not be published, broadcast, rewritten, or redistributed.
Dan Mullan
YEKATERINBURG, RUSSIA - JUNE 15: Jose Gimenez of Uruguay celebrates after scoring his team's first goal during the 2018 FIFA World Cup Russia group A match between Egypt and Uruguay at Ekaterinburg Arena on June 15, 2018 in Yekaterinburg, Russia. (Photo by Dan Mullan/Getty Images)

YEKATERINBURG, Russia (AP) - Jose Gimenez came to Uruguay's rescue by scoring the lone goal in a 1-0 victory over Egypt on Friday in Group A of the World Cup.

The Uruguay defender jumped in the area and headed home a free kick late in the 89th minute.

Russia leads Group A on goal difference after beating Saudi Arabia 5-0 on Thursday in the tournament's opening match. Uruguay is now second, also with three points.

Egypt forward Mohamed Salah was on the bench for his country's first World Cup match since 1990 after injuring a shoulder while playing for Liverpool in last month's Champions League final. Salah was the Premier League's player of the season after scoring a league-leading 32 goals, with 44 in all competitions.

At the other end, Uruguay strikers Luis Suarez and Edinson Cavani missed their chances. Suarez failed to beat Egypt goalkeeper Mohamed El Shennawy in two one-on-one situations and Cavani hit the post from a free kick two minutes from the end.

Egypt has yet to win a World Cup game while Uruguay won its opening match at the tournament for the first time since 1970.