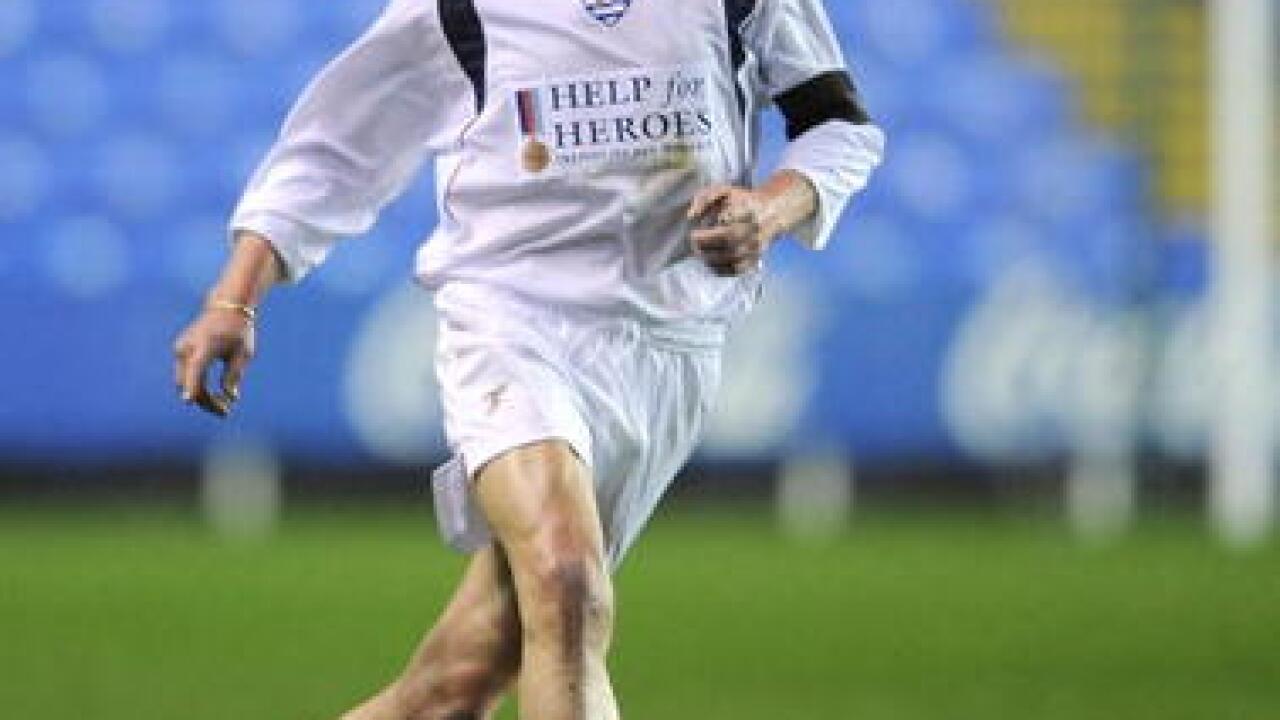 Copyright 2018 Scripps Media, Inc. All rights reserved. This material may not be published, broadcast, rewritten, or redistributed.
Christopher Lee
<p>READING, ENGLAND - NOVEMBER 12: Paul Gascoigne of England in action during the Help for Heroes Cup match between England and Rest of the World at Madejski Stadium on November 12, 2009 in Reading, England. (Photo by Christopher Lee/Getty Images)</p>

Barring its sole triumph at home in 1966, England hadn't done much at the World Cup. And by 1990, the national game was in deep trouble.

Arguably, it was the team's performance at the World Cup in Italy - and the tears of a 23-year-old midfielder from Newcastle in particular - that reignited the country's love affair with the game.

Paul Gascoigne, widely known as Gazza, had made a late run into England's starting line-up for the World Cup but he ended up playing a central role in the team's advancement to the semifinals. Following lackluster performances in the group stage, England beat Belgium in the round of 16 and then saw off the thrilling challenge of Cameroon in the quarterfinals to set up an encounter against long-time rival West Germany.

It's an epochal match in English soccer history that confirmed that the game's popularity did not just reside among the ranks of the working class. It even spawned a popular stage play called "An Evening with Gary Lineker."

England outplayed the West Germans for large stretches of the match, but unluckily fell behind when Andreas Brehme's free kick deflected off defender Paul Parker and looped over goalkeeper Peter Shilton. England eventually equalized with 10 minutes to go when Lineker took advantage of some lax German defending.

It was during extra time that Gascoigne was reduced to tears after receiving his second yellow card of the tournament for a reckless tackle on Thomas Berthold. That caution would mean that he would miss the World Cup final if England was to go through. Realizing the consequences, Gascoigne's lip wobbled and the tears started to flow.

Though England lost the ensuing penalty shootout, the watching public back home felt for Gascoigne.

Those with a more commercial bent took note at the scale of interest in that match. Soon English soccer would be awash with cash, money that was spent on modernizing the stadiums and buying some of the best players from around the world.