Egypt to complain about match officials in World Cup loss 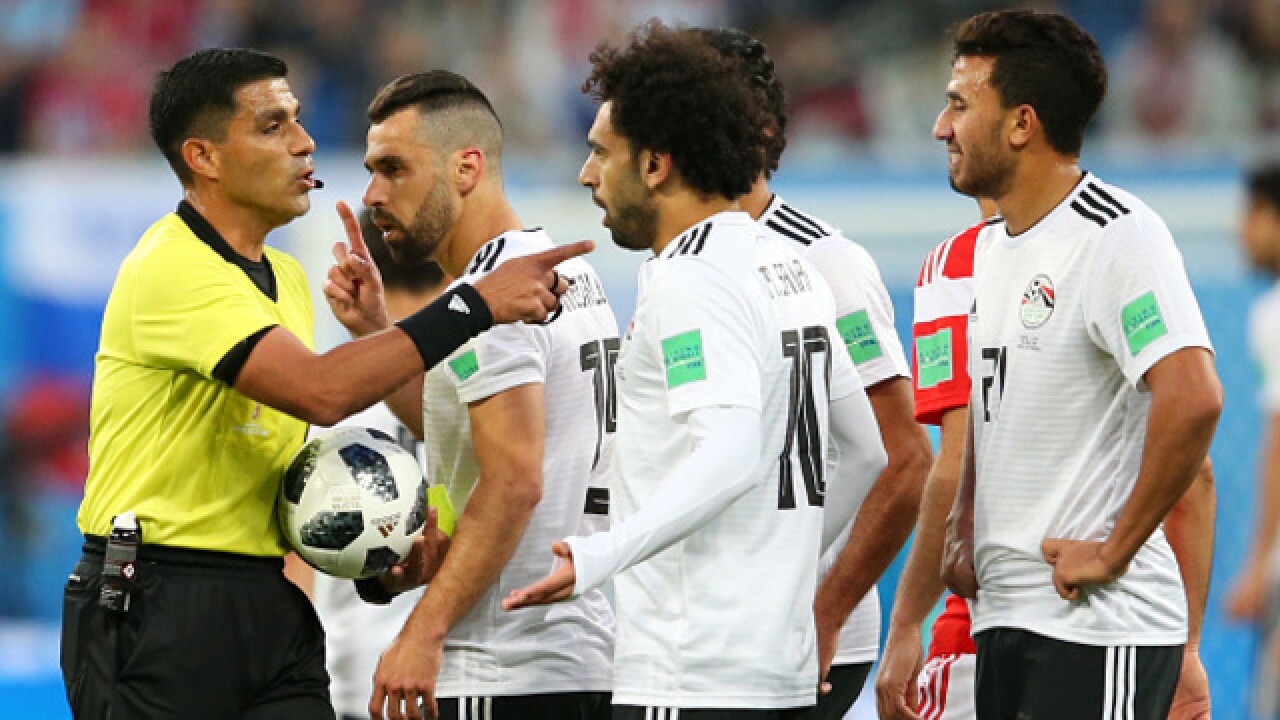 VOLGOGRAD, Russia (AP) - Egypt is set to lodge a complaint to FIFA about what its federation chairman describes as the "injustice" of the match officials during the team's World Cup loss to Russia.

Egypt's 3-1 loss to Russia, combined with Saudi Arabia's loss to Uruguay, ended its changes of progressing beyond the group stage at its first World Cup in 28 years. Egypt and Saudi Arabia meet Monday in Volgograd in their last Group A match.

Abo Rida, speaking from the Egyptian squad's World Cup base in Grozny, Chechnya, did not specify which incident would form the basis of the complaint.

The Egyptians contend that defender Ahmed Fathi was pushed before the ball deflected off him for an own goal that gave the Russians a 1-0 lead. The players also thought forward Mohsen Marwan should have been awarded a penalty when he was brought down inside the box. Both incidents took place in the second half.