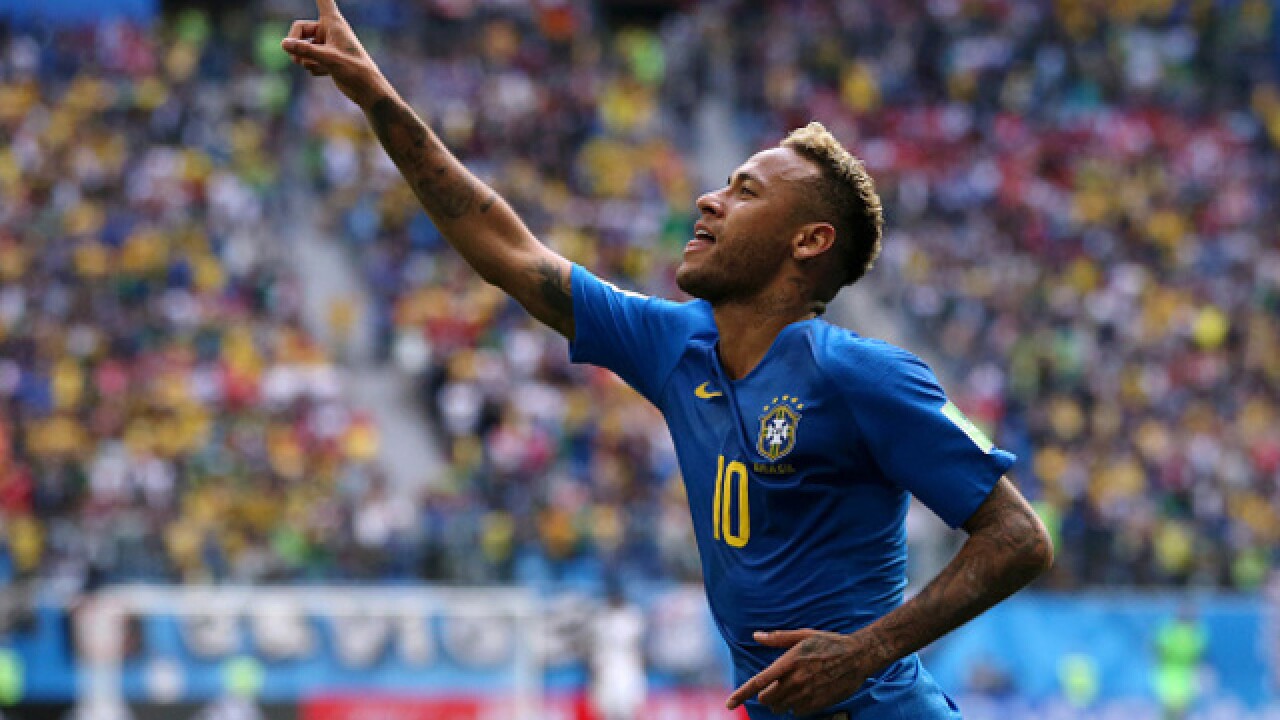 Coutinho poked the ball past goalkeeper Keylor Navas in the first minute of injury time, and Neymar volleyed in another with virtually the last kick of the game six minutes later.

Neymar then broke down in tears and sobbed for several moments. His teammates helped him off the ground to celebrate.

It had looked like Brazil, after drawing its opening game 1-1 with Switzerland, was heading for another stalemate.

Brazil attacked relentlessly in the second half and was awarded a penalty in the 78th when Neymar was impeded as he cut inside defender Giancarlo Gonzalez. But referee Bjorn Kuipers went over to look at the sideline monitor and reversed the decision.

Brazil has four points heading into its final group game against Serbia on Wednesday.