Brazil tests Willian up front with Neymar and Jesus 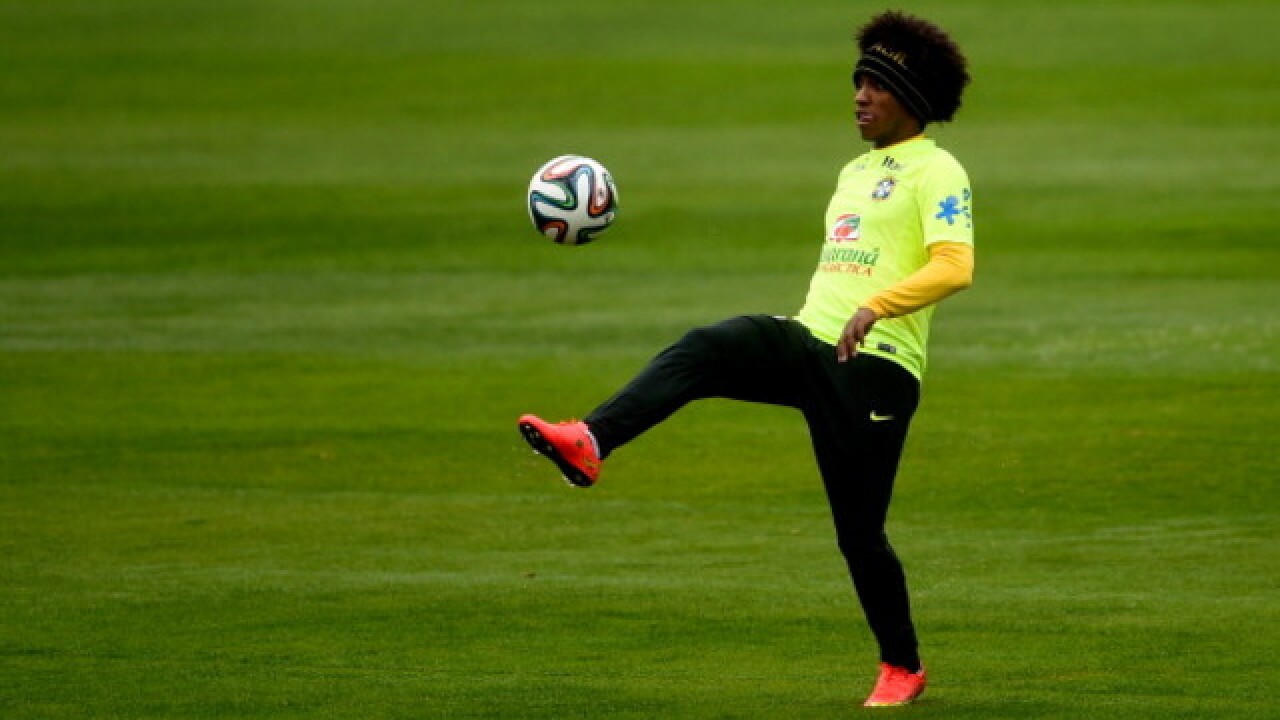 Willian played with the two star strikers for about one hour on Thursday.

If the Chelsea player is brought on to the team, Brazil coach Tite could remove midfielder Renato Augusto from the starting lineup, put Philippe Coutinho in his place, and open a gap for Willian.

Beijing Guoan's Augusto is under pressure after unconvincing performances in Brazil's midfield.

Tite is counting on only 18 of the 23 players in his squad at training for now in Teresopolis, outside Rio de Janeiro.

Winger Douglas Costa and Fagner are still recovering from injury.

Liverpool's Roberto Firmino and Real Madrid's Casemiro and Marcelo will only join on Monday after the Champions League final.