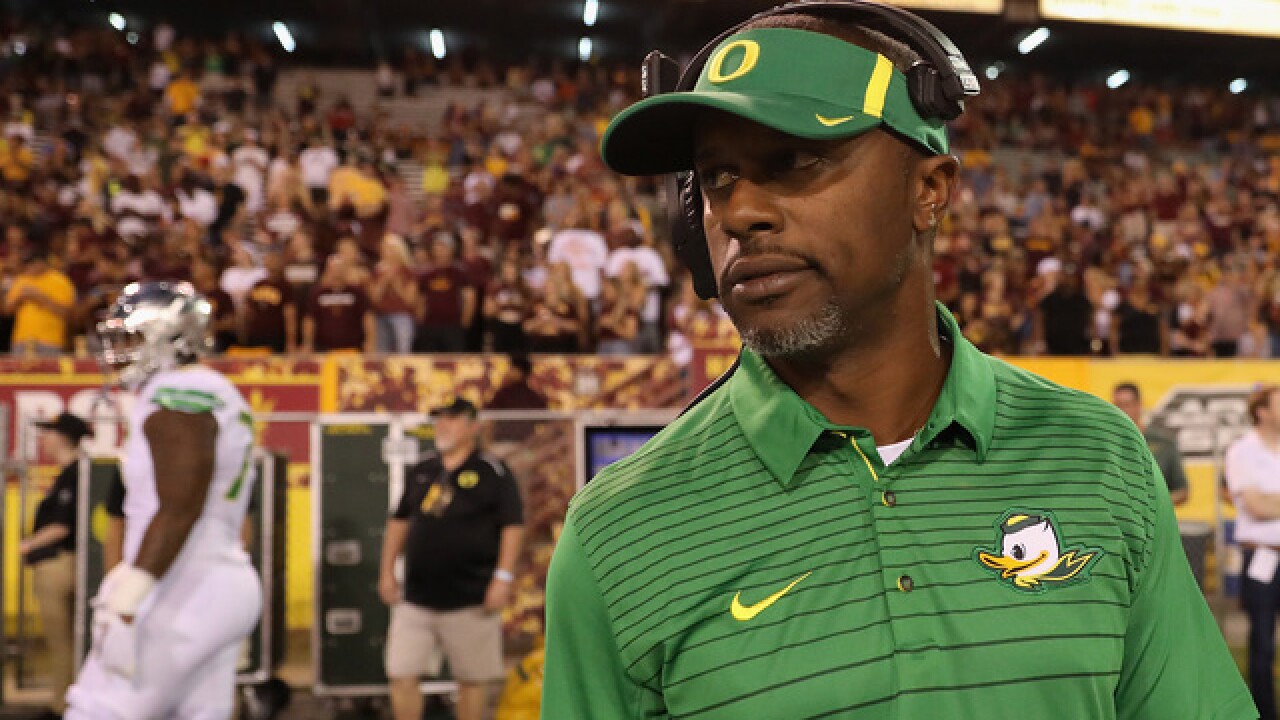 Copyright 2017 Scripps Media, Inc. All rights reserved. This material may not be published, broadcast, rewritten, or redistributed.
Christian Petersen

Just days after coach Jimbo Fisher resigned as coach at Florida State University, the team is expected to reach an agreement with Oregon head coach Willie Taggart for the position, according to multiple reports.

Taggart spent just one season at Oregon following his tenure locally at the University of South Florida.

Taggart is a Florida native born in Bradenton, and will return to his home state after a year on the west coast. He led USF to a win against South Carolina in the Birmingham Bowl last season before heading to Oregon.

What did I tell you guys last night!? On average, Willie Taggart's leaves for a NEW school 2.5 days after tweeting about his team's bowl games:

Florida State finished this season 6-6 and will play Southern Miss in the Independence Bowl.

Oregon had reportedly offered Taggart a little more than $20 million over five years to stay.