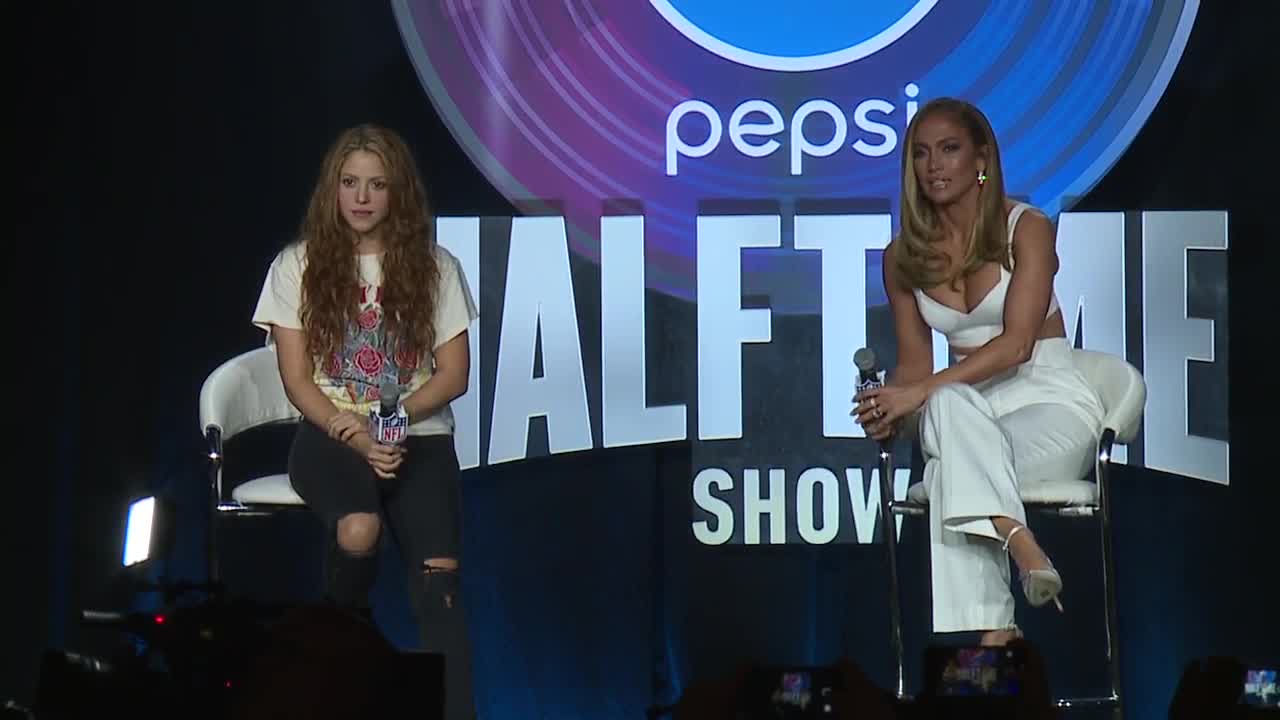 Jennifer Lopez and Shakira held a news conference in downtown Miami to give us a preview of what we can expect on Sunday night.

Two of most electrifying and explosive names in entertainment got fans fired up on Thursday for the Pepsi Super Bowl LIV Halftime Show!

Jennifer Lopez and Shakira held a news conference in downtown Miami to give us a preview of what we can expect on Sunday night.

"It's a lot of energy, it's very entertaining, there's heartfelt moments," said J.Lo, who didn't want to spoil any specific details. "It's packed with a lot of awesome moments."

"We've been working so hard the past weeks to make sure everything is as good as we can feel it," said Shakira, who added she and J.Lo complement each other very well on stage.

The Latina superstars will headline what's expected to be a historic, dynamic, and scintillating halftime performance.

"To see two Latinas doing this, at this time, in this country at this time, it's very empowering for us. And for me, I'm very proud to be able to help and put forth that message," said J.Lo.

"This is a palpable example of how anything is possible, really. And the only thing that matters is the size of your dreams," said Shakira.

Outside of the halftime show, Miami rapper Pitbull, country duo Dan + Shay, and DJ Khaled are among the stars that will perform at the Super Bowl Pregame Show, which is scheduled to start at 2 p.m. on Sunday.

Keep a close eye out for a special commercial starring J.Lo< /span> that's set to air right before the halftime show begins.

"The Hype," an advertisement for the newly expanded Seminole Hard Rock Hotel & Casino in Hollywood, Florida, is directed by filmmaker Michael Bay.

The ad, which plays out like a Hollywood blockbuster, follows J.Lo on a thrilling pursuit across the lavish hotel property.

On Wednesday, Hard Rock International released a 15-second teaser trailer for the commercial.