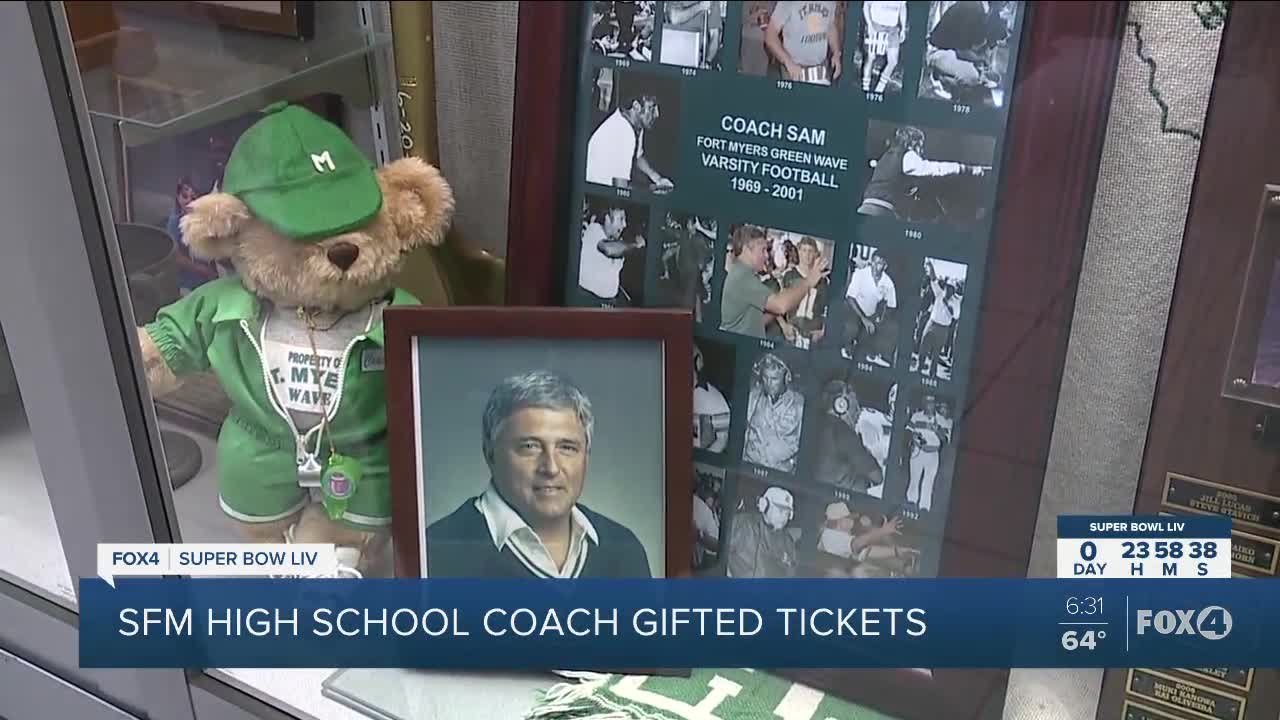 FORT MYERS, Fla. — Long time coach Sam Sirianni will make his way to the Super Bowl after he said he was surprised with tickets at one of the Friday night games.

This will be Sirianni's third game to the Super Bowl.

He has been the long time coach at Fort Myers High School after his his late father who was also a football coach there.

Sirianni says the NFL took notice of the 51 years of coaching between him and his father.

Although a Steelers fan Coach Sirianni says he is looking forward to seeing Sammy Watkins and rooting for the Cheif's.