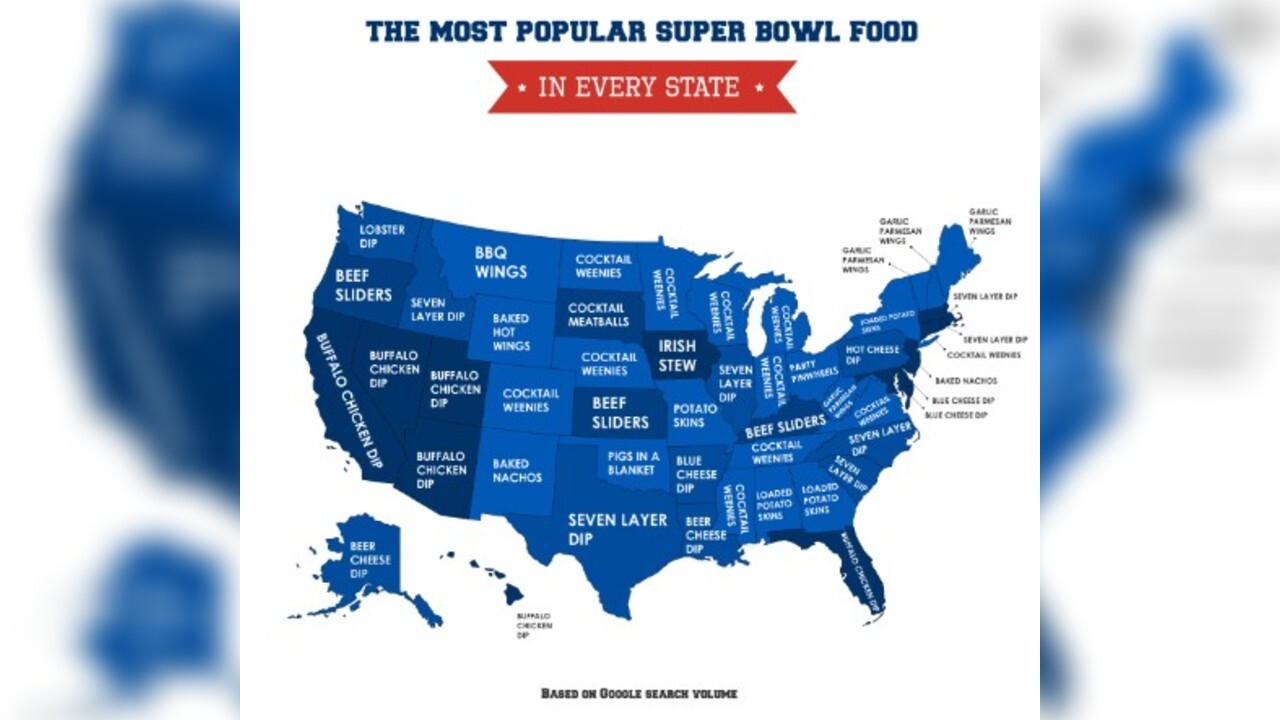 To the surprise of many, a new study found that chicken wings have been dethroned as the most popular Super Bowl food.

A study conducted by online marketplace Bid-on-Equipment found that cocktail wieners were the most popular game day food in the most amount of states, beating out wings, which Americans are projected to eat 1.4 billion of this Sunday

Overall though, the biggest star of the study was dips. Twenty different states chose some variety of dip as their most popular food, but one reigned supreme – the seven-layer dip.

When it came to cities, dips took first place with the most appearances.

As for price, the study found Americans spend an average of $69 on food drinks, decorations or team merchandise for the big game. But when it comes to hosting a Super Bowl party, the average price jumped to $174.

The study also looked at where people plan on watching the game and found that 43 percent of respondents plan to watch at home, 36 percent plan to go to a party, 15 percent plan to host a part at their home, and 7 percent will watch at a bar or restaurant.

Lastly, the study found 43 percent of respondents are in favor of changing the Super Bowl from Sunday to Saturday. One teen in western New York thinks that's a great idea, so much so that he started a petition for it, which had gained nearly 70,000 signatures as of Wednesday.