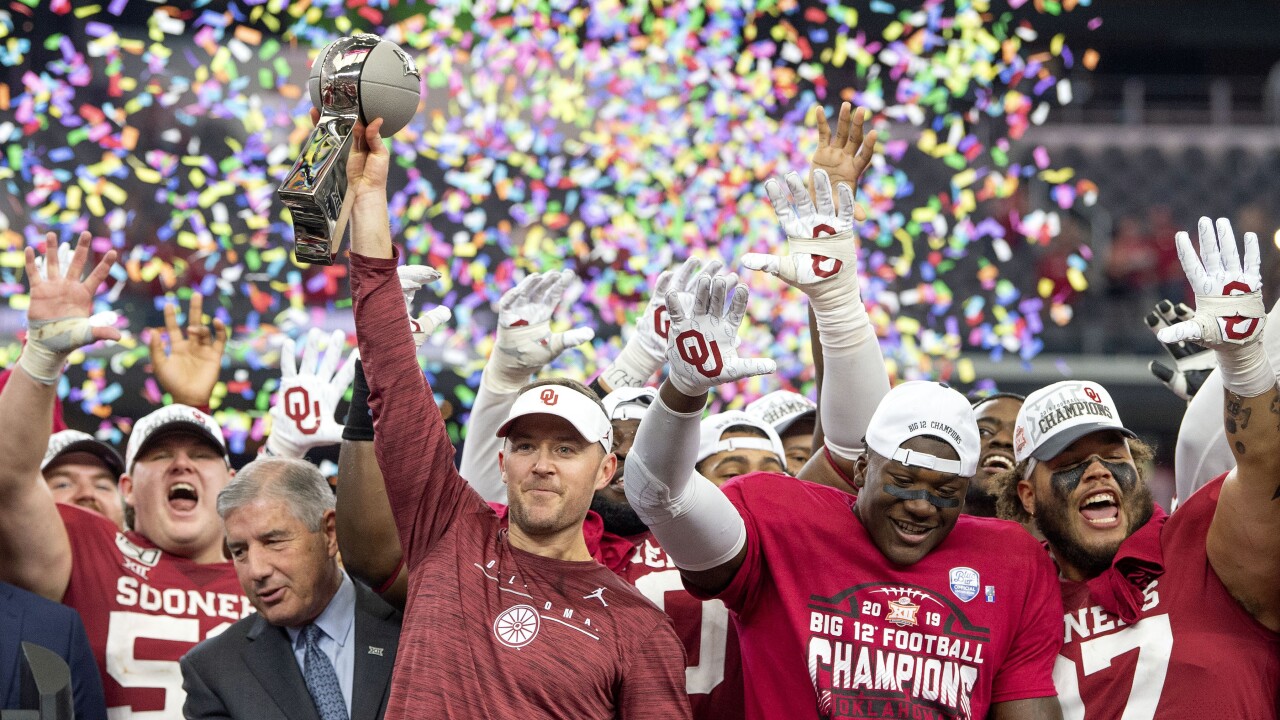 Copyright 2018 The Associated Press. All rights reserved
Jeffrey McWhorter/AP
FILE - In this Dec. 7, 2019, file photo, Oklahoma head coach Lincoln Riley hosts the Big 12 Conference championship trophy after defeating Baylor 30-23 in overtime in an NCAA college football game in Arlington, Texas. Riley will earn an average of more than $7.5 million a year under a contract extension through the 2025 season. The university's board of regents approved the two-year extension Tuesday, July 28, 2020. (AP Photo/Jeffrey McWhorter, File)

And then there were three. The Atlantic Coast Conference, Big 12 and Southeastern Conference were still moving forward with plans for a fall college football season. Two other Power Five leagues, the Big Ten and the Pac-12, have called things off.

SEC Commissioner Greg Sankey says he is comfortable with the 14-member conference’s approach. The ACC says it will continue to follow advice of medical advisers and health officials.

The Big 12 Board of Directors met late Tuesday. According to ESPN sources, the league's administrators are still committed to having a fall season. The league previously announced it would move forward with nine conference games and one nonconference contest for each of its teams.

In addition to the Pac-12 and Big Ten, the Mid-American and Mountain West Conferences previously announced they were postponing the start of the 2020 football season. The MAC and MWC are two of five leagues that comprise the "Group of Five," which are the lower tier conferences that are part of the Football Bowl Subdivision.