Report: NFL fires ref who blew call that resulted in TD for Chargers vs. Browns 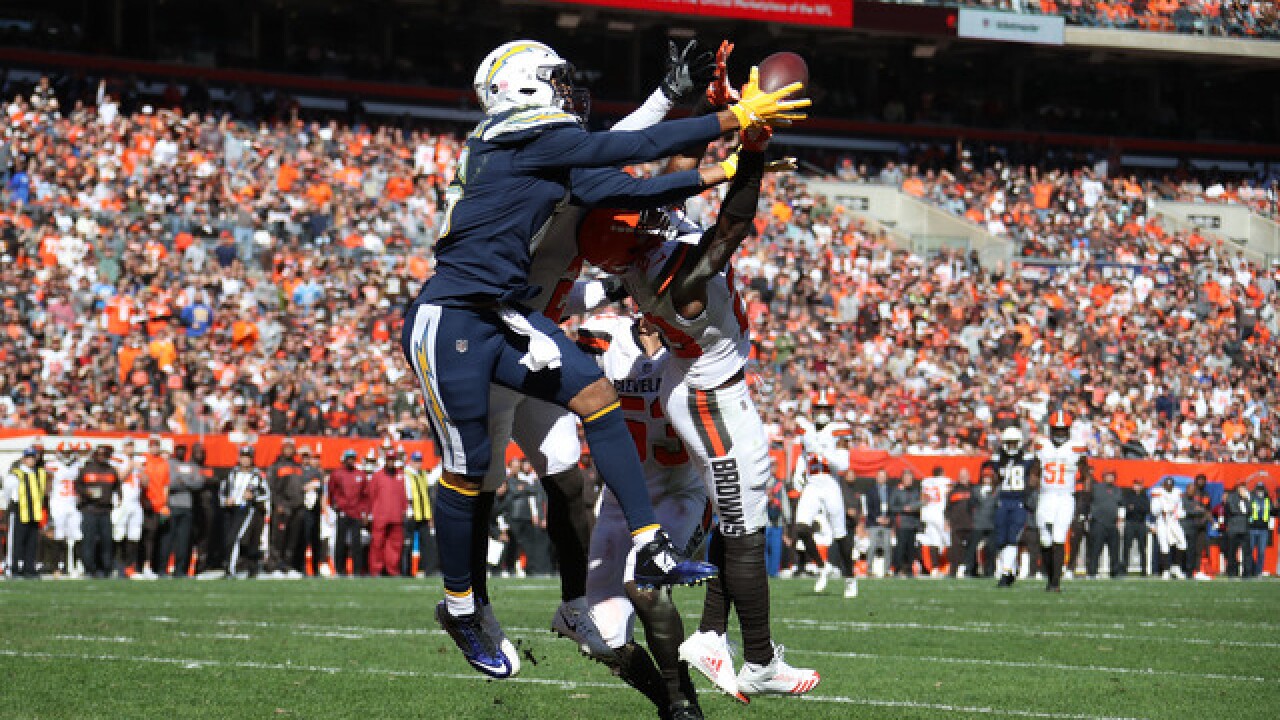 Copyright 2018 Scripps Media, Inc. All rights reserved. This material may not be published, broadcast, rewritten, or redistributed.
Gregory Shamus
<p>CLEVELAND, OH - OCTOBER 14: Tyrell Williams #16 of the Los Angeles Chargers makes a touch down catch in the second quarter against the Cleveland Browns at FirstEnergy Stadium on October 14, 2018 in Cleveland, Ohio. (Photo by Gregory Shamus/Getty Images)</p>

A referee who missed a false start on a play that ended with the Chargers scoring a touchdown against the Browns on Oct. 14 has reportedly been fired by the NFL.

FootballZebras.com is reporting that the NFL has taken the unprecedented step of firing down judge Hugo Cruz in the middle of the season.

ChargersWire writer Kyle Posey took issue with the NFL’s decision, stating: “He missed a call. It was an obvious penalty. There are several officials that miss game-changing calls every game. Sometimes multiple times during the game. It’s unfortunate that he lost his job. We will see if the NFL continues to make these reactionary moves and if this becomes a trend.”

Jeff Ridson with BrownsWire had a different take: “There is finally some recourse for the terrible officiating gaffes which have plagued the NFL this season in games involving the Cleveland Browns.”

Both agree a firing is unprecedented.

No official has ever been fired during the season for performance in the modern era of American football.