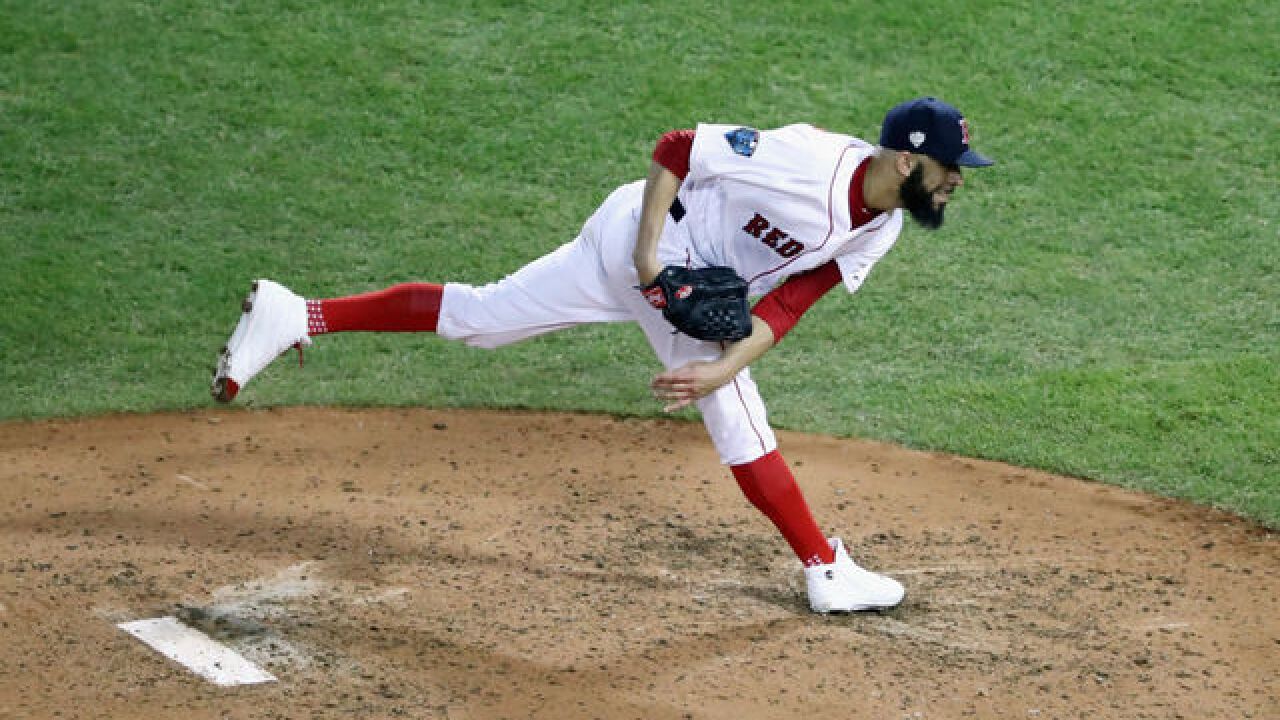 Copyright 2018 Scripps Media, Inc. All rights reserved. This material may not be published, broadcast, rewritten, or redistributed.
Al Bello
BOSTON, MA - OCTOBER 24: David Price #24 of the Boston Red Sox delivers the pitch during the fifth inning against the Los Angeles Dodgers in Game Two of the 2018 World Series at Fenway Park on October 24, 2018 in Boston, Massachusetts. (Photo by Al Bello/Getty Images)

BOSTON (AP) - David Price pitched six innings of three-hit ball, and major league RBI leader J.D. Martinez broke a fifth-inning tie during another two-out rally Wednesday night that led the Boston Red Sox to a 4-2 victory over the Los Angeles Dodgers for a 2-0 lead in the World Series.

Craig Kimbrel closed out the win at noisy Fenway Park, putting the Red Sox halfway to their fourth championship in 15 seasons.

Game 3 is Friday in Los Angeles. The Dodgers would need a win to avoid an 0-3 deficit that no World Series team has ever recovered from.

The Red Sox have won 14 of their last 16 World Series games, dating to a four-game sweep of the St. Louis Cardinals in 2004.