Nationals get series-opening win over Astros 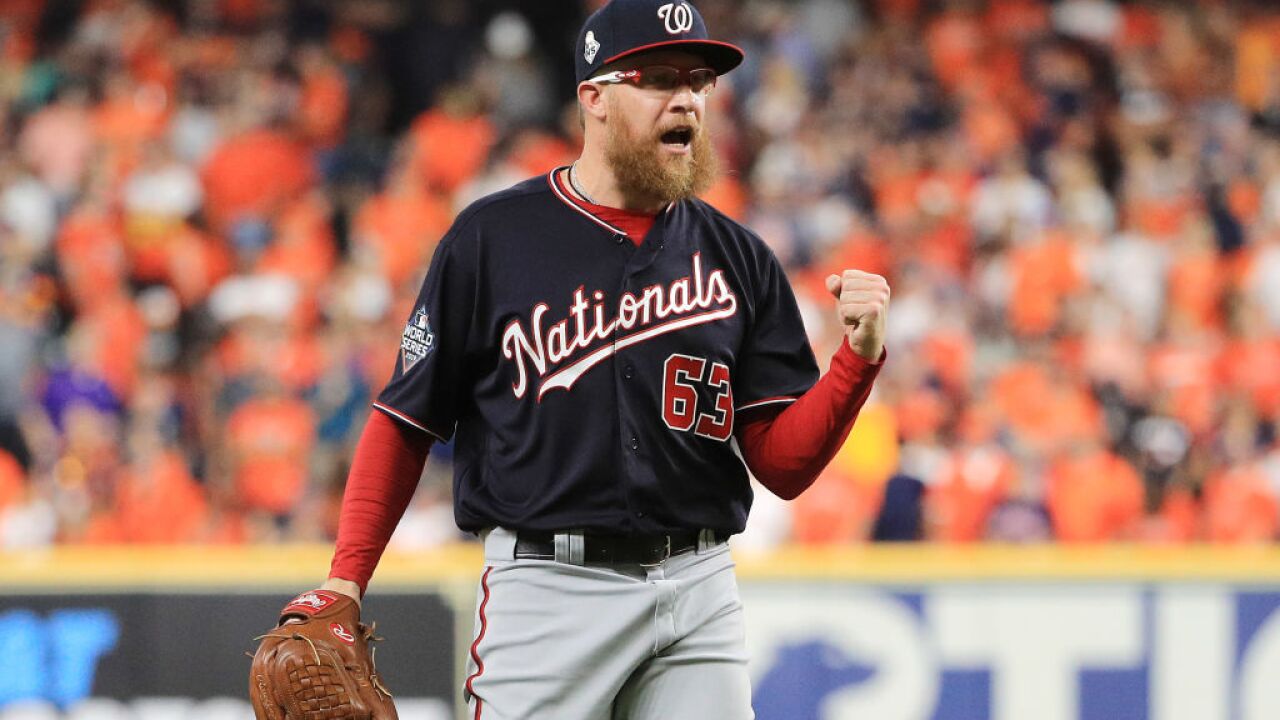 HOUSTON -- Things are looking good so far for the Washington Nationals in their first World Series appearance.

They snagged a victory in Game One on the road in Houston against the heavily-favored Astros. And it was thanks to 20-year-old leftfielder Juan Soto, who went 3-4 and drove in three runs.

Max Scherzer came away with the win, despite being chased after five innings.

Scherzer quickly fell behind when Yuli Gurriel lined a two-run double with two out in the bottom of the first. The three-time Cy Young Award winner needed 112 pitches to get through five innings, striking out seven and allowing five hits and three walks.

Ryan Zimmerman sparked Washington’s comeback with a second-inning homer. Adam Eaton put the Nationals ahead to stay with a run-scoring single in the fifth, two batters before Soto widened their lead.

George Springer made it a one-run game with a seventh-inning homer and an RBI double in the eighth. Sean Doolittle protected the lead by getting the final out in the eighth, stranding Spring at second before picking up the save.