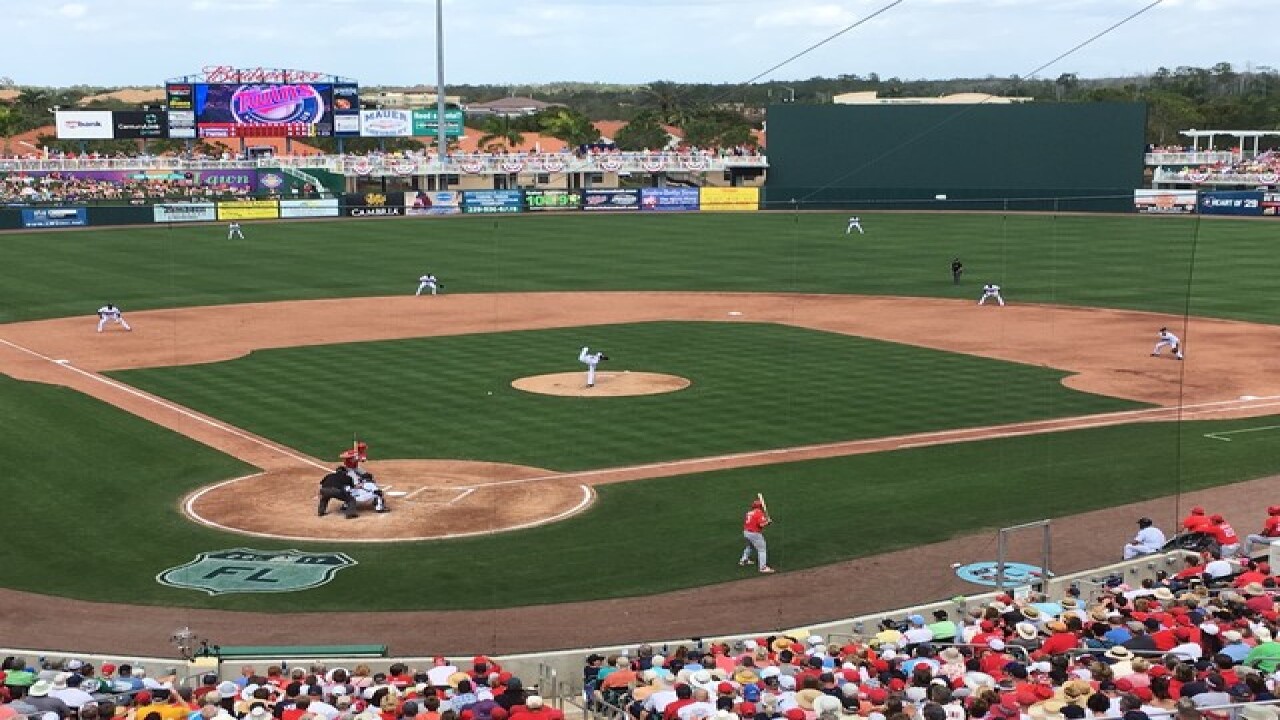 FORT MYERS, Fla — The Minnesota Twins has announced its home schedule for its 2021 Spring Training.

The 2021 Spring Training campaign is the club's 31st at the CenturyLink Sports Complex in Lee County, FL.

According to a press release sent out on Tuesday, the Twins 2021 Grapefruit League schedule will feature 33 total games.

Sixteen of those games will be home, and seventeen will be on the road.

The press release also said the Hammond Stadium opener is set for Sunday, February 28, vs. the Baltimore Orioles.

The team's spring training will end after they host the Pittsburgh Pirates on Tuesday, March 30.

The 2021 regular season will begin at American Family Field with an Opening Day border battle against the Milwaukee Brewers on Thursday, April.

Ticket information will be announced at a later date.