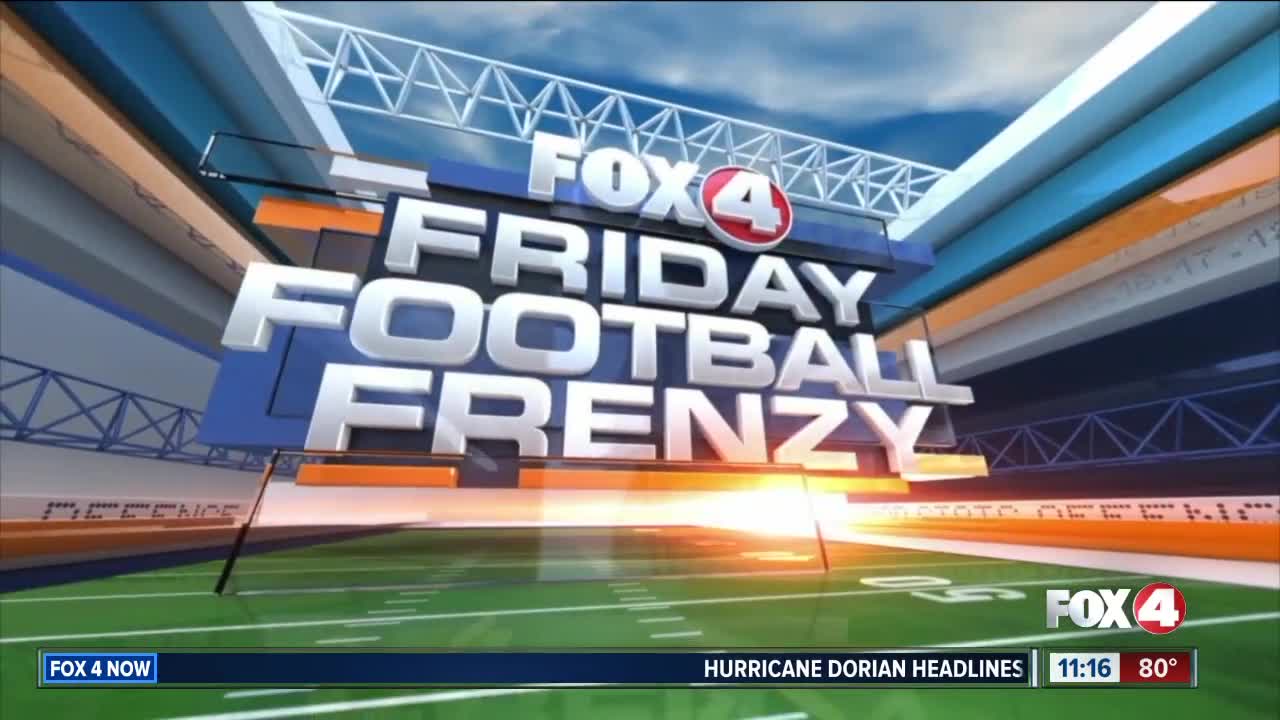 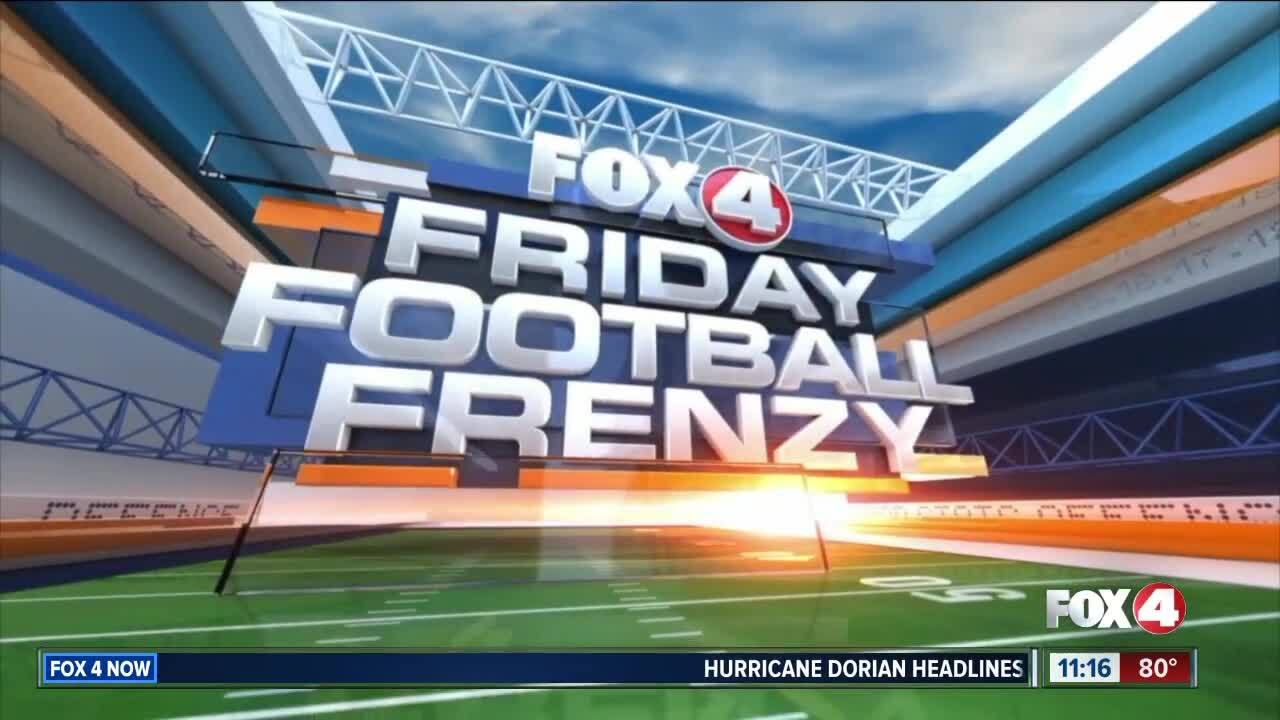 FORT MYERS, Fla. — Welcome to week two of Friday Football Frenzy. Last week, we brought you a centennial celebration as Fort Myers kicked off their 100th season of football.
Now, its Lee County's newest school's turn for their first season of varsity football.
Bonita Springs High has been enrolling students for three years, but wanted students to age-in to varsity sports and tonight was their first-ever home game!
That age-in means the team has no seniors and none of that veteran leadership to lean on.
We spoke with Bull Sharks' Coach Rich Dombroski as he prepared for the season.
He says the lack of seniors isn't a problem."It doesn't matter that we don't have a senior class. We put our pants on like everybody else. We're gonna get on that field and we're gonna compete, we're gonna lay it on the line for 48 minutes on Friday nights and like I said if the ball bounces our way, it'll be great," said Coach Dombroski.
That is the bull sharks' goal be competitive and overall grow as a team.
Their opponent, the Ida Baker Bull Dogs are looking for success.
They haven't had a winning record since 2013 and went 1 and 9 last year.
They've already matched that win total, thanks in part to new Coach Chuck Faucette.
He's got NFL playing experience and has coached at all levels of the sport.
He's even won state championships in Illinois and Texas.
Now, Coach Faucette says these kids have the chance to be that good.
"When I first came here, someone brought up the team at Bishop Lynch. I walked into that room and said, "we're gonna win the state championship, and they thought I was out of my mind. By the end of the year, they were holding that trophy, and I told them those kids are no different than the kids that are in this room.
I wanna win every game and I'm not ashamed to say it. I don't mean to act like we're bold, but if you can't believe it, you're not gonna be able to do it," said Coach Faucette of Ida Baker High School.

Lets stay in Charlotte County, where Port Charlotte hosted the Hardee Wildcats.
The pirates, looking to start the season 2 and 0, getting a hollywood-esque entrance to the game!
From the smoke to the field!
First, let's give some love to the pirates special teams!
They get a piece of this punt, giving the offense great field position.
And, Port Charlotte capitalizes! Logan Rogers takes the shotgun snap, rolls out left, he's gonna throw a dart to Dylan Lockhart.
He's gonna go untouched into the end zone.
More pirates here, Rogers rolls out left this time... He makes it look easy... On the run... He lobs it a good 30 yards down field to Lockhart again for an 85-yard touchdown!
In the end it was close though, Port Charlotte wins this one 21 to 14.

From Charlotte, down to Lee county, where two powerhouses took the field. The Riverdale Raiders and the North Fort Myers Red Knights.
North Fort Myers always a big football school, that means a lot of team spirit from the fans, the cheerleaders and the band.
But it all comes down to what happens on the field.
The Red Knights have the run game going, Parker O'Dell, the transfer from Cape Coral takes off on the play and stiff arms the Raiders defender!
That stiff arm though was costly- a flag for illegal hands to the face sets north fort back.
Overall, this was a strong defensive game with few big plays and a lot of stuffed runs.
This was a squeaker in the end! The Red Knights win... 9 to 6!

Staying in Lee County,the Island Coast Gators looking to bounce back after an upset last week.
Facing the Mariner Tritons in white.
Mariner matriculating the ball down the field here, using short passes and runs to push the Gator defense.
You can see, the deep game though, not working so well for the Tritons on the incomplete pass here.
Island Coast's turn now, Keon Anderson cutting in.. Cutting ou, and getting a gator first down here!
The gators win this one 27 to 20.

It's the worst part of playing football in Southwest Florida, the constant threat of thunderstorms!
It shut down the start of the Lely game.
Per protocol, fans had to evacuate the stadium and wait for the storms to clear.
It took about an hour and change, but the players were eventually allowed to take the field.

Our photographer had to leave before this game wasn't able to start, but Fox 4 viewer Chris Vetor had our backs!
On the opening kickoff, Tyler hall gets the ball and gets a great return, taking it 28 yards up the field.
Then, Gulf Coast goes on the aerial attack!
They go play action and complete a 29 yard rocket to Chris's son... Carson Vetor!