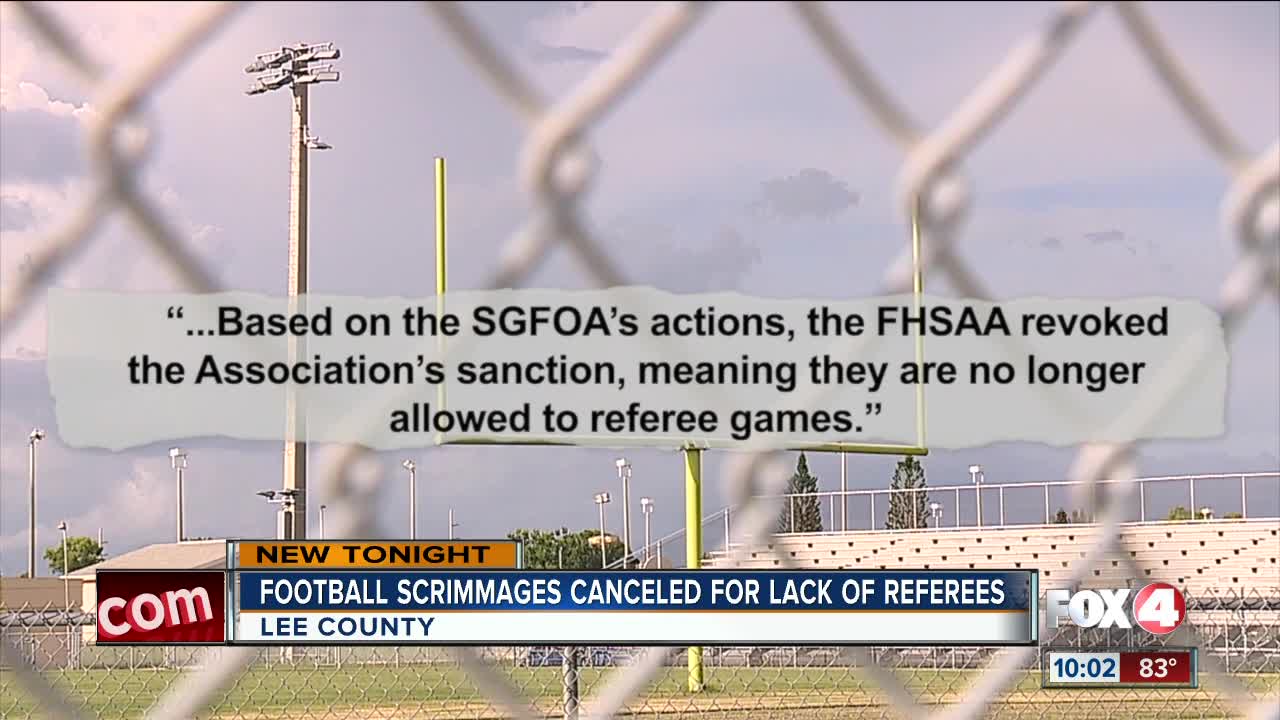 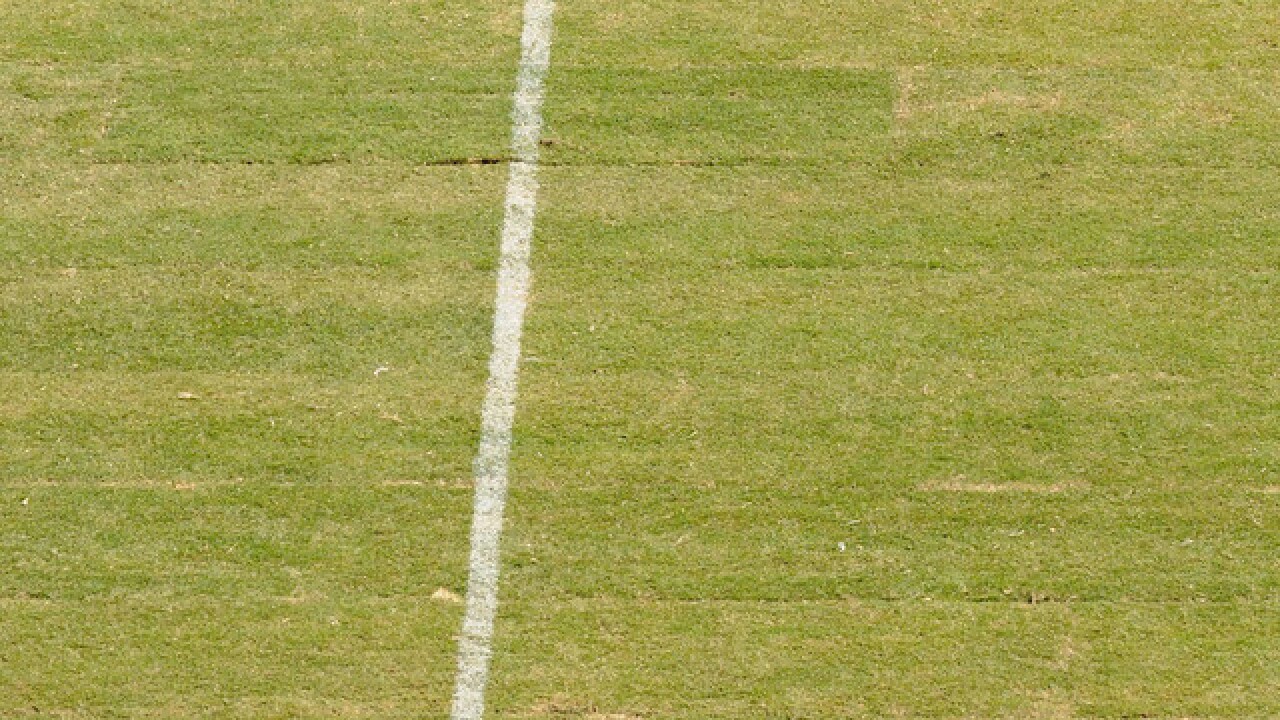 LEE COUNTY, Fla. — All Lee County High School preseason football games have been canceled this week due to the ongoing debate over pay for referees.

There will be no Friday night lights in Lee County as the district announced a few hours ago all home football scrimmages would be canceled.

The coach Fox 4 spoke with says his main concern is for the kids.

Right after practice we just found out, I know some of the kids are devastated that are in Lee County.

The Lee County School District sent out a statement saying all home football scrimmages will not be played this week due to a breach of contract by the South Gulf Football Officials Association.

It all comes down to money.

The district says the Florida High School Athletic Association sets the maximum amount of money for referees, but it's still not enough to reach an agreement.

According to the statement, based on the South Gulf Football Officials Association actions, the FHSAA revoked the association's sanction, meaning they are no longer allowed to referee games.

This Friday is the kick-off classic, which is a pre-season game.

But it's still important; you only get one here in Florida.

However, this Friday, the fields and stands in Lee County will be empty.

There's a meeting scheduled on August 26th to discuss the short and long term plans.

You can count on fox 4 to keep you updated on the outcome.