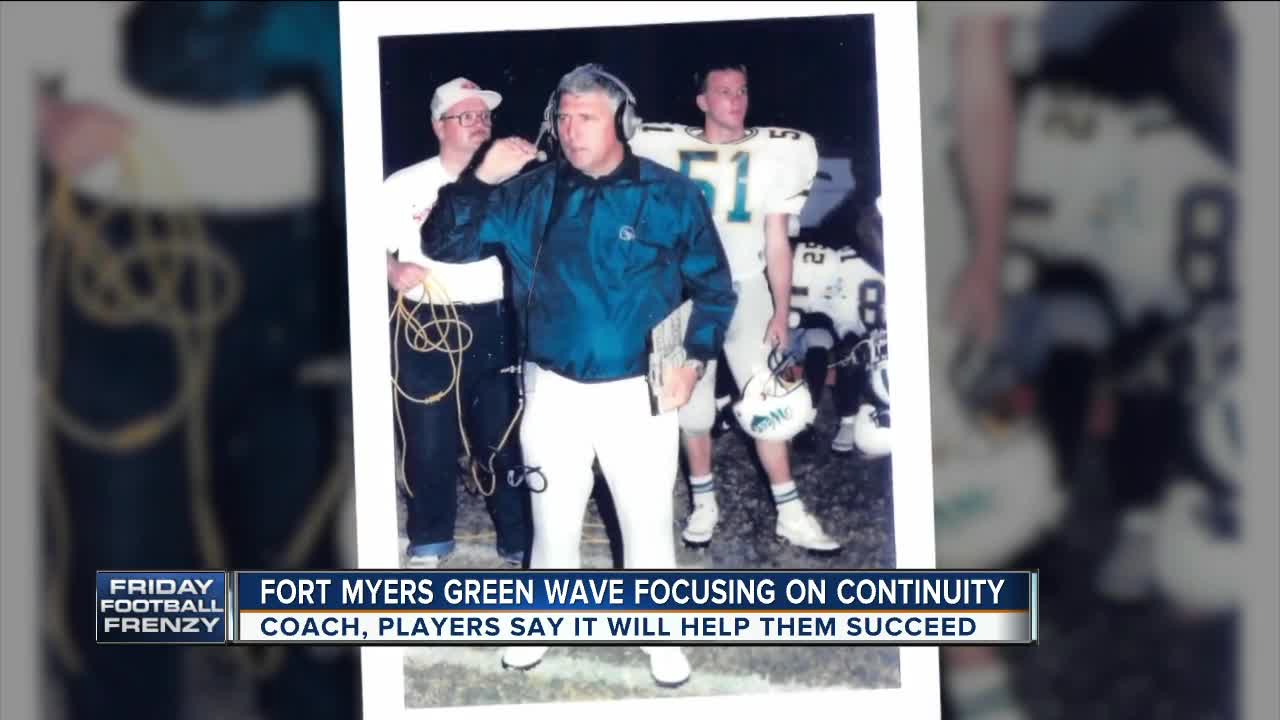 Fort Myers High School is playing their one-hundredth season on the gridiron. 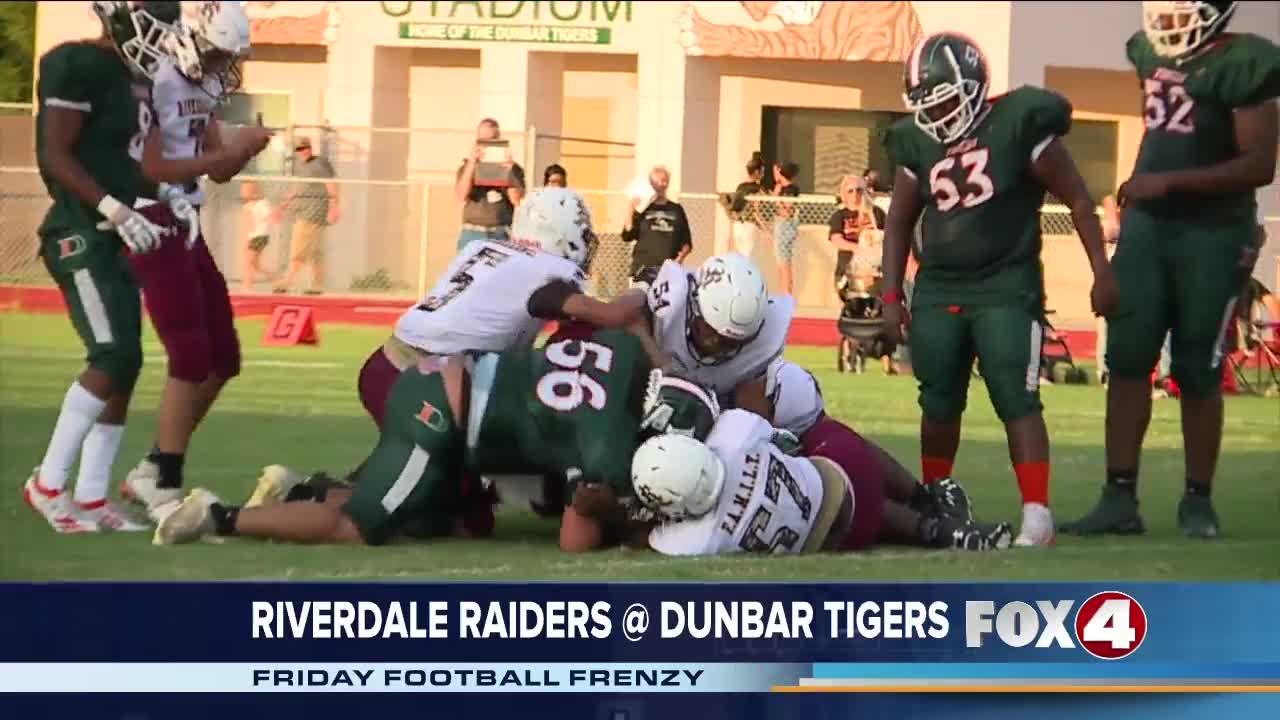 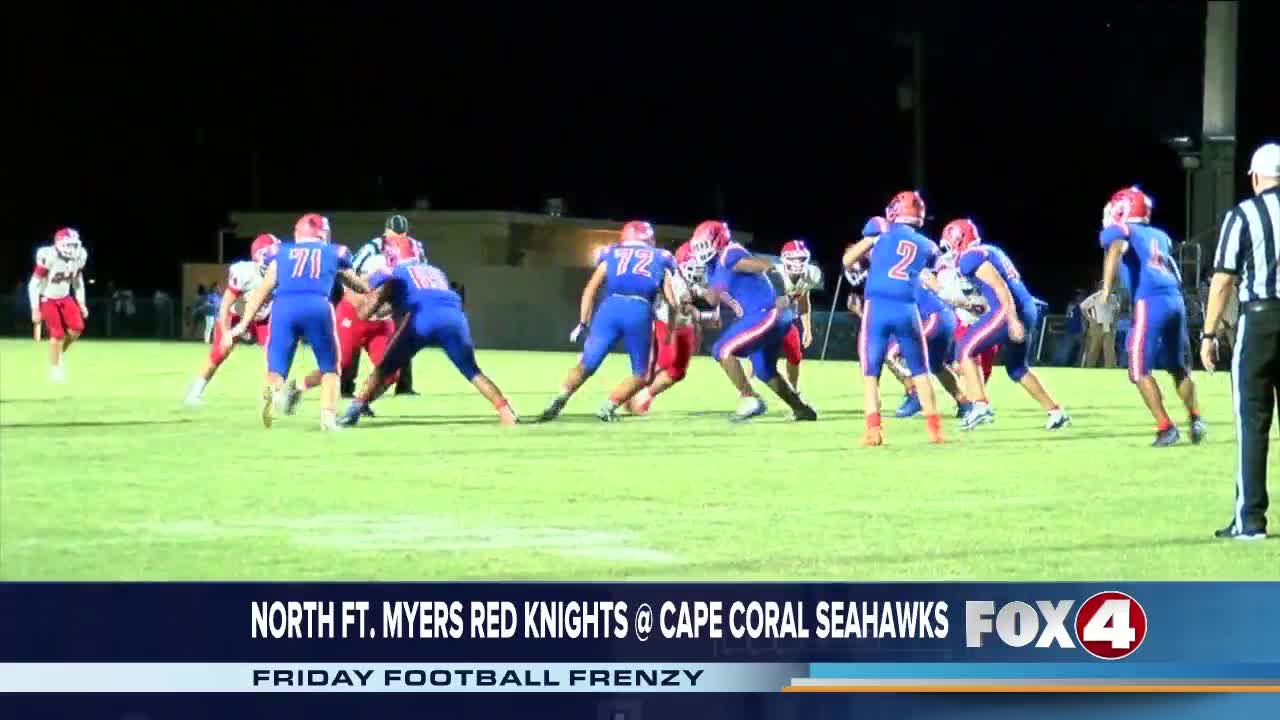 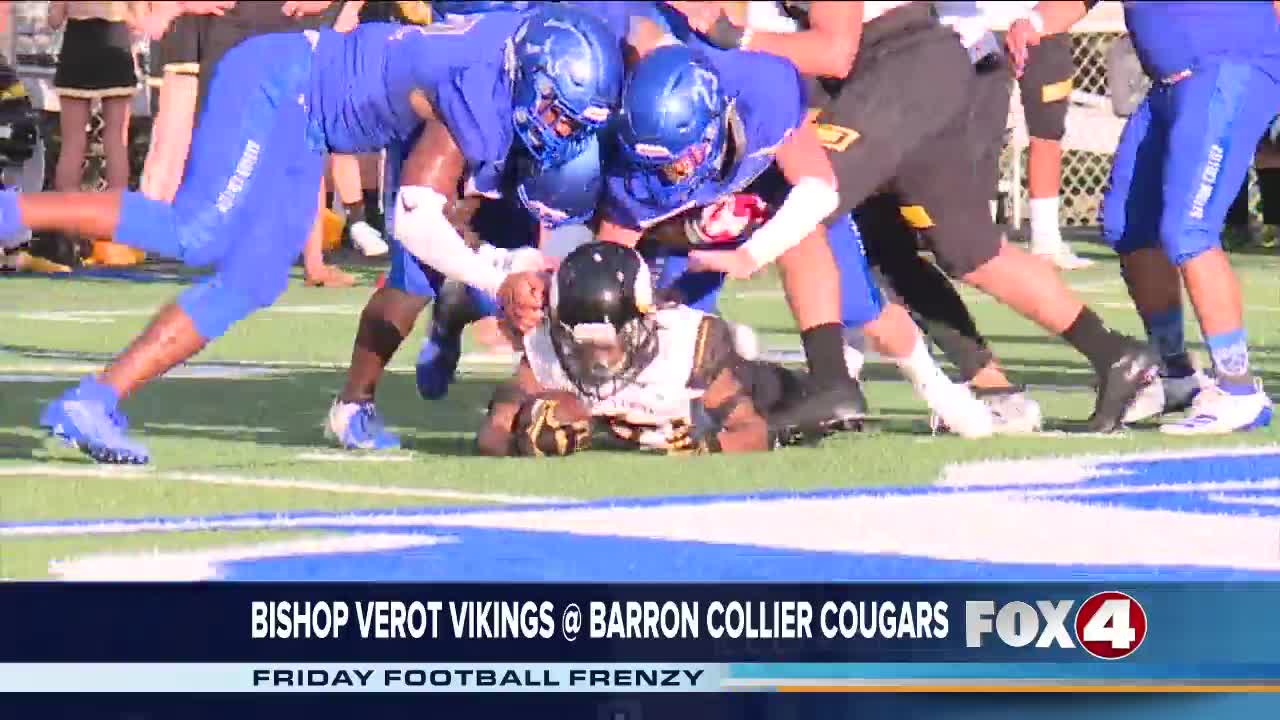 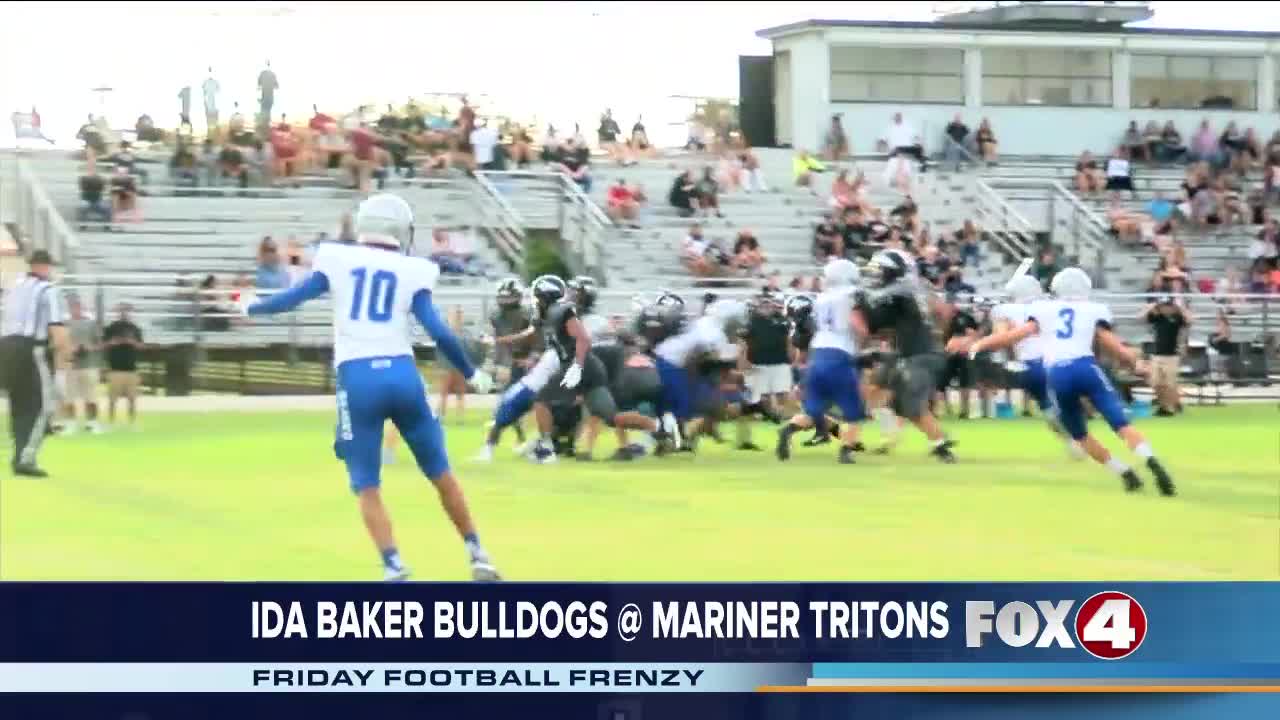 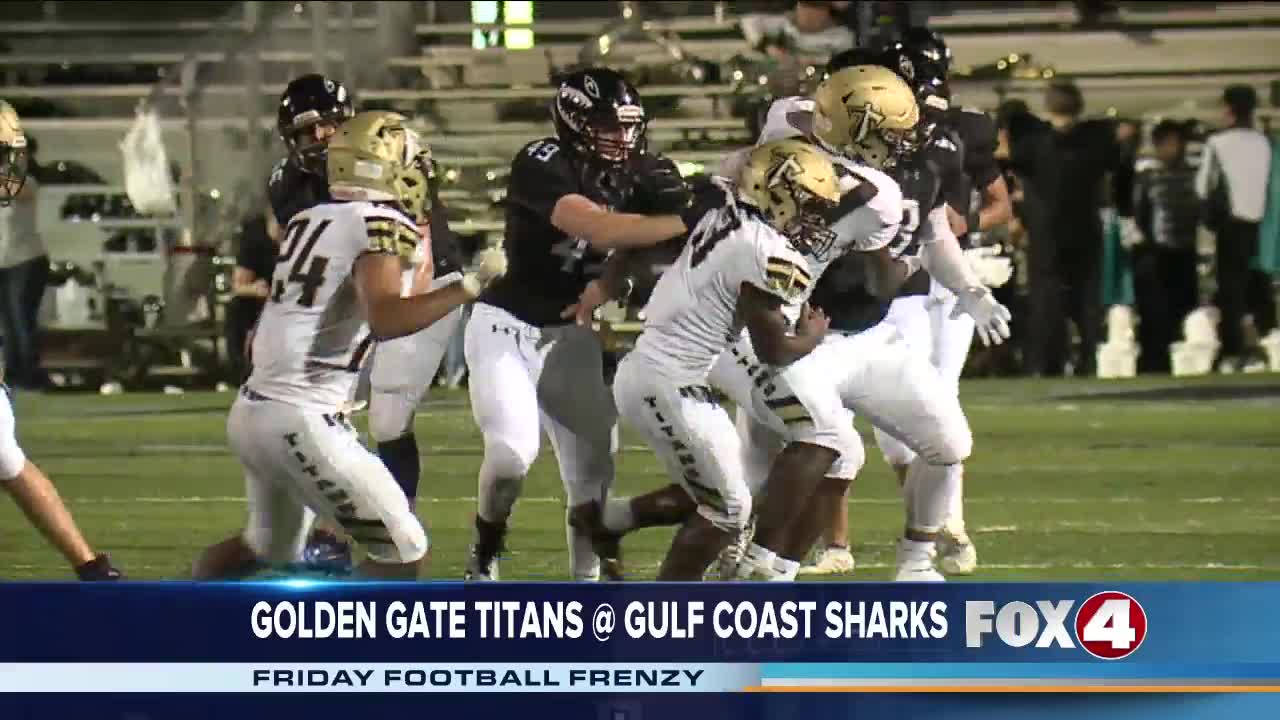 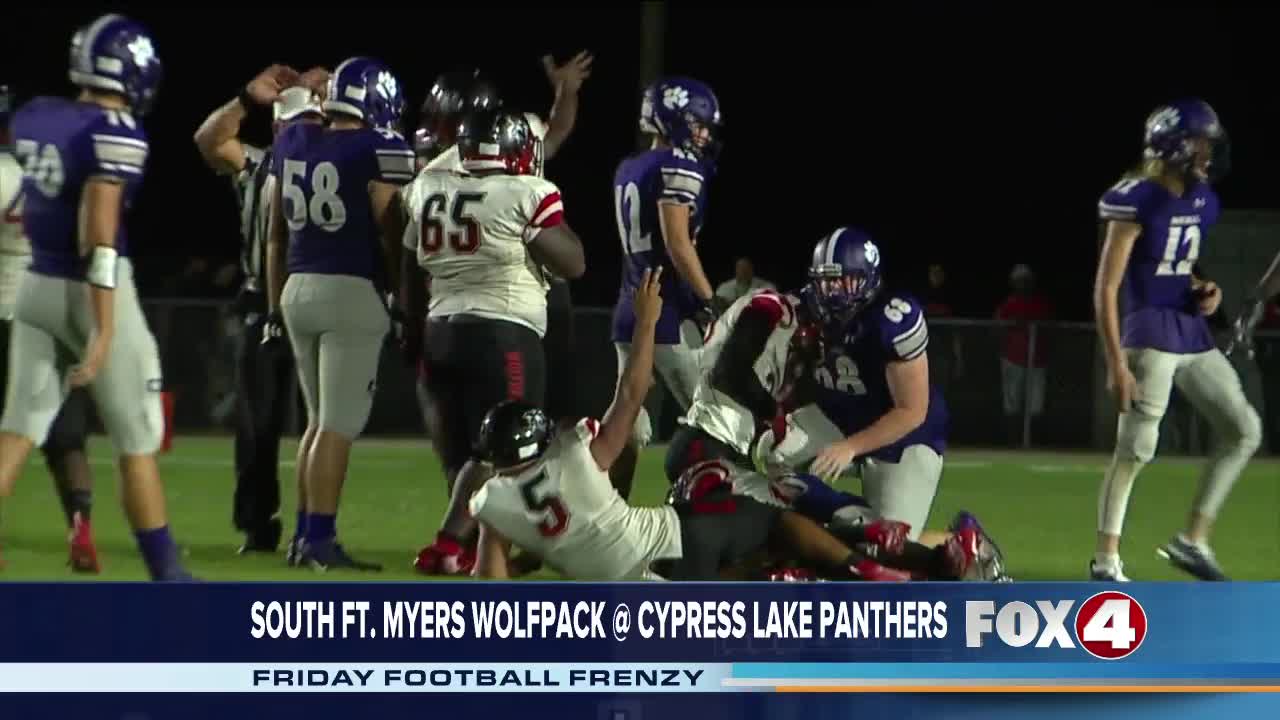 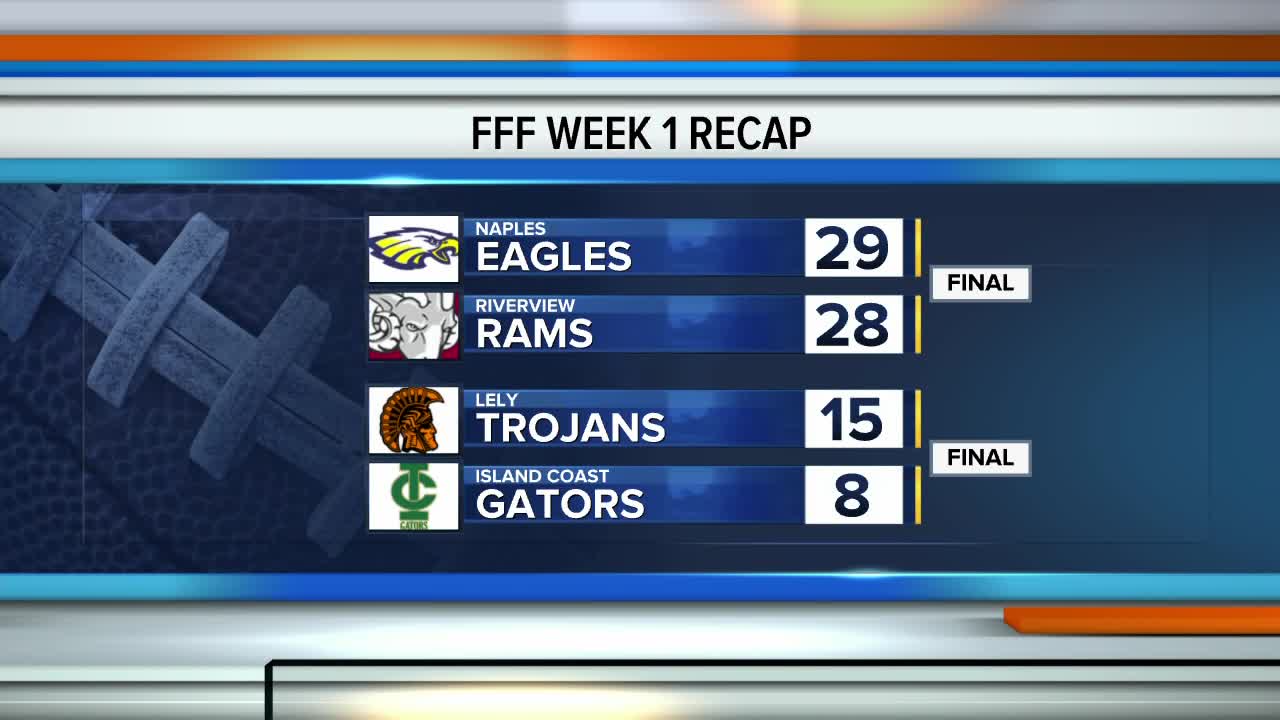 High School football is back in Southwest Florida and Fox 4 has all your highlights for tonight’s games and the rest of the season.

In the first quarter Senior, John Colleus catches the screen pass he's going to juke some people out.

The cheerleaders and the crowd loving the score, but It was the Blue Streaks turn next.

Running Back EJ Lockett takes it up the middle there for the short score.

Next up It's another great game- over in Dunbar where the Tigers took on the Riverdale Raiders.

The Dunbar band is jamming decked out in some orange and green threads.

The next play was music to Riverdale's ears.

Tigers Quarterback Jarques Riggins rolls out of the pocket, but the Raiders knock the ball loose.

There's some fighting for it in the pile, but eventually, Riverdale recovers it!

The first points go to Dunbar who gets a safety!

Later on, the Raiders driving Quarterback Dylan Alif calls his number taking it up the middle on the QB keeper!

The Red Knights end up crushing the Seahawks winning 45 to 7.

1st Play: Cypress has ball #12 QB hands off to #4 goes one way turns and goes another way only to have the ball knocked out of his hand's fumble recovered by #33 from South Fort Myers.

2nd Play: South Fort Myers do a reverse to #2 who goes out of bounds at the 10

3rd Play: #4 from South Fort Myers runs the ball down the middle tried for a touchdown but was inches away.

The wolf pack wins a close one beating Cypress Lake 6 nothing.

Fans for the Ida baker Bulldogs came out in full force.

The Bulldogs wasted no time getting to business with wide receiver David Agguire getting the first touchdown of the game.

Within minutes running back Cade Reynolds scored a touchdown putting the Tritons back on the board.

Quarterback David Graves with the Bulldogs started the second quarter a little rough with an incomplete pass.

One of the perennial top teams in our area the Naples Eagles were out of Southwest Florida playing another good team The Riverview Rams.

The 9th-ranked team in our area the Island Coast Gators they get upset when the Lely Trojans went gator huntin' winning 15 to 8.