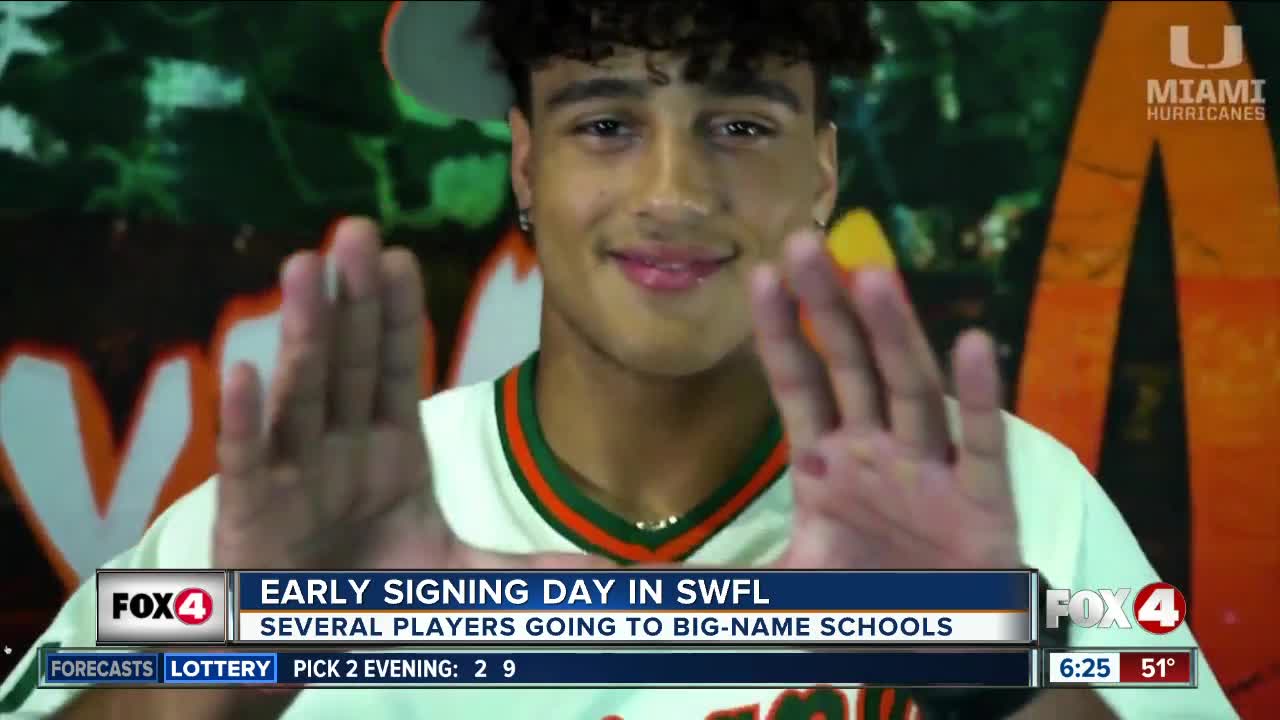 High school athletes in Southwest Florida have a reason to be excited after announcements on Wednesday that a lot of them are heading to the next level to play football.

LEE COUNTY, Fla. -- High school athletes in Southwest Florida have a reason to be excited after announcements on Wednesday that a lot of them are heading to the next level to play football.

Cayden Baker has been a standout offensive lineman with the Fort Myers Green Wave. Now he'll take his talents to the University of North Carolina.

Wednesday was early signing day, and Baker was just one of several players in our area signing up to play at some big-name colleges.

His teammate, receiver and safety John Coleus, is also playing Division One ball for the University of Toledo Rockets.

Naples has three players going on to play at the next level. Tight end Dominic Mammarelli is heading across Alligator Alley to play for the University of Miami. Outside linebacker Ar'quel Smith is heading to Iowa State to suit up for the Cyclones. And lineman Mike Fangman is also heading out of state to play for the Missouri State Bears.

A Dunbar player will be planting the spear in Tallahassee; safety Jadarius Green-McKnight is heading to Florida State to play for new head coach Mike Norvell.

If you saw any North Fort Myers games this year, you probably saw Blaise Sparks. The 6 foot 7 offensive lineman literally stood above most players on the field. He'll now head to the University of Illinois.

Our charter and private schools are also sending some talent to the next level.

Bishop Verot's Marc Taglieri Jr. is heading to Bryant University in Rhode Island, and Elijah St. Germain' from Oasis High will be heading north as well to Long Island University.