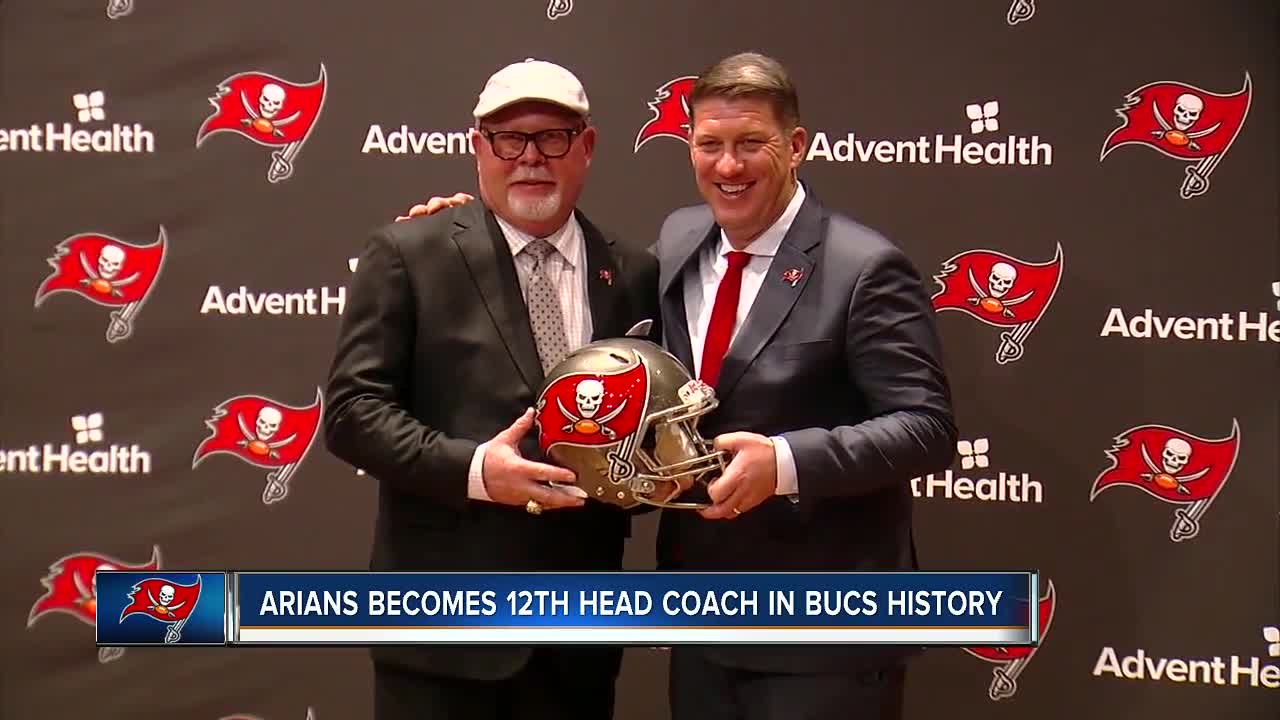 Tampa Bay's bid to lure Bruce Arians out of retirement and back to the NFL included a pitch from baseball manager Joe Maddon. The 66-year-old coach grew up in York, Pennsylvania, not far from Maddon's hometown of Hazelton. He and the Chicago Cubs skipper have grown close since Buccaneers general Jason Licht introduced them several years ago. 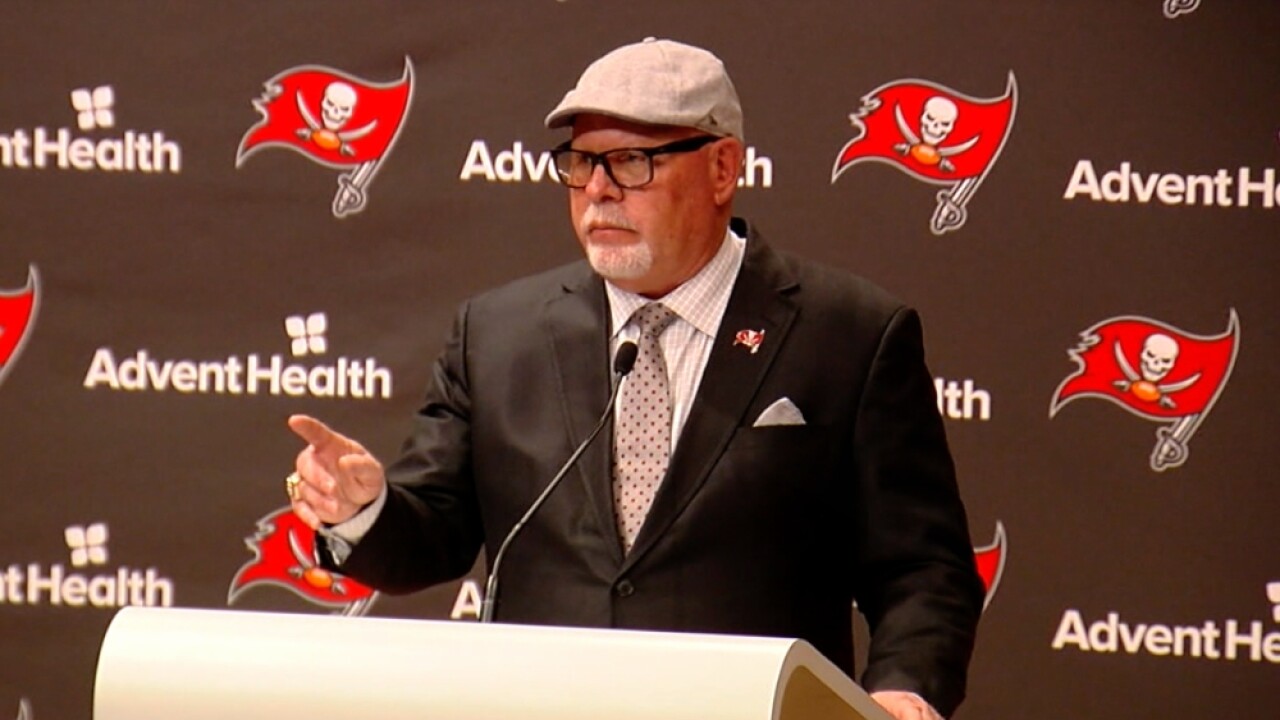 TAMPA, Fla. (AP) -- Tampa Bay's bid to lure Bruce Arians out of retirement and back to the NFL included a pitch from baseball manager Joe Maddon.

The 66-year-old coach grew up in York, Pennsylvania, not far from Maddon's hometown of Hazelton. He and the Chicago Cubs skipper have grown close since Buccaneers general Jason Licht introduced them several years ago.

Maddon, 64, managed the Tampa Bay Rays for nine years before moving on to the Cubs in 2015. He lives in Florida during the offseason and owns a popular South Tampa restaurant where he and Arians dined last weekend.

"I had already convinced myself. But we're old friends," Arians said Thursday, when he formally was introduced as Tampa Bay's fifth new coach in a decade.

"It was more break bread, have fun. I didn't need any convincing."

Arians coached the Arizona Cardinals for five years, compiling a 49-30-1 record and making the playoffs twice before retiring after the 2017 season.

He cited health concerns and a desire to spend more time with family for walking away, but was unable to fill the void working in a broadcast booth the past year.

"There's something about growing up in the locker room, the bonds and relationships you build in building a football team," Arians said. "The ups the downs, and all the things that go in between, is probably what I love most about the game. I missed the arena."

Licht knew Arians from the GM's days as vice president of player personnel in Arizona, but stressed he also was everything the Bucs were looking for -- a coach with a commanding presence and proven track record for winning and developing players and assistant coaches, as well as someone who would bring some swagger to the team.

"He wants to put a (Super Bowl) ring on everyone's hand in this organization," Licht said.

"He has a fire and passion for this game that burns very deep inside," Bucs owner/co-chairman Bryan Glazer said, adding Arians is a "confident, proven leader and has a clear vision and plan for getting our franchise back to playing winning football."

And Arians, who inherits Jameis Winston as his starting quarterback, doesn't believe it'll take long to transform the Bucs into a championship contender.

"I think we have the core here to win quickly," Arians said. "I'm not about building, I'm about reloading."

When Arians was hired in Arizona, he took over a team that finished 5-11 the year before his arrival and went 10-6 in his first season in 2013.

"This one's much easier, I believe," he said. "When I walked into Arizona we had no quarterbacks."

However, the Cardinals quickly filled that void by trading for Carson Palmer.

Arians has known Winston since the 25-year-old quarterback was a high school player attending one of the coach's football camps in Birmingham, Alabama.

Winston is 21-33 as a starter over the past four seasons and only one quarterback -- Jacksonville's Blake Bortles -- has more turnovers than Winston's 75 since he entered the league as the No. 1 overall pick in the 2015 draft.

"No pressure. No pressure whatsoever. I want him to relax and play the game. Talent's no issue. It's just (playing) a little smarter," said Arians, who's hiring former Cardinals assistant Byron Leftwich as his offensive coordinator.

"With Clyde Christenson as his quarterback coach and Byron, he's going to be coached as well as he's ever been and more prepared than he's ever been fundamentally and mentally," Arians added. "It's his team. I'll tell our players in the first meeting. This isn't my team, it's your team. We'll be as good as you want to be."