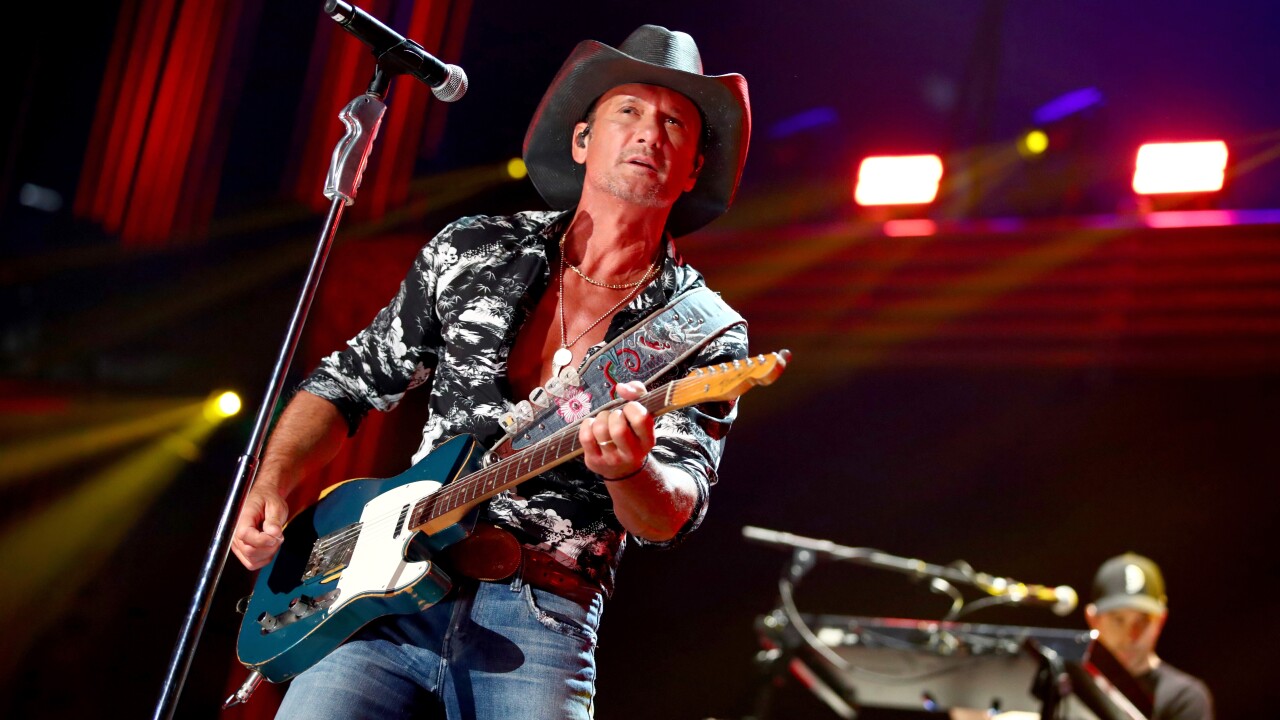 The Bucs start their season against the San Francisco 49ers on Sunday, September 8.

The concert is free to all patrons with a ticket to the game and is part of the team's NFL Fantennial Celebration commemorating 100 years of NFL football.

“As teams all across the league prepare to celebrate 100 years of NFL football, we wanted to usher in this historic season in unprecedented fashion,” said Buccaneers Chief Operating Officer Brian Ford. “This free pre-game concert with country music superstar Tim McGraw will provide an unforgettable start to the NFL’s 100th season.”

The concert begins at 2 p.m. and will be held in the plaza above the south end zone concourse at Raymond James Stadium. Ticketed fans will be allowed to enter the stadium beginning at 12:30 p.m. with parking lots opening at 11:30 a.m.

McGraw is slated to perform a variety of his No. 1 hits as well as an encore halftime performance.

“The start of the NFL season is one of my favorite times of the year,” said McGraw. “I love football and I’m pumped to be kicking off the NFL’s 100th season together with all the Bucs fans in Tampa.”

Tickets for the game start at $45 and are on sale here .