FOX 4 News/WFTX-TV is moving frequencies. Here's what you need to know.
SportsBuccaneers

Fitzmagic returns: Ryan Fitzpatrick will start in place of Jameis Winston for Bucs in Week 9 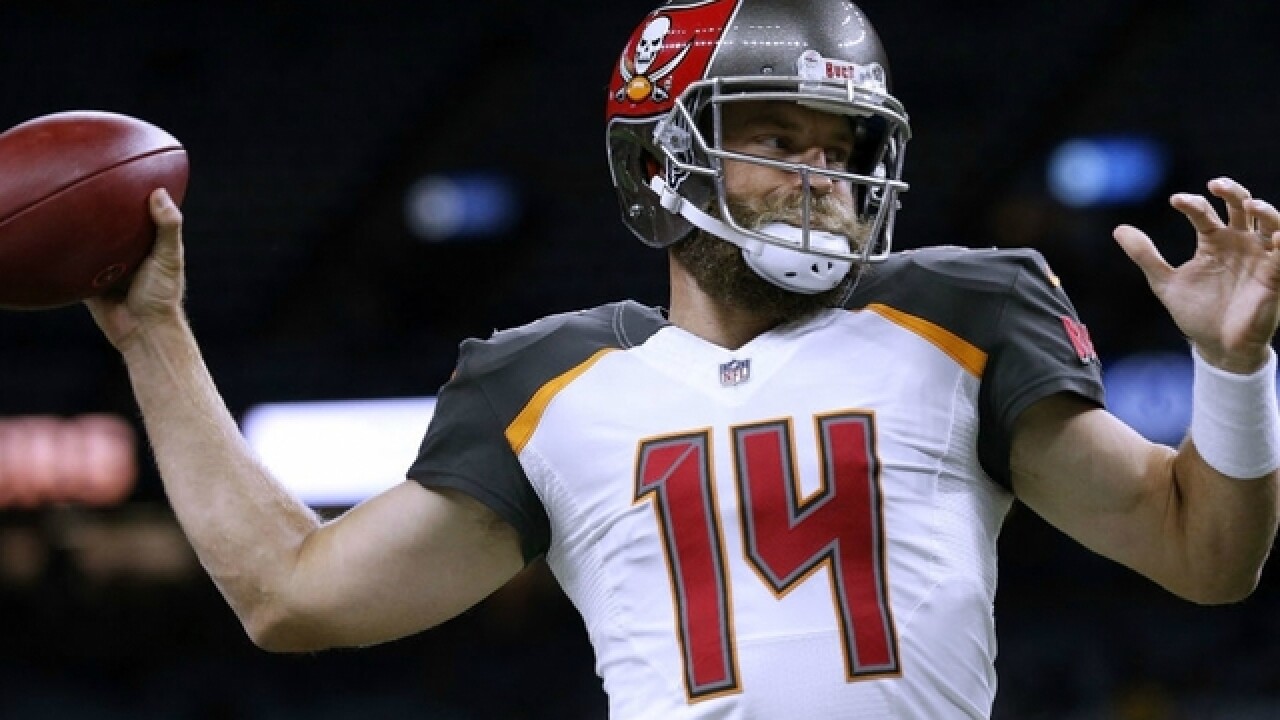 Image copyright 2018 Getty Images. All rights reserved. This material may not be published, broadcast, rewritten, or redistributed.
Jonathan Bachman/Getty Images
<p>NEW ORLEANS, LA: Ryan Fitzpatrick of the Tampa Bay Buccaneers warms up before a game against the New Orleans Saints at the Mercedes-Benz Superdome on September 9, 2018 in New Orleans, Louisiana.</p>

Tampa Bay Buccaneers head coach Dirk Koetter has named Ryan Fitzpatrick the starting QB for the team in week 9 against the Panthers.

The move comes after Jameis Winston threw four interceptions and was benched in the Bucs loss to the Cincinnati Bengals Sunday afternoon.

'Fitzmagic' took the Tampa Bay area by storm early in the season when the Bucs jumped out to a 2-0 start. However, Jameis Winston eventually won the starting job back.

The Bucs will take a 3-4 record into Carolina next week when they take on the 5-2 Panthers.