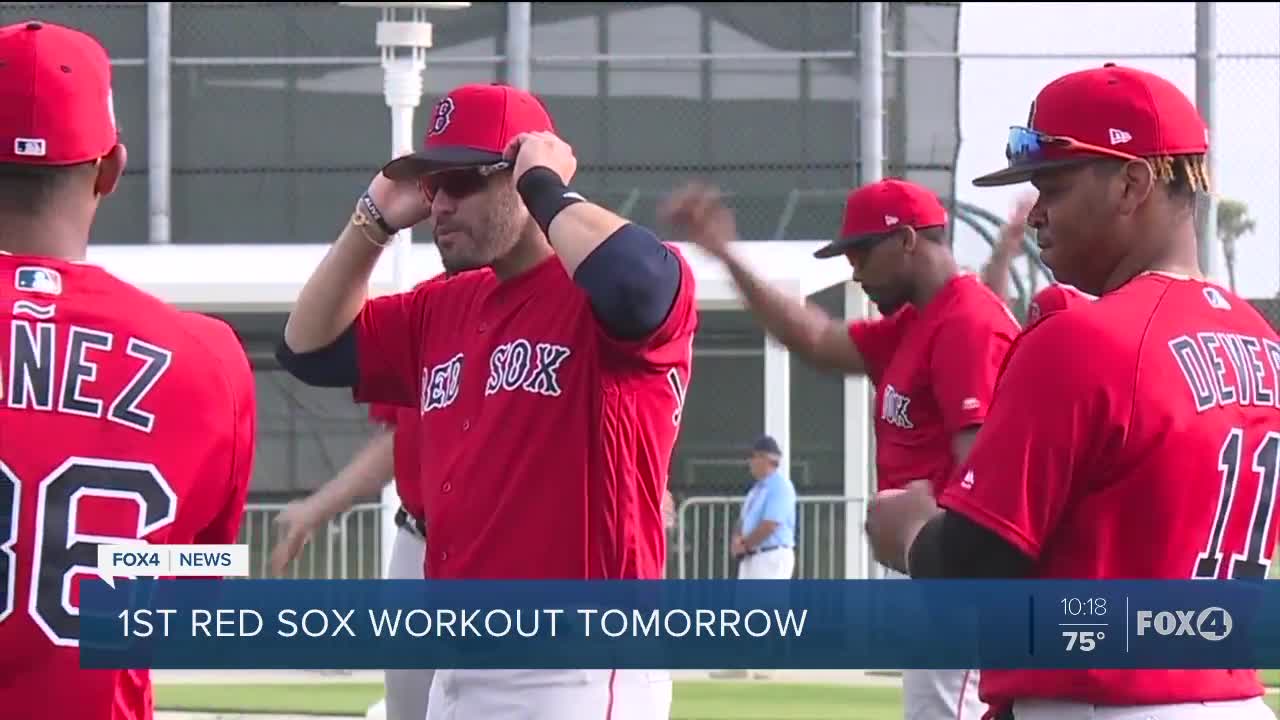 The Boston Red Sox have their first workout for the season. The event is free and open to the public.

The team will play a total of 18 home games, including 17 Grapefruit League games and a game against the Northeastern University Huskies. Red Sox Spring Training is presented by CVS Health.

The club will once again hold an Open House at JetBlue Park on Saturday, February 15, from 11 a.m. to 3 p.m. The free event, open to the public, welcomes fans to walk around the park and the grounds, while enjoying concessions and entertainment on Fenway South Drive a street festival inspired by Jersey Street in Boston.

The 2020 season is the Red Sox’ ninth at JetBlue Park at Fenway South. All day games are scheduled to begin at 1:05 p.m. Only one-night game is scheduled for March 21 at 6:05 p.m. when the Red Sox host the Baltimore Orioles.